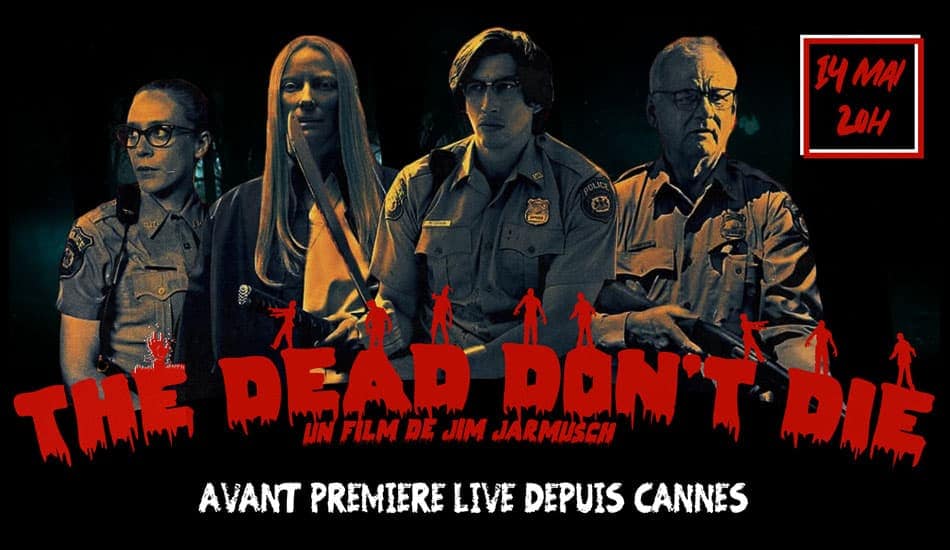 There are times when you should ignore the critics and just, based on who’s in it, watch a damn movie. This is one of those times. Is ‘The Dead Don’t Die’ perfect? Not by any stretch, but you get to sit down and witness an outstanding cast offer you zany jokes about the undead walking around a little town. It’s a zombie film! Relax your standards a little and watch it for the cast. Watch if for the camp. There’s plenty of it and it’ll certainly take your mind off your troubles for a little while. We need that these days. It’s Father’s Day weekend. If your dad has a sense of humor, take him to this movie! I’m done ranting.

There’s plenty of gore in this zombie effort but where it really excels is in its kook. There are a lot of clever moments in this flick. As I mentioned, I love the cast, but I also like the tone of it and the attitudes of the characters. The film is appealing, mostly because it isn’t scary. It isn’t meant to frighten but what I found most inviting is how it looks and smells of the old Ed Wood style of filmmaking. It’s quite possible that’s what Jim Jarmusch (Paterson, Only Lovers Left Alive) was going for. I sense this will eventually fall into the same status, as well. ‘The Dead Don’t Die’ could be the film that wouldn’t die either. Good for him if it lives on. Seems to me, Jarmusch was simply out to make a fun film for people who have a sense of humor and don’t take things so seriously… to hell with the critics, this is for some laughs.

In the town of Centerville, Bill Murray and Adam Driver are two of the three police officers in town. They play Cliff and Ronnie, respectively, while a third officer, Mindy, is played by Chloë Sevigny. Driver and Murray have perfected the art of deadpan and use it to its full potential here. Polar Fracking has caused a change to the earth which has shifted off its axis and now everything has gone haywire, even time. Coffee-loving zombies enter a diner and, to their joy, find a couple of employees to dine on, too. This scene is rather graphic but again… zombie film.

Three cops are on their own to rid the town of the serious problem of a Zombie Apocalypse. They have to stop it, but how? Luckily, zombie films are out there. The advice in films has always been, ‘The only way to kill the dead, is to kill the head.’ There are plenty of cameos to entertain you. Steve Buscemi is a farmer wearing a ‘Make America White Again’ hat. That’s a nightmare, actually. Tilda Swinton comes out of nowhere wielding a Samurai sword like a Jedi handles his lightsaber and, you’ll cherish this… Adam Driver has a ‘Star Wars’ keychain. You’ll love other movie references and pay attention to the song. The movie is filled with little gems you’ll have a great time spotting. And! I refuse to ruin anymore for you. Look. It can be slow at times. The pacing might have you looking at your watch, (Because we don’t look at our phones in a theatre, correct?!), but ultimately, with such a deliberately biting and satirical script, how can you go wrong? It’s summer. Loosen up and have some fun!