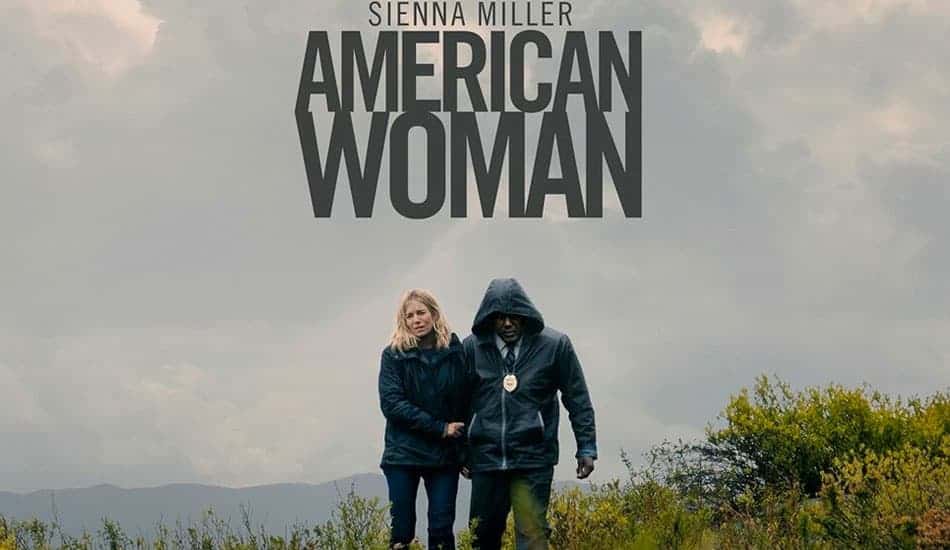 ‘American Woman’ gives a captivating study of human nature as it tells the story of a woman named Deb (Miller), living in small-town America. That small town starts closing in on Deb fast when she finds herself facing the biggest challenge of her life. Deb has relaxed values and big dreams but seems to be going nowhere. When in high school, those dreams were dampened by the fact that as a teen, she got pregnant and had a daughter, Bridget (Ferreira). Now, that teenage daughter has had a child of her own, a toddler named Jesse. They’re both living with Deb who, with what little skills she has, does the best she can to care for them.

Living across the street from her wise, older sister Katherine or ‘Kathy’ (Hendricks), who she often quarrels with, helps when she needs someone to turn to for advice. Living that close isn’t always easy but when Kathy isn’t getting into her business too much, they get along. Kathy encourages Deb to stop rejecting her advice but cares for her sister despite her own failures of getting her to listen.

Due to many disappointments in her life, Deb has anger issues and can be difficult to deal with herself. She has learned how to be tough, trusts very few people and is getting harder with each passing year. She comes across as abrasive which is the façade she uses to protect herself. Though she hasn’t seen much proof of love outside of her family, she believes in it and yearns to be cherished… for the time being. There are early scenes that not only set up how selfish she can be but how genuine and caring, as well. Deb has learned to be fiercely independent, however, the little girl inside of her still aches to be cared for and longs to be adored. Despite how everyone feels about it, she dates Brett (Audley) a married man, yet feels liberated to tell Bridget who to date and who not to. Bridget attempts a relationship with Jesse’s father, Tyler (Neustaedter), hoping to get back with him, but her mother doesn’t make it easy. Bridget goes out with him one night, leaves him early and never returns home. Deb blames him but when days pass and the town is organizing a search and rescue group, she fears the worst and turns her attention to her own sanity. Seeing Brett would help! He agrees to meet with her but when he doesn’t show, there is one hell of an intense scene to follow.

Now, her only concern is taking care of and comforting her grandson. We watch as years go by. You know how many by the age of the boy. Deb hooks up with a man named Ray (Healy) because she needs comfort but finds out how strong she is without a man when he abuses her, and she fearlessly takes him on. She grows to the point of deciding she doesn’t need a man to make her whole. She goes to school and starts a career where people count on her to help them instead of the other way around. She meets Chris (Paul) and likes him… though she wants to be romanced, she doesn’t see any reason to pursue a relationship. This drama is heavy. It has great characters embroiled in intense situations. There’s impressive photography throughout this film from start to finish. Several emotional scenes in the film are conveyed without a word being uttered. The overall tone is set right away and like the film’s protagonist, you can’t break free of it no matter what you do.

‘American Woman’ is a tale that displays the strength of family; how they stay together no matter what comes at them but also offers that there’s a time when you must move beyond their support and define your own abilities. Kudos to the performances of the entire cast! By the time the movie’s over, you’ll feel like you’re a part of the family.

In the Phoenix area, see this at: