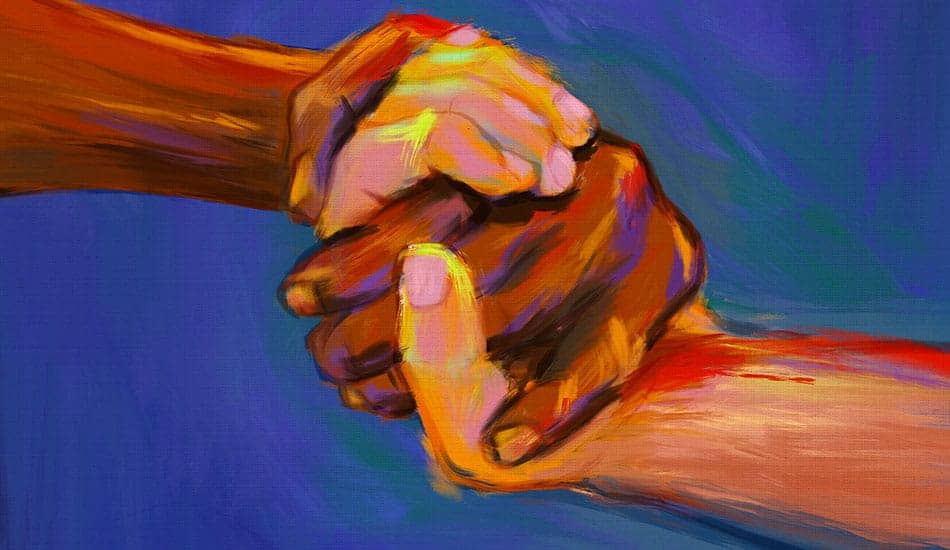 With the film ‘5B,’ directors Paul Haggis and Dan Krauss, along with the caregivers of Ward 5B, relay the stories of the first patients in the ward. Those admitted to 5B were stricken with the AIDS virus. This documentary tells the pains the patients suffered, the struggles the staff encountered and what the city of San Francisco, as a whole, went through at the time the AIDS epidemic hit. It’s heartbreaking to watch, especially when you digest the age of the patients and how long they lived once diagnosed.

After showing nurse Cliff Morrison walk through the empty halls of 5B, where so many young people lost their fight against AIDS, the film takes us to the Castro District of San Francisco in the 1970s. There’s a brief clip of happy lesbians and gay men out of the closet on full display. They’re hugging and kissing, pleased to be out in the open for the first time in their lives. Then, suddenly, the ‘80s hit. The ‘80s were a medical nightmare for some of these poor individuals because of the AIDS crises. We’re back in ’81 where Tom Brokaw gives a news broadcast that tells us the Center for Disease Control in Atlanta has done a study on a new and fatal illness. Interesting timing. Anyway, he warns that the ‘Lifestyle of some male homosexuals has triggered an epidemic of a rare form of cancer.’ At the time, if you were diagnosed with this ‘gay cancer’ it was 100% fatal.

Hospitals were filling up with patients who were writhing in pain and covered in lesions. The staff was ill-equipped to deal with them. David Denmark, who worked at San Francisco General Hospital, the hospital that eventually created 5B, said that people were ‘afraid’ of the patients. As they were dying almost as fast as they were admitted, he knew that they weren’t going to be curing people but he was compelled to help, especially knowing others were ignoring their duties. The documentary describes and illustrates for us how nurses were terrified to touch AIDS victims, clean their rooms, even take the dinner trays after they ate their food. They were isolated and alone and as their stay lengthened, they lay dying with virtually no human contact. Cliff Morrison came to the conclusion that he had enough. He was incredibly angry at the treatment of these people rather than frightened he’d catch anything from them. So, a special dedicated AIDS unit was created by the nurses. It wasn’t known yet whether the virus was airborne or not but half of the country was certain you could catch it through casual contact. None of them worked at San Francisco General. The film makes it abundantly clear that the dedicated caregivers who worked in this ward didn’t care. They took an oath and that oath says you must care for people. If you want to work with patients, take care of them. The nurses sat with them, massaged them, spoke with them and made sure they had plenty of human contacts. They treated them with dignity because that was being lost. Previously, they were being ostracized, neglected and unattended. Mary Magee, who heard how people were treated and was moved to work in the ward, rushed to San Francisco and joined the team. It was important to her that she help people during this time. Of the deaths, she said, ‘It was a very, very unpleasant death.’ Imagine going through it shoved in the dark alone. People were struggling to breathe and in pain. They were treated, released and would come back worse. They could go from not feeling well to terminal in a span of four months. Cliff said, ‘If we can’t save these folks, we’re gonna touch them.’ So they did.

The film covers a lot of the politics surrounding AIDS in the country at the time, as well. One notable remark was from 1987, six years into the epidemic, Ronald Reagan addressed the United States about AIDS for the first time ever. By then, 21,000 people had already died from the illness. Another was that the Mayor of San Francisco at the time Diane Feinstein’s AIDS budget was bigger than Reagan’s was for the entire nation for two years in a row. That was outstanding to hear but what people went through before the ward was created was staggering. The film is essential watching and should be used in nursing programs and high schools to demonstrate to people the importance of human contact. It’s also a good study on how fear can escalate, turn to hate and be used as propaganda against your neighbor. However, if you feel all is lost with humanity, remember that this can also be seen as what people are willing to do to provide comfort, aid, and assistance to people with an unknown deadly condition, even though it could mean to their own demise. The nurses on ward ‘5B’ were willing to take that chance.

*Opening in multiple locations in Phoenix including;