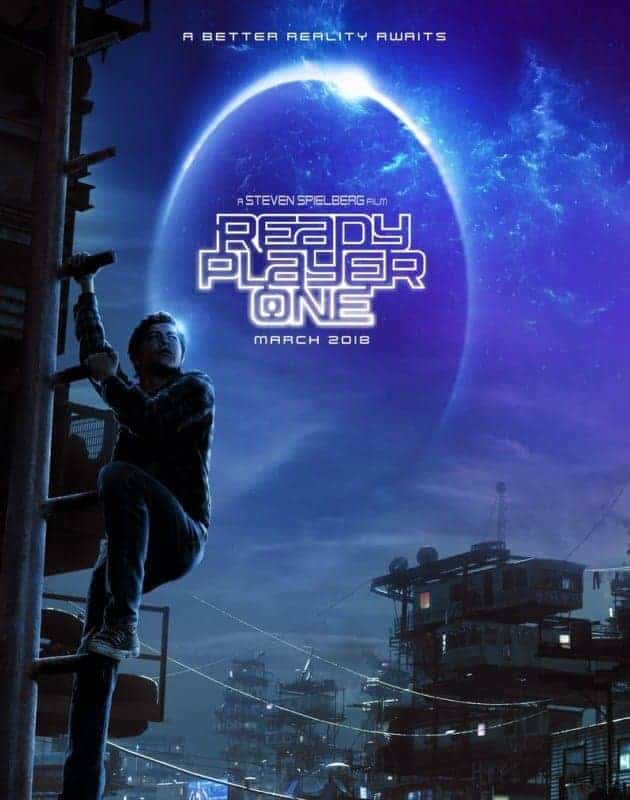 The Future Ain’t What It Used To Be. Perhaps that could be the motto of “Ready Player One”, the new movie from Steven Spielberg. Based on a popular book by Ernest Cline (who also co-wrote the screenplay with Zak Penn), it dystopian look at not-too-distant future where most everyone is fixated on the past.  In the extreme split between rich and dirt-poor, the greater population lives for the ‘OASIS’. It is an online virtual world of fantasy, dreams and hope for better things. The OASIS has a strange fascination for everything from the 1980’s. There is an evil corporation wanting to take over the OASIS and make just another profit center. But there are some underdog game fanatics who want to see the evil defeated and the OASIS world made safe for humanity, IRL (In Real Life).

IRL Wade Watts (Tye Sheridan) is known as Parzival in the OASIS. He has a meager existence for real, living with a poor aunt and her string of abusive boyfriends. They live in ‘The Stacks’ which is a high-rise trailer park of sorts. Wade is more at ease in the OASIS, because of his comprehensive knowledge of the creator of the OASIS, James Halliday (Mark Rylance). Halliday was a cross between Willy Wonka and Steve Jobs, because his intellect was far above his social skills. Before he died, Halliday told the world that the OASIS was up for grabs, due to an elaborate Easter Egg hunt game that he devised to test each person who attempted to compete. The person who can complete the Quest will be the owner and guardian of the OASIS, and one rich dude!

The evil corporation is called IOI and it is led by Sorrento (Ben Mendelsohn), a weasel of a CEO who wants to win the Quest and take over the OASIS. He has plans to charge fees and sell tons of ads, and that is something Halliday would never permit. But when Parzival gets some keen insights on Halliday that gives him an advantage to the get the first Key. There are three Keys that must be found before the OASIS Easter Egg will be passed on to the winner. Parzival meets a very talented fellow Gunter (egG hUNTER) named Art3mis (Olivia Cooke). She has many good skills to use in hunting the Egg. Parzival also has a long-time OASIS friend named Aech (Lena Waithe) who looks like a huge hunky dude in OASIS (but IRL, Aech is named Helen). Aech is wonder in the tech repair department, and Art3mis (IRL, she is Samantha Cook) is now part of the ongoing Quest. 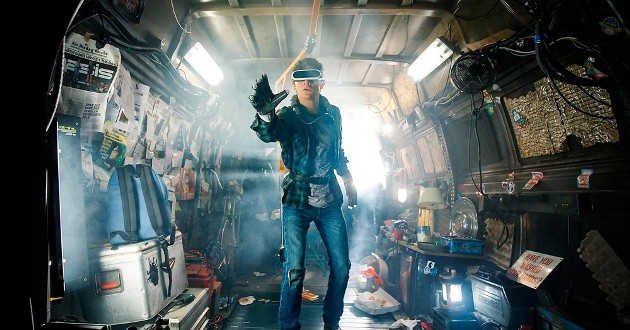 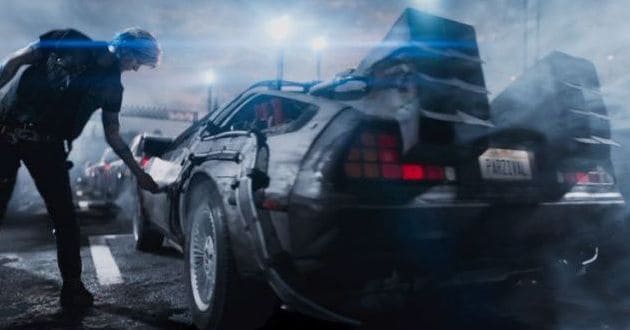 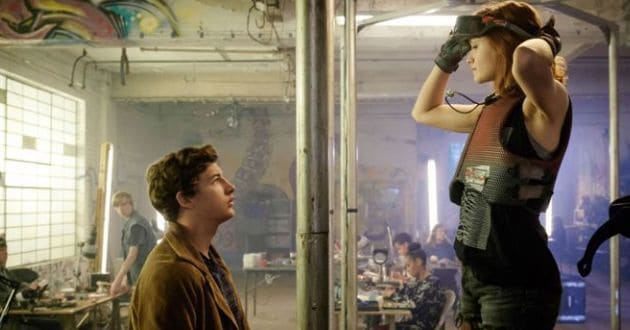 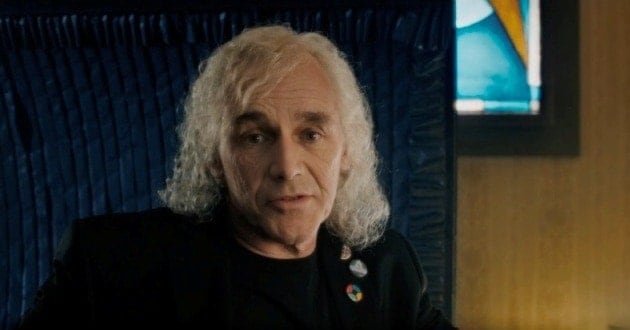 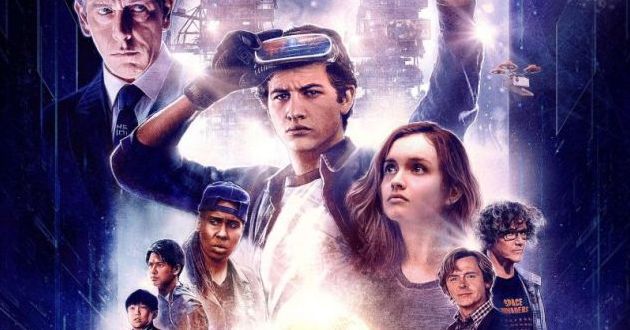 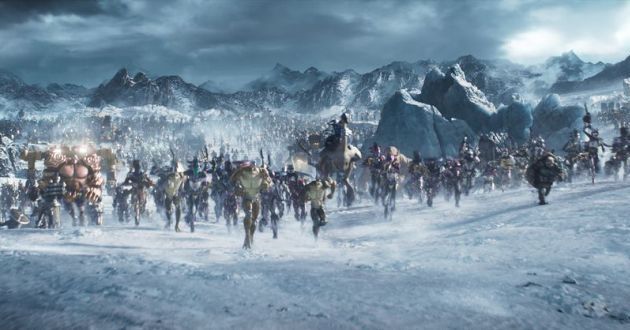 An impossible-to-win road race through the virtual streets of New York leads to the first Key. But Parzival finds Halliday’s special secret route designed to win the race. The entire main group gets a chance to score the first level of the Quest puzzle. This then leads to a new challenge, having to do with the movie “The Shining”. Parzival and Art3mis learn more about James Halliday and his early partner, named Ogden Morrow (Simon Pegg), by watching the videos stored at the Halliday Research Center. The facility is led by The Curator, who is so impressed with Parzival’s knowledge that he gives the Gunter a special coin (that will come in handy later on). Art3mis gets to the final round in “The Shining” and she gets the next Key. Now the group has only one more to collect…

The final Key is hidden on a virtual place called Planet Doom. But evil IOI and Sorrento has paid a weird bounty hunter named i-Rok (T. J. Miller) to get a special Artifact that can freeze out any other players from getting in. There is a fortress on that Planet Doom that is surrounded by the goon squads of IOI. Sorrento and i-Rok start up the Artifact (a special object with special powers) that creates a force field to protect the IOI people and keep out Parzival and his buddies. But when Parzival calls upon all the (virtual) people in the OASIS to come to his aid, he is amazed to see the support that swoops in to help them. Sorrento has run IOI with evil intentions, and there are many people willing to come to assist Parzival reach his goal.

So in the end, the final Key will be found, and the Oasis Easter Egg will be presented. But to whom will it go? Some evil corporation slug, who would want to take the OASIS system and turn it into a costly profit palace only for the rich and famous? Or will it go to some ragtag group of lovable underdogs, who can take the wealth and treasure of the OASIS and make it even more accessible and useful? Well, do ya even have to think about it? The love and affection that Halliday put into the OASIS can be made to multiply and grow, but only in the hands of the right people. That’s the way a true Spielberg movie is gonna end…

The acting is fabulous all around. Ben Mendelsohn plays the evil slimeball perhaps a bit too campy, but he is great. Mark Rylance plays Halliday as shy and socially awkward mega-genius that reminded me of Rick Moranis from “Ghostbusters”. The music score is done by Alan Silvestri, who created a sweeping and majestic sound that does John Williams proud.

Steven Spielberg has taken many an audience on a magical Quest of his own for many other movies that he directed. “Ready Player One” is no slouch in that category of being magical. It is a visual masterpiece and the story takes you into worlds that are powered by pure imagination. Except for the tad bit overlong run time, the movie is modern classic. Perhaps the ‘real life’ segments are a bit flat and not as exciting as parts inside the OASIS. But that seems by design, to show you how much more life could have to offer. 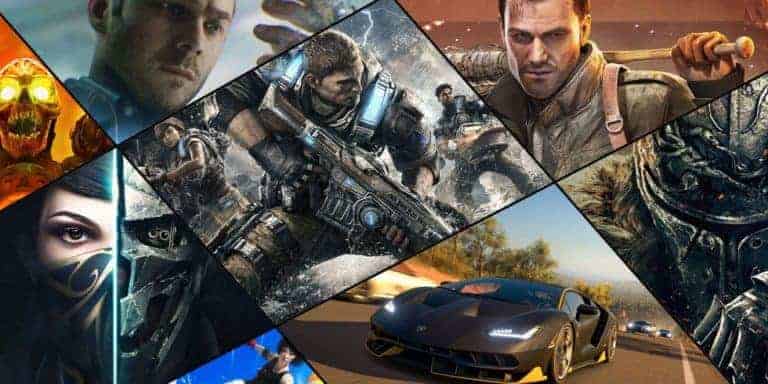 Skincare for the active Gamer? You bet! …

Look your best while conquering worlds, dropping zombies or racking up mad points. With more and more women getting into the world of gaming, Gameperiod.com has just published their user gift guide and featured Quench Beauty’s Reveal Bio Placenta Anti-Aging Serum. It’s important to look radiant while talking all that smack in a head to head match up or keeping your skin hydrated for the next stressful battle against a hoard of angry ogres. 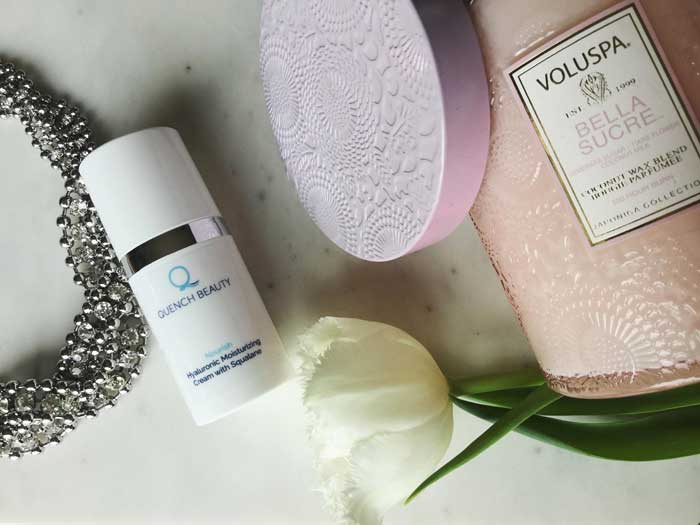 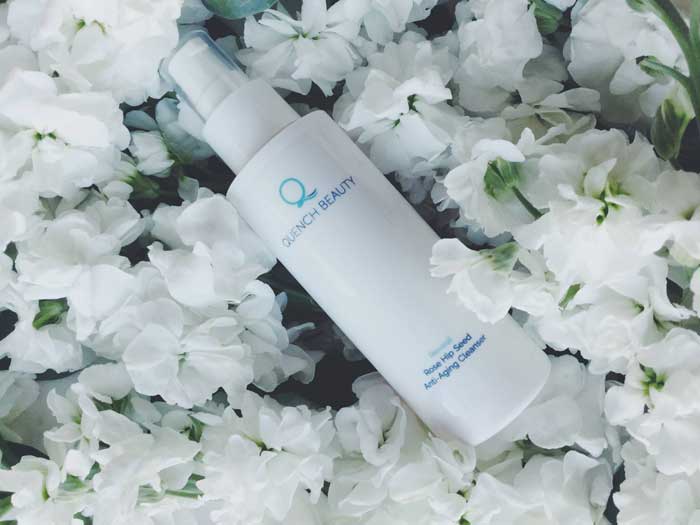 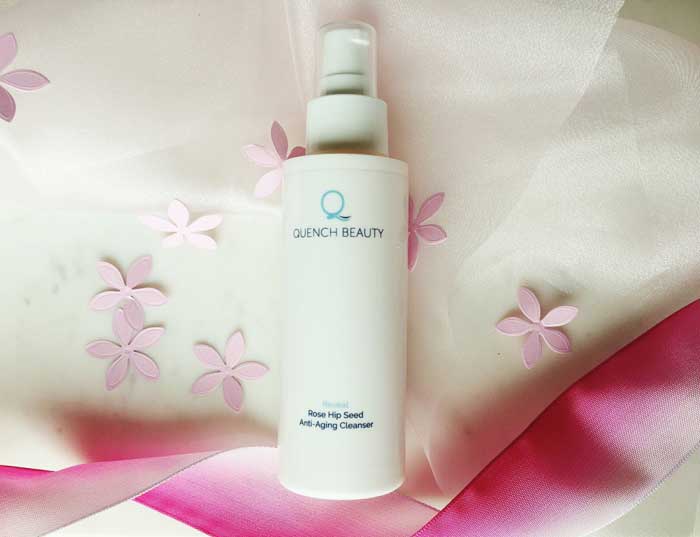 The gift guide is also a great time saver for gamers who can’t break away from the controller to head out in search for something for Mom this mother’s day. Looking to get to the next level? How about a birthday present your girlfriend or wife will love.

Check out the The Ultimate Gift Guide by Game Period. And while you’re there, browse the very detailed Top 10 list.

Introducing Nintendo Switch! In addition to providing single and multiplayer thrills at home, the Nintendo Switch system also enables gamers to play the same title wherever, whenever and with whomever they choose. The mobility of a handheld is now added to the power of a home gaming system to enable unprecedented new video game play styles.
 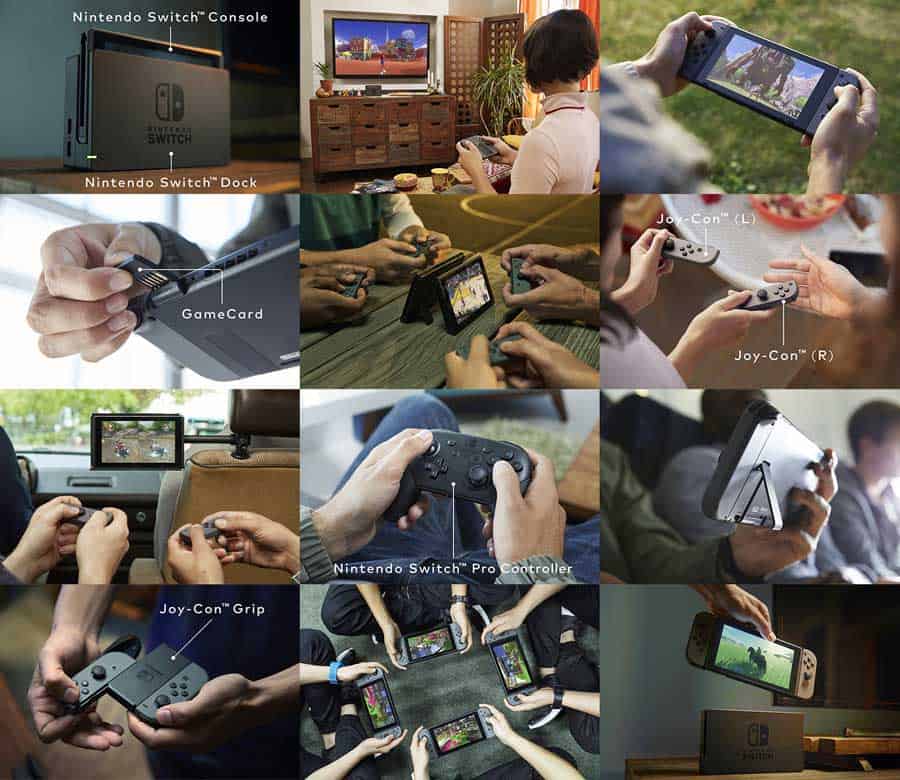 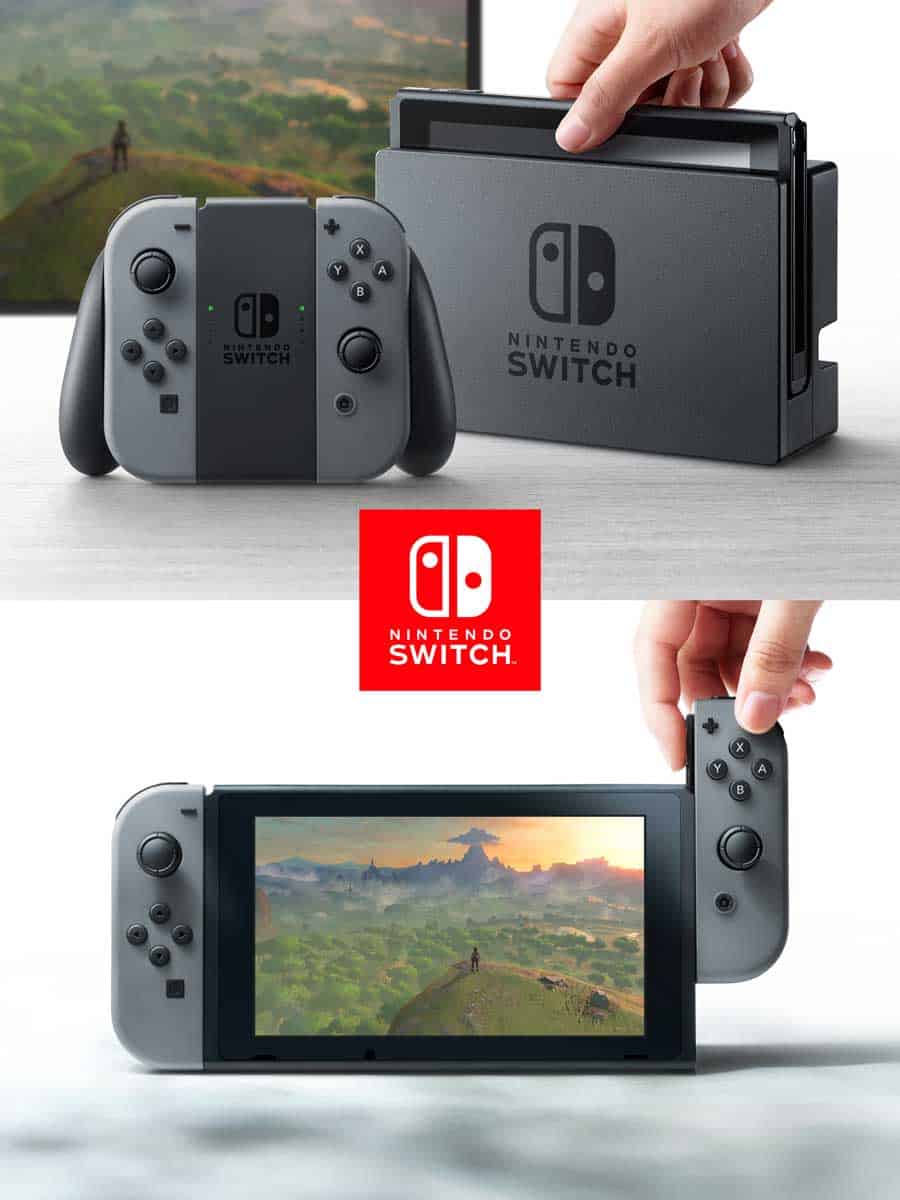