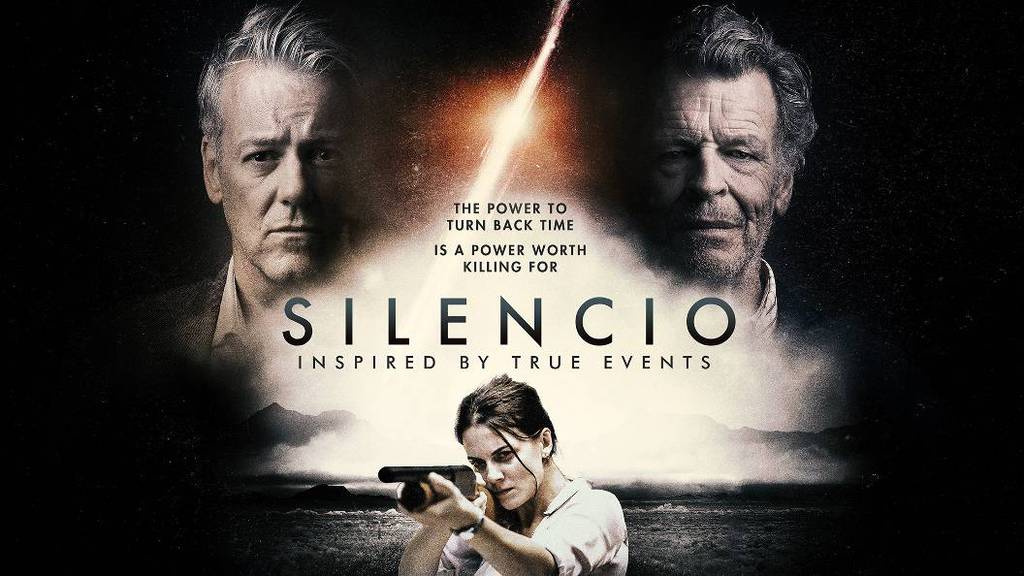 I’ll start the review of ‘Silencio’ with a bit of a lesson. Something that’ll help you while watching. The Chihuahuan Desert is an ecoregion with a small peculiar feature that receives regular solar radiation. It covers parts of northern Mexico and the southwestern United States, about 400 miles from El Paso, Texas. It’s important to know that information going in because, for some reason, within the northern part of the Chihuahuan desert, in Mexico, is a section that baffles the mind and perplexes science. It’s called the ‘Zone of Silence.’ Within this zone, radio signals won’t go through, compasses won’t work properly, essentially, any and all radio equipment fails. Peculiar indeed. It’s said in the film that the oddly magnetic area is between the 26th and 28th parallel, the same line that runs through the Bermuda Triangle, in fact. This is a great subject for a cryptic film so writer/director, Lorena Villarreal, takes a stab at the theme.

Since the area has so many anomalies, her twist is to use it as a story that centers around the mystic, supernatural and spiritual. We start in 1970 where a scientist, James (Noble), is analyzing the crash site of a missile that went down in the Zone of Silence. While doing so, he and his assistant Peter discover analyze a radioactively charged rock. Being young, Peter can’t help but do the stupid thing and try to touch the darn thing. He’s cautioned not to but then James touches it. So much for being the smart one, right? Seems it’s okay that he did because after he touches it, there’s an explosion which sends them back to an earlier point in his life. No. He isn’t given the opportunity to be young again and get stock in Google or anything. They journey to the recent past, to a point in time where he’s given the opportunity to save his granddaughter from dying in a car crash. He hugs her when he sees her and says that he’s happy to have her, ‘…back again.’

He’s with her when the car that crashed into his entire family originally still hits the car. Despite his trying to warn them, the rest of his family perishes. At least he has Ana.

We move to the future. James’ mind has taken a turn for the worse but is taken care of by Ana and a nurse. We deduce that the female lead is Ana, (Matthews), grown up by a photo on her desk. She’s now a therapist. In her office, she converses with a gentleman named Daniel (Chauvet) who tells her that he not only sees dead people but that he’s seeing one linked to her. She was never completely convinced he had the gift until he says that there’s one standing next to her with a message this very moment. The message he gives her is from her sister Lisa (one of the unfortunate victims of the car accident). Through this message, we learn that she cares for her sister’s health, warning that she’s in danger. She can wake up her grandfather’s mind and in so doing, they can find the stone that James buried. It’s said that it’s the anniversary of their death, so these revelations are connected, you’ll assume. She does this crazy thing Lisa tells her to do. She says ‘three’ three times and he snaps back. Okay. He must not be fully back because  he’s unable to find the stone. Then, someone else is after it and the story starts to lose your interest. It’s not a mystery as to who would want the stone or who would have knowledge of its powers. There’s a kidnapping of Ana’s little boy, Felix. This happens because he absolutely refuses to hush when it’s the most important moment in his life to do so. The boy is taken, and the child will be returned in good condition upon the appearance of what they require. Ana now has a life or death race for a rock.

The plot gets somewhat ridiculous. Not only the plot but the acting is contrived. John Noble, who I usually find spot on, exaggerates his illness, anger, confusion or any other emotion he has, to the point of being irritating. That said, Melina Matthews does the exact opposite, giving a performance worth getting her attention. The script, however, wants to mix science with the spiritual and with love. With this spiritual narrative, as typically with real life, this is a tangled road to maneuver, difficult to get and keep everyone on board.

‘Silencio,’ is on VOD and DVD May 14 from Uncork’d Entertainment.