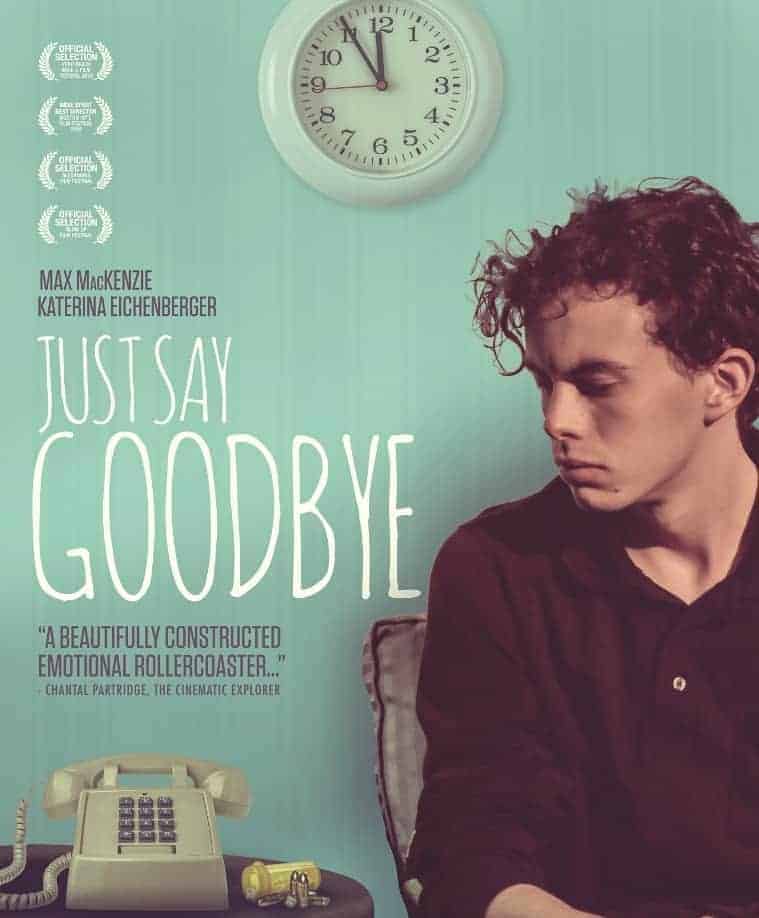 In the opening scene, we see a six-year-old boy, fresh home from school, walking into his mother’s room to discover her in bed. Clear to the audience because of all the pills scattered about, she is dead. The scene would have been fine had he thought her simply asleep and covered her, but it went another direction. That direction was to have her know she was dead and calmly cover her as if as was well. He gives her a kiss and says goodbye. It doesn’t feel believable as the boy is much too young to understand. The moment feels contrived and so very staged. If he had been an older child, I could see the scene working but what’s being set up is that the boy has little feeling about death. The theme of this movie is teen suicide. In the most overt way, it has been explained to you exactly why the main character has come to be who he is.

Then we move to the little boy having to face life alone with a drunken father. He screams to the child that she left them both and to forget she was ever alive with lines such as, ‘Don’t ever say her name to me!’ That immediately put me off because the script was talking to me as if I wouldn’t have understood the story had these elements naturally unfolded. Doubting that the viewers would ultimately understand the plot, the director, instead, chose to pound the topic into our heads in the first few minutes rather than let us discover the truth as it all plays out. His doubt in us made it a struggle to win me back.

Ten years later we see that for the same boy, Jesse (MacKenzie), things haven’t gotten much better. He’s now sixteen and not only has his situation not improved, but things have also become less desirable. He simply exists as a punching bag for his father, fellow students, to the world entire… with one exception. Jesse has a best friend named Sarah (Eichenberger). She’s also the narrator of the story. Through Sarah, we see strength and direction. Jesse tells her everything. She’s beautiful but he isn’t interested in her as a girlfriend. That’s because he isn’t interested in life. Jesse and Sarah have a nice day planned at the lake. He shows her some of his artwork. Suddenly, they’re jumped by some of their fellow high school students who tease Jesse and hold him under water. Sarah sees that Jesse doesn’t struggle. He lets them do whatever they want to him, seemingly welcoming death if it comes to that. This doesn’t go by unnoticed. Sarah questions his lack of willingness to fight back. He tells her, ‘We all gotta go sometime.’ Shortly after, he tells her his plans of taking the ‘cowards way out’ as his mom did. She feels betrayed at the revelation. It’s a heavy burden for her to carry, especially after he shows her how he’s planning on doing the deed. His intention alone is frightening to her but then he shows Sarah the tool he’s going to use, as well. He tells her the date and time he’s doing it and not tell anyone or, ‘I’ll do it sooner.’ That’s a friend! She gets desperate and, surprisingly, her promise of sleeping with him if he doesn’t kill himself doesn’t discourage him. Was it supposed to?

I have to add that knowing this was made by an extremely young filmmaker will help you forgive some things. Regardless of that fact, it ultimately doesn’t make for great entertainment. The acting, especially by MacKenzie, fit the character but he’s encased within a story that wants to be special yet labors at how to be anything but ordinary. With such a formulaic tone (something it was attempting not to deliver) and weak structure, this teen melodrama is a pass. Had it been made by a seasoned crew behind the scenes it, most likely, would have been more engaging and worth consideration. As it is, it’s too typical of its genre and has the earmarks of a squad of individuals uncertain of how to work a manageable script. I’d most especially like to see Walting learn what his actors are capable of before casting his next film. I’m not suggesting anyone involved in ‘Just Say Goodbye,’ say goodbye to their craft. There’s always next time. And with as much work as Walting put in to be the new kid on the block, I’m certain he’ll be developing his skills rather nicely. I’ll happily say goodbye to this film and say hello to anything he does next.