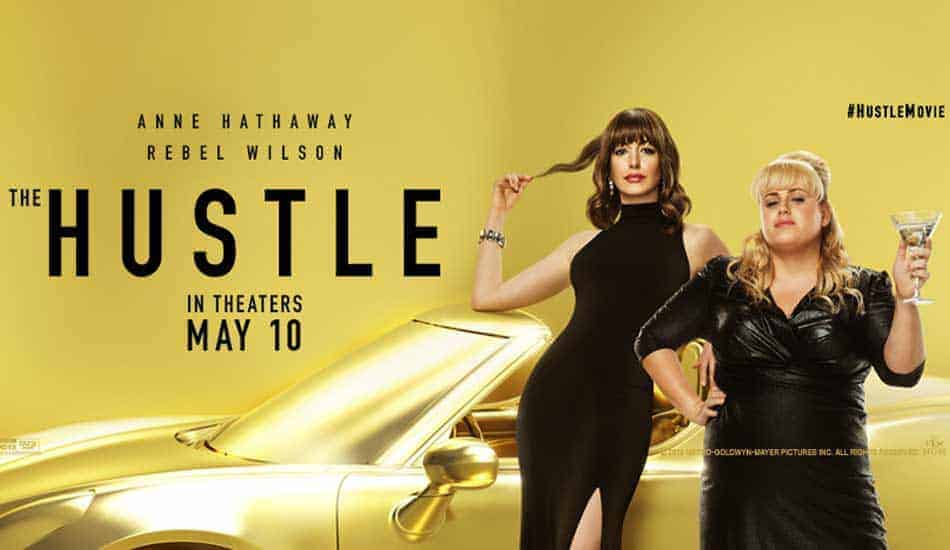 ‘The Hustle’ is a remake of the Frank Oz comedy hit ‘Dirty Rotten Scoundrels,’ which starred Steve Martin and Michael Caine. Haven’t seen it yet? Do. If you go in not comparing the two, you’ll have a good time with this new take. In ‘Scoundrels,’ the two men have a bit of a turf war going on and a rivalry to be settled. One man is sophisticated, not to mention civilized, the other is… well, not. I must mention that DRS was also a remake. Its predecessor is the 1964 film called ‘Bedtime Story,’ which starred Marlon Brando and David Niven. There’s nothing new about remaking something old with newer stars, giving it a modern twist. If you’re not crazy about remakes and are curious if this is any good, I have some advice. It’s not going to be better but if you watch with a positive attitude and enjoy what the artists bring with their particular style, you’ll get more out of your time.

Here, they don’t try to reconstruct the idea of the territory decree. In fact, it’s similar in many ways to the former films, especially in that they wager for rights to the area, but there’s something fun about watching two women play dirty for the ultimate prize. Anne Hathaway, who plays the cultivated Josephine, needed a role that allowed her to exhibit her comedic side and this was just the script for her to do to that very thing. She could be loving and warm one minute and instantly turn the switch and be hostile and cold the next. Hathaway was in and out of accents with ease. It was glorious to watch.
Josephine was at the top of her game but has some trouble working when a young confidence artist named Penny (Wilson), who’s ‘salad intolerant,’ comes into the picture. She needs Penny out of the way as soon as possible. She learns something about the lass that she can use right away which is that Penny is unwise. She mostly scams men from the internet for whatever she can get but Josephine sees trouble brewing if Penny were to improve so, in the guise of teaching her the tricks of the trade, she welcomes her into her home. Penny becomes her pupil. Keep your enemies close, right? This being the case, it gets heated as Penny learns more ways to cheat and deceive… and that her master isn’t all that kind. It isn’t long before Josephine turns up the nasty against Penny and, I have to admit, one thing I liked most about certain scenes is that Hathaway’s good when she engages in evil. Poor Penny.

By no means is anything about this movie genius, however, if you’re looking to have some laughs, ‘The Hustle’ does provide them and manages to give you several serious belly chuckles, as well. But then it features Rebel Wilson so how could it not be silly and fun?! She’s a natural when it comes to physical comedy and handled the part of Penny effortlessly. Until Josephine came into her life, Penny thought she knew what she was doing but learned quickly that if she’s to keep afloat in the game of deception, she not only has to get fierce but needs to find some backup.

It’s not a fresh idea, movies where conmen are a major plot point. However, where this one differs is within the word conmen. It’s not often that we see the female species artfully conning unsuspecting men and it’s fun to witness. They effortlessly take advantage of these guys who fall for the helpless woman, the royal woman, in fact, any woman they think of as hot… as long as she looks in his direction. Yes. The ‘mark,’ in some cases, can be that easy. It works as long as the females aren’t trying to cheat or call Interpol on one another, that is. They do tend to lose focus on occasion. So, check this comedy out and wash away the work week. I’d recommend at the matinee. ‘The Hustle’ is funny and these women are classic. I felt the movie ended too abruptly, though. When you think they’re about to get another scheme started, the credits begin to roll. Quite frankly, I wanted to see more of these ladies zeroing in on and exploiting their next target.