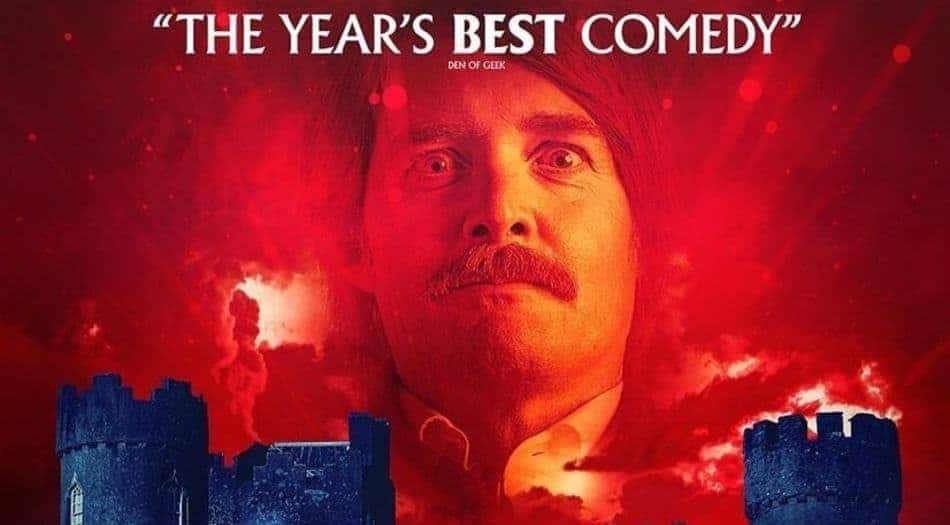 Within the world that Rose (Higgins) dwells, ghosts do, too. Her father was a well-known psychic whose daughter Rose received the same preternatural gifts that had been past onto him.

He happily raised her with a substantial supernatural background in the hopes that they would take. Upon the revelation that she had the talent as well, her father couldn’t be more excited since he was searching for just the right partner with which to work. Because of her strong psychic abilities, he had young Rose help him as soon and as often as possible. Why look for outside help when it was right in front of you?

Well, you know what they say. Hindsight is 20/20. He never got a chance to realize his mistake because one day, while out on a job, his young child accidentally moved him from this life onto his next destination before he should have been, and she’s been apologizing for ‘slaughtering him’ ever since.

Needless to say, she hasn’t been too keen on being involved in the metaphysical realm for years. Regardless, people know what she’s capable of, and she still receives calls about her gifts. It doesn’t matter to Rose. She chose to be a driving instructor instead.

I must mention that you’ll thoroughly enjoy hearing the messages she receives regarding the need for her psychic services. The inquiries are laugh out loud nuts, and so is her attitude toward them.

She receives a call from a Martin Martin (Ward) who tells her he needs a driver’s lesson. This little lie is a ruse because Martin is a man who is in desperate need of an ‘ExWifeorcism.’ He’s having trouble with his wife, Bonnie, who passed on but who will not leave him alone. She even still lays out the clothes she wants him to wear for the day. He hopes Rose can get her to move on so he and his daughter, Sarah (Coleman), can have some peace.

When Sarah comes into the picture, she brings in the ‘one-hit-wonder,’ ex-pop sensation who’s very into the occult, Christian Winter (Forte), and his wife Claudia (O’Doherty).

Christian is making a deal with the devil for another smash hit and needs a human sacrifice. Their ‘divination rod’ leads them straight to Sarah, so he deems her worthy to offer upon the next Blood Moon. As you’d expect, for Martin and Rose and Christian and Claudia, things begin to go as planned and then get out of control. Sarah is just a pawn in the game but very much wants rid of her nagging mother. Speaking of, when Bonnie makes an appearance, she’s reminded that the agreement made when you wed someone is that at death, ‘you do part.’ It’s time to do that.

This movie is crazy—crazy good. The visuals, the dialogue, the absurdness of it all is simply sublime. You won’t see it coming. You may already be a big fan of Will Forte, who can make you laugh with just a look, but you may not be aware of the genius that is Maeve Higgins. She downplays her intentions and makes everything she says or does that much more entertaining because every move she makes is entirely unexpected. I was blown away by her performance and her ability to fit in with everyone else and in any situation, making this one hell of a fortuitous gem.

I hope her choice to be Rose keeps her working as I’d like to see her as often as possible. Hers and the achievements of the rest of the cast made ‘Extra Ordinary’ one of the funniest movies I’ve seen this year.

Let’s see if that holds up.

A horror/rom-com hybrid that somehow manages to blend its ingredients without losing their flavor, Extra Ordinary more than lives up to its title. – The Critics Consensus on Rotten Tomatoes