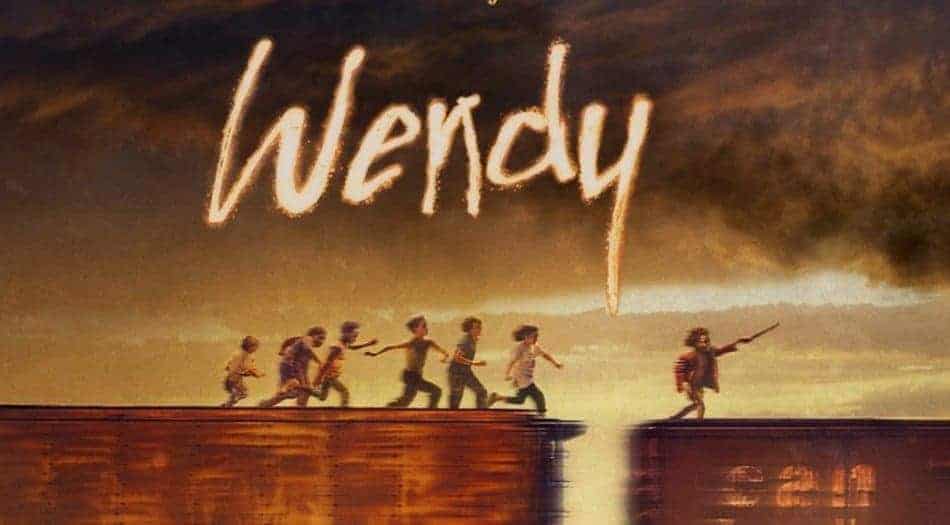 “Wendy” is an offbeat, yet charming little movie of childhood imaginations and not wanting to grow up. If that sounds familiar, then think of a different view of “Peter Pan”. What if that were told from perspective of Wendy? Now you are catching on! ​Written and directed by the same person who created “Beasts of the Southern Wild”, it blows a gale wind into a stuffy old fairy tale of the “Boy Who Wouldn’t Grow Up”. Here, the location is changed from creaky old Victorian London to the Deep-Down South. This is where freight trains run next to little diners, and little homes are built over those little diners. It replaces Tea and Crumpets with Sweet Tea and Chitlins…

In an unnamed place, but very much in the Deep South, there is a diner with customers. The Owner has a little girl, and two older twin brothers. The little toddler sees a young boy named Thomas in the diner. Thomas sees something or someone on that train, so he gets up and goes out to the passing train. He grabs on and is taken to a place far, far away. When the young girl gets a bit older Wendy (Devin France) see a mysterious figure on the train again. She makes a jump for it and calls for her two brothers to join her. Douglas (Gage Naquin) joins her on the train, as does the other brother James (Gavin Naquin). They meet up with a much younger boy who goes by the name of Peter (Yashua Mack). He leads them to the end of the tracks, and then into the bayou and onto a rickety rowboat.

Peter takes them to an island with a very active and scary volcano. This place is where all the other kids believe in Peter, and they never grow up. Peter knows that a great underwater beast lives under the island. It brings special powers to the kids, so that they are never hungry or thirsty, and they will never age. Peter calls this huge whale-beast ‘Mother’, and his belief gives him eternal youth. There are other people on the island, and they once believed like Peter does. But they stopped believing, and now they are all old.  Wendy explores an old fishing boat with her brothers, but Douglas goes missing. James starts to lose his faith in Peter and in the island. His whole body does not age, but his right hand turns into the hand of an old man…

Peter decides that “Hey – it’s all fun and games until somebody loses a hand”, and that somebody is James. James runs away into the outcast side of the island. This is the place where the ‘Lost Boys’ are sent. Wendy goes after him, but she is shunned by the all the old people. She gives the old folks the wrong idea, and they decide to kidnap Peter and all his young followers. They will use all the kids as bait to try and lure ‘Mother’ out of her underwater cave. After all, if they can capture Mother, they can use her special power to be young again. But it is bad idea, and the much-aged James, once Wendy’s brother, is now a bitter old man. He creates a hook to replace his missing right hand. You got it – now you have Peter versus Captain Hook.

Wendy and Peter are the rightful leaders of the ageless island. But Wendy is missing her own mother, so she and Douglas leave to find their way back home. They grow up – and that’s a horrible thing according to Peter. Once day Wendy might have a young daughter of her own. Then should there be a train passing in the night, and if by chance there is a young boy riding on that train calling and beckoning to Wendy’s little girl…  Then who can blame her for running off and making her way to the Neverland Island? When you are a child and you want to stay that way – there is no better place to go – right?

“Wendy” is another interesting movie from Benh Zeitlin. The first movie he made was “Beasts of the Southern Wild”, which was very well-received. It got four Oscar nominations back in 2012. Since that point, he has been working on this movie, writing it along with his sister. The entire retelling of the Peter Pan story, but with a different main focus on Wendy is a brilliant movie. Devin France is very talented young kid, and she has a great performance win this movie. But many of the other people in the movie are less than great – from the other kid actors to the older adult actors.

“Wendy” is a worthwhile effort, and it enjoyable to watch. But it is uneven in parts, and it never quite fleshes out the story in a way that makes it Oscar- worthy (again).

Opens on Friday March 7 – in Phoenix area – will play exclusively at the Harkins Camelview.