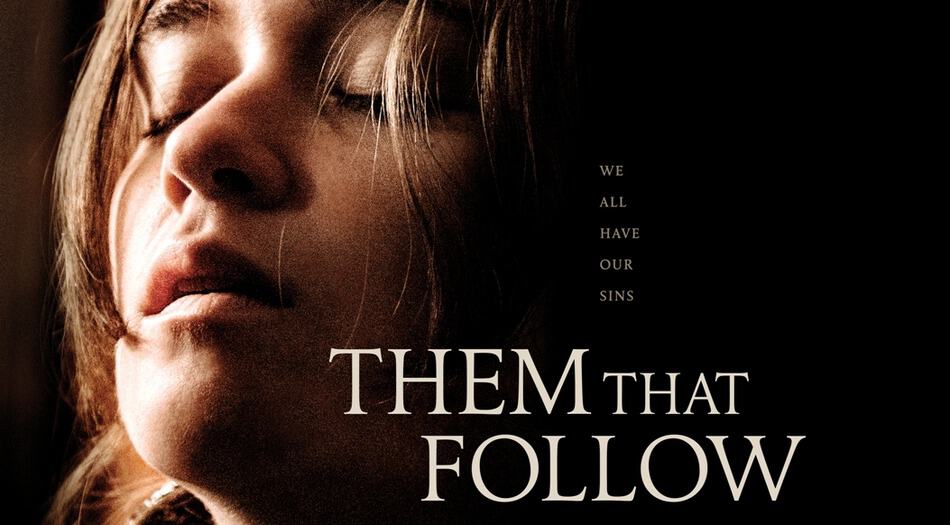 Britt Poulton and Dan Madison Savage’s first feature film offers up a good, slow-moving drama but don’t look for a ‘thriller’ here. The film is set in the backwoods of Appalachia where people, by choice, still live without most of the technology used today. This is a deeply religious society of Evangelical or Pentecostal, frighteningly behind the times, mountain folk. They’re so steeped in their beliefs that they trust no one outside of their community, even in matters of life and death.

The pastor is their leader to whom everyone must report. They still speak in tongues, handle snakes in church and are heavily patriarchal, of course. Women are to wear only dresses and have to wash their man’s feet.

Written by the directors of the film, they’re so intricate with the detail of this radical, Christian, dyed-in-the-wool fundamental life, that one has to wonder if they didn’t live it.

Walton Goggins is stellar in his performance of pastor Lemuel. He’s proud that his daughter Mara (Englert) is set to marry his star student, Garret (Pullman), where he’ll get to oversee the rearing of next generation of pastors that’ll come from her womb. However, he’s not so happy with Mara’s behavior of late, ordering young Garret to get control of his woman.

Mara is acting strangely because she has a secret. Lemuel will get that grandchild but not because of his pupil. Mara has been having fun with another boy named Augie (Mann). Augie isn’t cut from the same cloth as Lemuel knows Garret to be. In fact, he downright battles against the religion he’s been taught, knowing the world has much more to offer. He wants to leave and wants Mara to leave with him. He tells Mara, ‘There’s nothing left for me here.’ Will she go?

To prove his love to her, Augie accepts a challenge that could lead to his death. This ritual shows you just how deranged the pastor has gotten over the years. A lot of people don’t make it through it. Will Augie?

The cast of this film is so good at what they do that you can’t look away. Goggins was simply incredible. There was no one other man than this man to play the role unless you found a real pastor somewhere who was willing to take the part. He even makes your stomach turn… in a good way, of course. Coleman can smoke a cigarette like nobody’s business. Speaking of, she gets into everyone’s business, going right up to the edge of losing it… and pulls back just when she needs to. Remarkable. Alice Englert, outside of having trouble hiding her Australian accent a few times, sells the reserved good girl and the unbridled bad girl at the same time.

‘Them That Follow’ is not a masterpiece, and as I mentioned, not the thriller as the trailer sold it to be but if you’re in the mood for a heavy drama about a deeply devoted cult, there’s nothing better.

*See this today at the following Harkins locations: