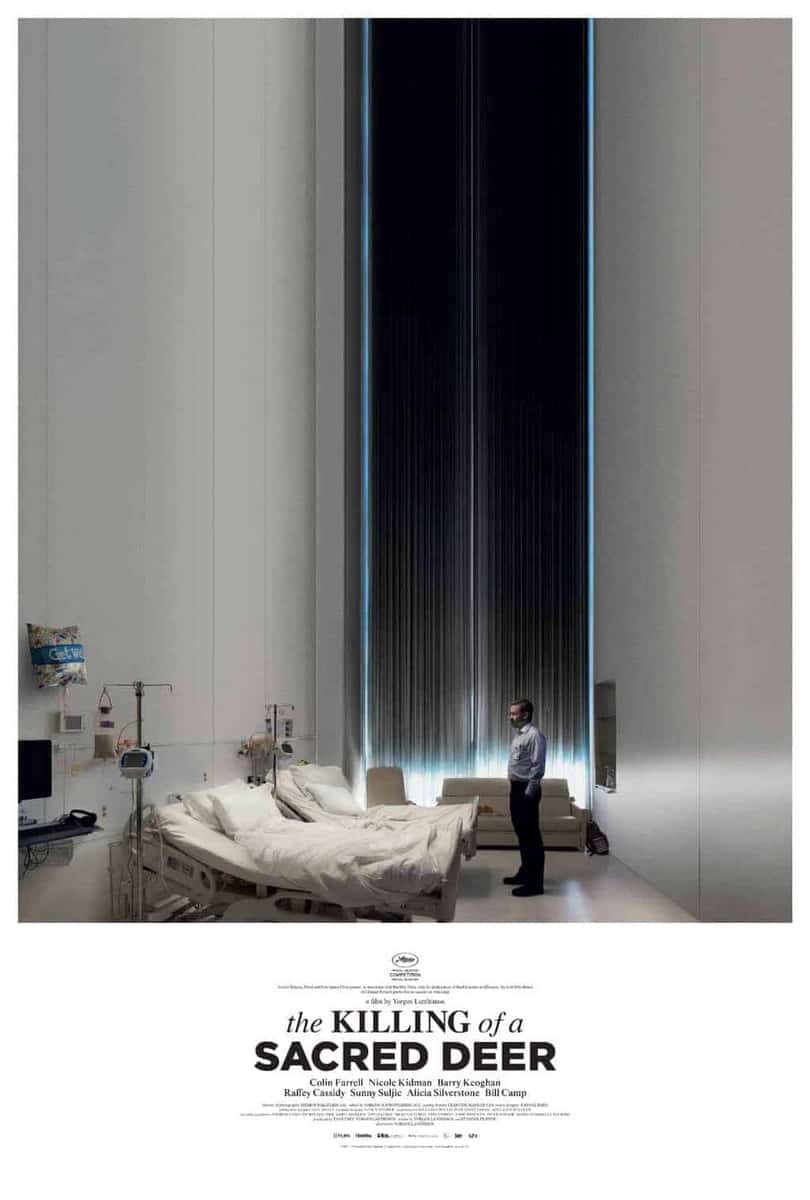 The Killing of a Sacred Deer might be one of the hardest films to review.  It was a brilliantly haunting and dark thriller that sent chills down my spine as it built to a very creepy climatic ending.  I’m not sure what I saw because the experience of watching it was not unlike being inside of a dream or a nightmare.  Not so much in that the film is scary or filled with blood and gore or that it overuses scenes of a sadistic nature but it leads you inward and you root around alone in the dark for two hours caught somewhere between who you were when you sat down to watch the film and who you are when you stand up to walk away from the screen.  In fact, you might not be able to stand right away.  As if under a trance of some sort, you will still be in the grips of the story and these characters; still be controlled by whatever it is that controls the characters themselves.

The movie was hypnotic, the music and cinematography were masterful.  In fact, as the film opens, a black screen playing breathtakingly beautiful music crescendos to a beating heart during surgery, something you fixate on a bit, reveling in its importance to you and to everyone.  Though the heart is tucked away unseen, it is you, it is me yet there it is… so vulnerable.  ‘What must you be in for next??’, assaults your imagination as you look away from the screen barely able to watch the all-important and unquestionably magnificent organ do its thing. 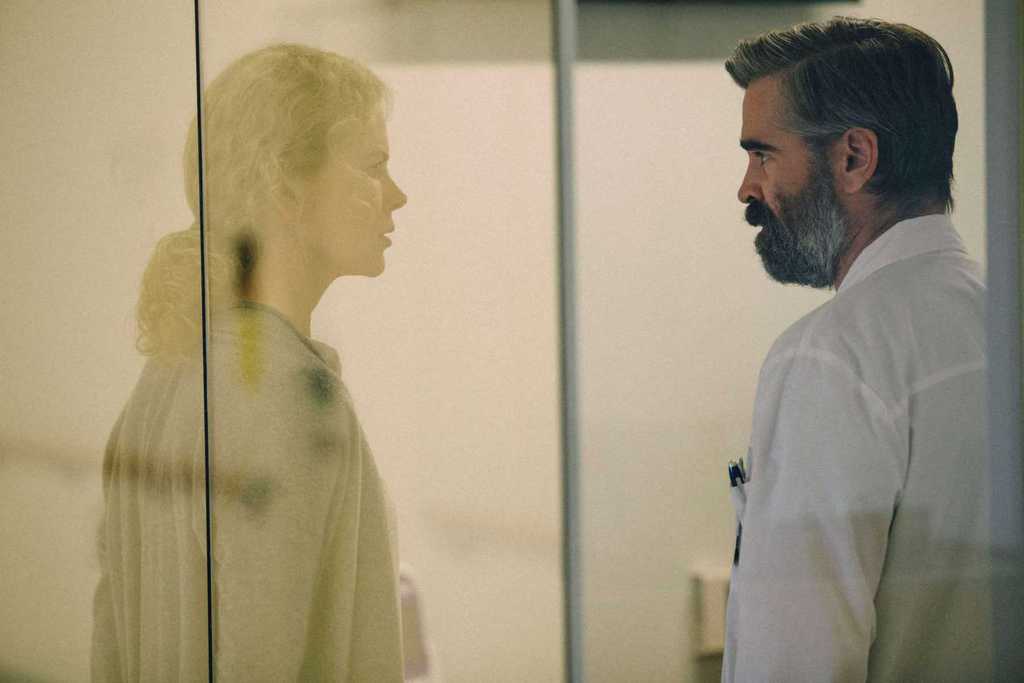 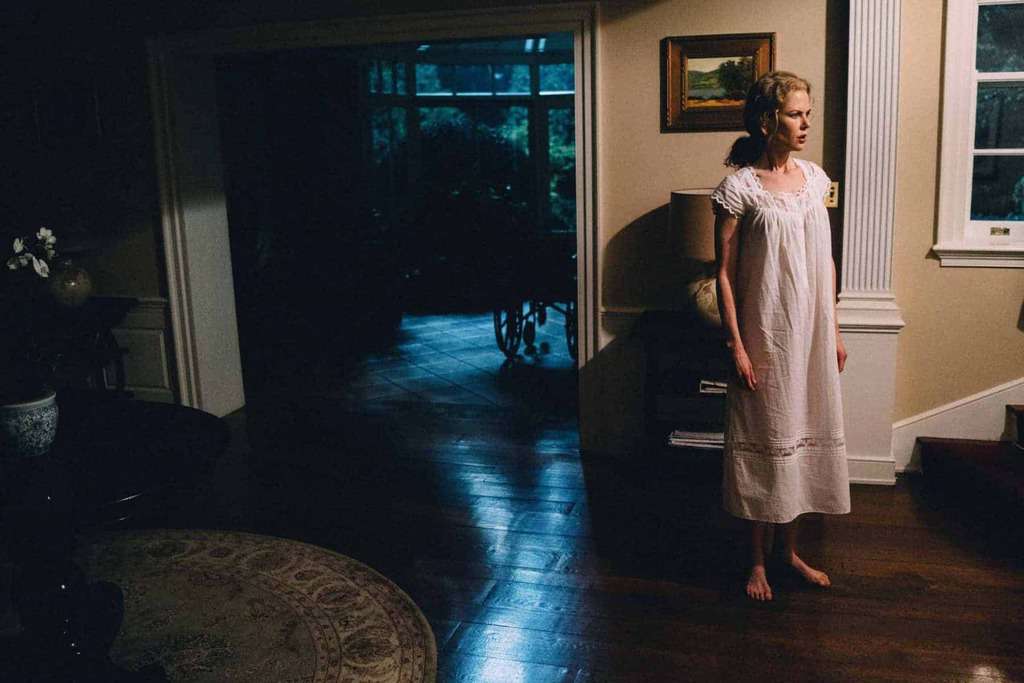 Soon we meet the characters, which are few.  Each is so awkward and basic they’re almost underdeveloped but you’re now within the world where director Lanthimos basks.  What made this film so much more unique than most you see is the language that is used.  The way the script was written and how the actors speak makes you feel as if you were witnessing a normal family but from another plane, unlike your own… maybe you were fantasizing all of this or peering into the future?  The application of an almost ‘Queens English’ style of language is so little used in modern society that hearing an entire movie dedicate its speech pattern to it may sound exotic, but it does take a toll on you, however, the movie couldn’t have the effect on you that it will had not every piece been in play so anything that may seem like a flaw works in its favor.

Steven (Farrell) and his wife Anna (Kidman), are the parents of a teenage daughter named Kim (Cassidy) and a young son named Bob (Suljic).  We see that all is well and their lives are fairly routine.  There’s nothing that stands out as unusual, people are just going through the motions until we meet who Steven, a Cardiologist, sees on a regular basis.  Martin, played exceedingly well by Barry Keoghan (Dunkirk), a lonely, possibly mentally impeded young man that Steven spends some of his days with comes into the picture.   After the death of Martin’s father, Steven becomes a father figure and gives the boy gifts and has meals and conversations with him when he’s asked to.  He has Martin over for dinner and Steven introduces him to his family who seems to like Martin right away, especially Kim who takes a particular interest.  Scenes like this play out for half the film and in the back of your mind you know something is wrong but what is it?!  As time passes, the cinematography by Thimios Bakatakis, who has worked with Lanthimos before, becomes more engrossing.  Camera angles get stranger, the music gets more intense and piercing and before long we are told why we have that strange prickling in the back of our necks.

This is a story of ‘an eye for an eye’ and its revelation is presented so matter-of-factly that you’ll be creeped out by Keoghan to such a degree you may never be able to see him in any other way again.  It’s safe to assume that we are not seeing mere people at this point but instead good and evil.  Each actor portrays an important role in detailing the struggles of being one and fighting another; their eyes so intense that they practically leave an imprint on the screen when it cuts to the next shot.  The systematic breaking down of the children’s father and protector is regarded as nothing more than absurd and futile which brings you to feel uneasy, but Farrell does his best to make it seem he has control.  The acting here is outstanding.  Keoghan is very calculating and incredibly unsettling.  Kidman is his opposite; protecting her children at all costs whether they want it or not.  Though I felt the ending was a bit contrived, an ending for ending’s sake, this is a must see this weekend if you can handle the haunting tone.  If you liked The Lobster see The Killing of a Sacred Deer in the theatre as soon as possible.  It will show up during award season, for that I am sure.