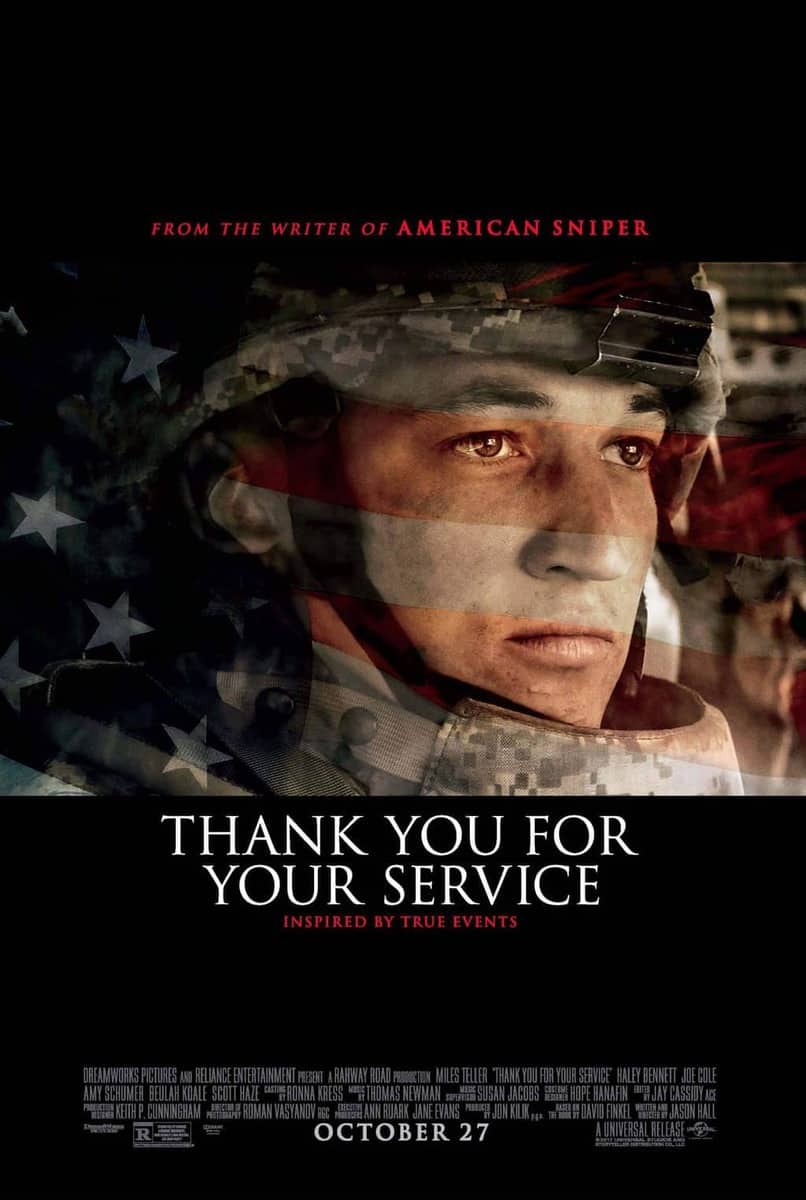 Thank You for Your Service centers around three servicemen Schumann (Teller), Solo (Koale) and Waller (Cole) when they’re discharged from the Army after serving together in Iraq.  It starts by showing an incident that haunted each of them when it happened and also now that they’re out.  In 2007, they’re caught on a roof being shot at by a sniper when a soldier named Emory (Haze) is struck in the head.  Schumann tries his best to save him.  He advances down some stairs, carrying Emory on his shoulders.  Unfortunately, before Schumann gets to the bottom of the steps and out the door, he drops him.  With the taste of Emory’s blood in his mouth, it’s a moment he’s having a hard time forgetting.

We don’t see a lot of combat in the movie because the purpose of the film is not to show you a battle on the field but the battle each soldier has upon returning home.  We see the issues they have due to the stress they were under either in combat themselves or what they saw returning from the frontlines.  Not wanting to admit they need it but realizing they do, the struggles they have trying to get care for themselves is colossal.  The significance of the film is to tell the citizens of this nation that soldiers aren’t given help immediately just because they need it.  Tangled in a bureaucracy of red tape, administrators and office after office travel, they have to fight just as hard to be heard and to be helped with their afflictions in America as they did in the deserts overseas.  They also find their own homes not to be the same place as when they left. 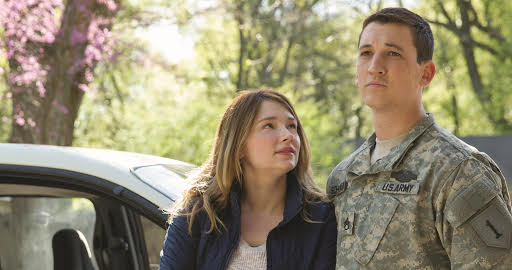 Schumann is a married father of two.  He was in charge of his unit of a dozen men and his expertise was looking for bombs everywhere they traveled, something he may never stop doing for the rest of his life.  Waller, about to marry his longtime girlfriend, can’t wait to get home.  Thinking about his impending nuptials is what gets him through from one day to the next.  On their trip back to the states, he talks to his buddies about the wedding.  Then there’s Solo who doesn’t actually want to leave the Army but due to memory loss and other problems after this last deployment, the Army questions his fitness to return.

All three feel the anxiety and pressure of having been at war and should get help now that they’re stateside, right?  This film shows the sad reality that people willing to die for their country are treated with respect while serving but forgotten about when they’re no longer under fire.

It’s hard enough for them to admit they need help but when they turn to find it and are told to take a number, for one it’s too late and it’s heartbreaking to see the others fight to get any help for the PTSD they obviously have.

Solo reveals he’d rather have missing limbs than to have to endure what is going on in his mind any longer; he doesn’t feel like a war hero because he doesn’t look like one.  Each man hides the truth deep inside especially Solo who thinks himself a lesser man for being harmed mentally, not physically.  He’s filled with anger and frustration when an event they lived through continues to attack him.  Eventually, he attacks back, to whoever is around.  Koale does an outstanding job portraying a man breaking down inside, trying diligently to hold onto who he once was; hardly recognizing his past, unable to see his future.

Schumann’s wife Saskia (Bennett) works rigorously to get her solid and stoic husband to open up and tell her what’s wrong but having to be in control on the battlefield is so deeply ingrained in his psyche, he refuses to show any weakness now, even for her.  Finally, after and a wake-up call and some soul-searching, he calls a number he was given to a location in California that can help men in their position and Schumann takes the first step to getting them the help they need.  I won’t reveal what happens to them during the course of the film but see this to understand how important each of us is to a Veteran, and why.  Also, stay to see some images of the people on which the story was based.