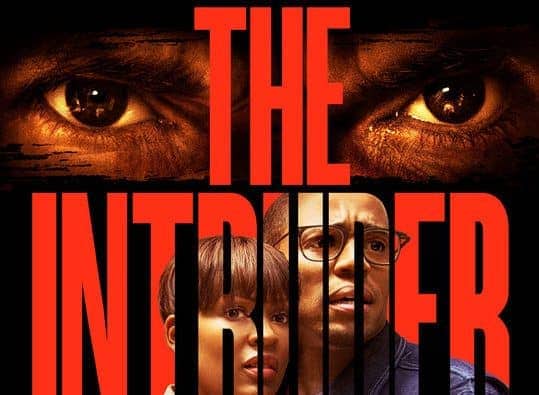 Best use of the word ‘capiche’ ever.  Okay. I’ll be honest. If you like this sort of movie, you’re going to enjoy this one. I say that with confidence because of the performances. However, I’d like to suggest to you that you see it with a large audience. Their reactions to parts of the film, and to the characters, made it more delightful. My audience was laughing, groaning, screaming and even warning, at just the right moments. They were doing this as if what they had to say would be heard and their suggestions adhered to and because of them, it added to the experience.

They weren’t loud or annoying. They knew exactly what I knew but were livelier and more drawn to act rather than hold it in. I wanted to say the same things to these characters, trust me. I mean, how many signs does the person up on that screen need before they do something about a bad situation?!? The answer to that question for ‘The Intruder’ might be that there’ll never be enough. Dennis Quaid’s character, Charlie, had free reign to do whatever he wanted to these people because he wasn’t stopped… for some reason, couldn’t be stopped. The quick take on it is that you’ll be entertained by this talented cast… especially by Quaid! He’s downright creepy as hell in this! Through his character, ‘The Intruder’ delivers one of the biggest jump-scares I’ve ever seen… and I’m usually quite prepared for them.

Here’s the plot. A nice- and nice-looking young couple, Scott (Ealy) and Annie (Good) have moved up in the world and drive up to the Napa Valley to take a look at a beautiful piece of land with a gorgeous house. Scott isn’t as crazy about the house as his wife Annie but can see it’s potential. Annie falls in love with it immediately and wouldn’t change a thing. The owner, Charlie, who wants to sell it to them, has a peculiar fondness for, almost a relationship with the house. In fact, there’s probably a video somewhere that would disturb us all, that’s how close to it he is. He does sell it to them but doesn’t stop his upkeep of the property. He makes his presence known first with simple little visits to mow the lawn. These become more frequent and, at first, it’s odd but he’s welcome. Annie works at home alone while Scott works almost ninety-minutes away in San Francisco. She isn’t bothered by his pop-ins but as they convert from pop-ins to a regular thing, Scott is more and more disconcerted and uncomfortable, especially when Charlie disagrees with changes and actually feels he has a say in what the couple does to their home. Charlie’s tapestry… don’t mess with the tapestry. Quickly, Charlie becomes a bit too chummy with Annie which has not gone by unnoticed by Scott. As I’ve mentioned, Annie doesn’t mind the attention.

As we get further into the movie, we see what Charlie is up to and why. He does start to feel as close to Annie as he does to his home which is definitely unnatural. It becomes apparent, he now wants them both. Quaid then turns up the eerie factor, yet Annie still isn’t alarmed?! Scott is practically banging his head against the wall trying to make her see that something is not right about Charlie’s presence. Neither man is subtle about how they feel toward one another, either, which keeps you somewhat exhilarated. When Scott has had enough and finally confronts Charlie face-to-face, they square off with one another. It’s an intense scene and the movie continues to build on the tension from there.

The way director Deon Taylor reveals the monster lurking around this couple’s home is often amusing but works to terrify because when people are insane, you not only don’t know what they’ll do but what they’ve done; what they’re capable of. They don’t have a button that turns off the crazy and they can turn into something you can’t handle. Something you’d never see coming. This is how Taylor approaches his desire to make his characters real. However, with what Annie and Scott have learned and what has happened… who’d be this shortsighted or gullible as to continue to put themselves in the role of the potential victim? Scott wouldn’t. Annie wouldn’t. I just don’t see it as a believable plotline.

Nonetheless, its irrationality is what makes it worth a watch. Hey, Hollywood! Quaid has a new genre! He needs more of these roles. My view of ‘The Intruder’ is that it’s a fresh take on something we’ve seen before. That fresh take was something I was appreciative of but parts of the script are a little too loose. The thought behind the story will be hard to believe… but for a revolving door idea… it frankly isn’t all that bad.