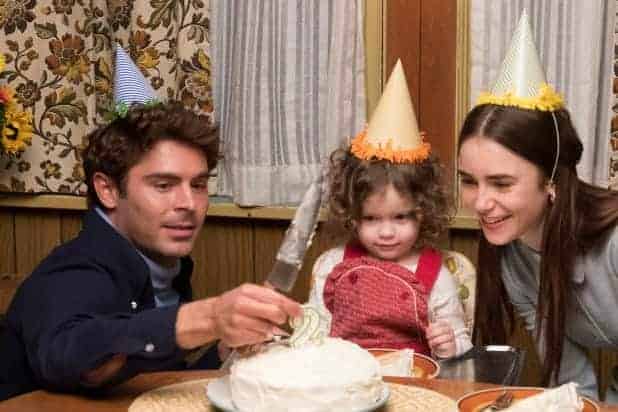 If you head into this movie thinking, even hoping, you’re going to see a slasher film, you have to adjust your expectations. With this, director Joe Berlinger tells you the story of an evil man and what his evil mind allowed him to ultimately become. Since we don’t actually see the consequences of his actions, we are able to (much like the woman he was living with who was completely in the dark about him) put the murders he committed aside and instead see who he could have been. I feel compelled to mention that this movie does not glorify a serial killer! See more about that in my interview with the director.

Anyway, Ted Bundy had everything he could have wanted. Why was this the route he chose? As you watch, you can’t help but wonder what motivates someone to murder. Something drives him to commit the most unspeakable horrors one could think of. Why? The movie doesn’t focus on the acts of what Bundy did by showing us, but by allowing us, even forcing us, to think about them.

That he walked amongst us, lived a seemingly normal existence… and that you could know a Bundy, too, is a frightening thing to ponder but ponder you will. Berlinger, known for his true crime documentaries, one in particular called ‘Conversations with a Killer: The Ted Bundy Tapes,’ was certainly the best person to take on this task. He knew the subject and examines everything.

Ted Bundy is being played by Zac Efron. The actor wanted to shed some of his ‘High School Musical’ image and dig deeply into something against type. He certainly picked the right part for that. In my interview with him, Joe Berlinger said this of Zac getting the role, ‘…Zac wants to play with his teen heartthrob image in that way, I respect that. And, also, as a documentarian, it gives me a little piece of reality to break into the movie-making process. The fact that, in real life, he has this profile of teen heartthrob… that is very similar to the effect that Bundy had on women. I found that a nice piece of reality I could play with.’

While in character, Zac was appealing in all the ways that Bundy was. Not known for this sort of role but perfect for it, you can see the serial killer in his face. The way he gives off little hints of his condemnable actions, with just a simple mouth curl at the right moment, the use of his eyes… he proved himself here. With this performance, he gives you the man that Bundy’s girlfriend Liz (Lily Collins) saw but you also see underneath the mask. That’s what worked so brilliantly. At first, you’re obliged to see Ted as just a person, not as the monster you know he is. They do walk among us. We don’t know who they are. They could be who we’re with. Just contemplating that alone makes this a good crime film to see. It was important that we see a good portion of the film through Liz’s eyes.

With this approach, the audience was able to garner sympathy for her and see the larger picture. Eventually, the strikes against him can no longer be denied. However, his crimes don’t seem to matter to some. We move on from Liz to see Bundy’s point of view and through the lens of another woman. She is someone who clearly has a low opinion of herself.

Bundy takes advantage of both of these women, but you can tell that he loves one and is simply using the other. This is a fascinating look into his double life. He charms women, he charms his victims, he even charms the law. Scenes of what he does and the ultimate reason he’s getting away with things will surprise and enrage you. The film is slow paced but once you see what Berlinger is going for, it will engage you and you’ll walk away unable to get the movie and Zac’s performance out of your mind temporarily.

John Malkovich is superb as the judge in Florida who says the words the title is based on. His reverence for Bundy is strange to witness and hard to accept but his duty to the law holds up and he gives Bundy the sentence Bundy didn’t expect. Death. How we get to this moment, is worth seeing so I must recommend the film, as well as Berlinger’s documentary.

If you haven’t yet, join Netflix and watch ‘Extremely Wicked, Shockingly Evil, and Vile’ today. Watch the four-part series, too.