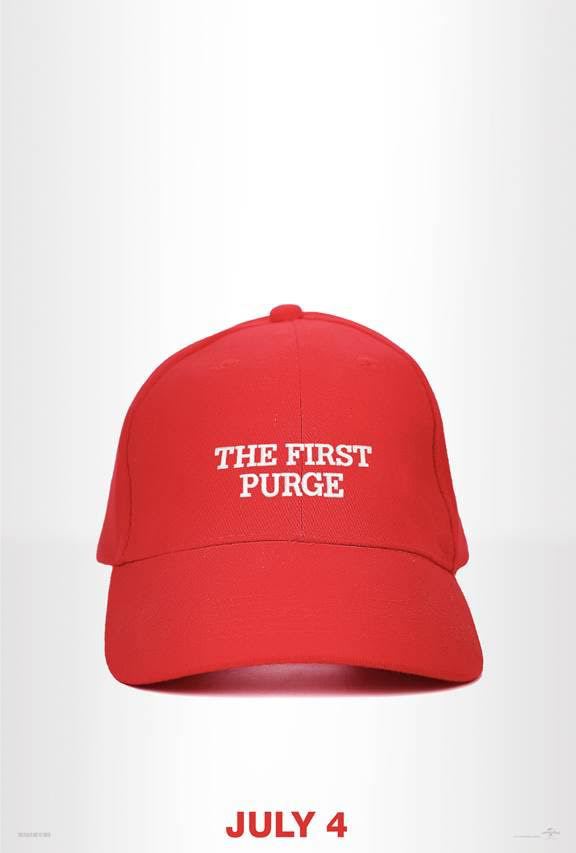 This action/horror franchise, produced by horror master producer Jason Blum of Blumhouse, was started in June of 2013 with ‘The Purge.’ We next saw it in appear in July of 2014 with ‘The Purge: Anarchy.’ Two years later, the third in the series, ‘The Purge: Election Year’ frightened us again. The first film, starring Ethan Hawke, took us to the year 2022 where the Sandin family is struggling to stay alive as masked strangers penetrate the safety of their home. The intruders are threatening to kill them because the Sandins helped someone the intruders had the intention of slaughtering on purge night. It’s legal to kill for twelve hours during ‘The Purge’ and they have every right to kill this person. This legal murder is the constant in each of the films.

This concept was fresh, and the movie grossed 86 million dollars more than it took to make. The films continue to make more money than what they cost to make. The total budget for the four films has been 35 million and the first three have already brought in 319.8 million. If they continue to be a success, Blumhouse will keep churning them out.

This fourth narrative ‘The First Purge’ is the origin story. It’s about how it all got started. The writer of all four films, James DeMonaco, came up with a demented idea with this. It’s a bit disconcerting to think that the American people would be fine with their government offering them the chance to murder and they’d accept it… and then actually follow through. This film opening on Independence Day of 2018 seems calculated. This storyline is even more politically motivated than the others. I say this as there is what appears to be a hard to hide direct message to Donald Trump himself. This happens when a woman screams a particular line out to a man who is grabbing her crotch. I’ll let your mind wander as to what that line might be. The poster for the film shows a bright red hat with white stitching to mirror the image of Trump’s MAGA hats so, the message to the Trump administrations isn’t subtle. Don’t fear though. It won’t be so in your face that it won’t make sense or make you uncomfortable. Everything in the film will advance the storyline. As I mentioned, the government conceives of a way to off poor minorities without lifting a finger… by allowing them to legally do each other in themselves. Watching this in 2018 while living in the United States might make you wiggle in your seat a little more than you might have with the previous films because you can see where this could become our reality. Okay, probably not. Well… let’s hope not. The political landscape is crazy right now and the franchise took full advantage of that in every conceivable way. 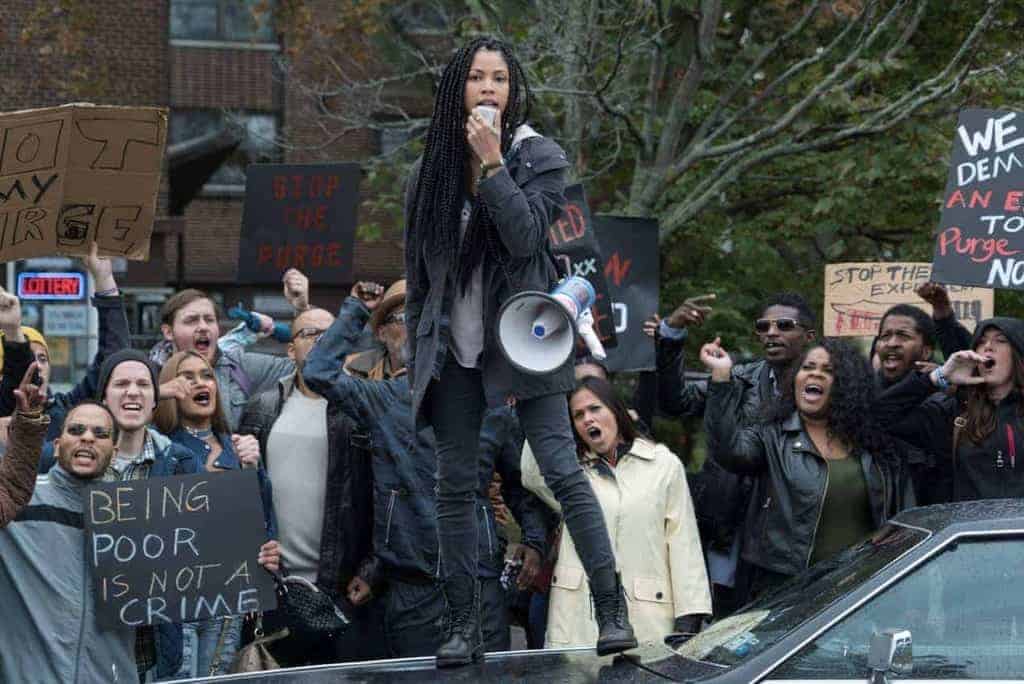 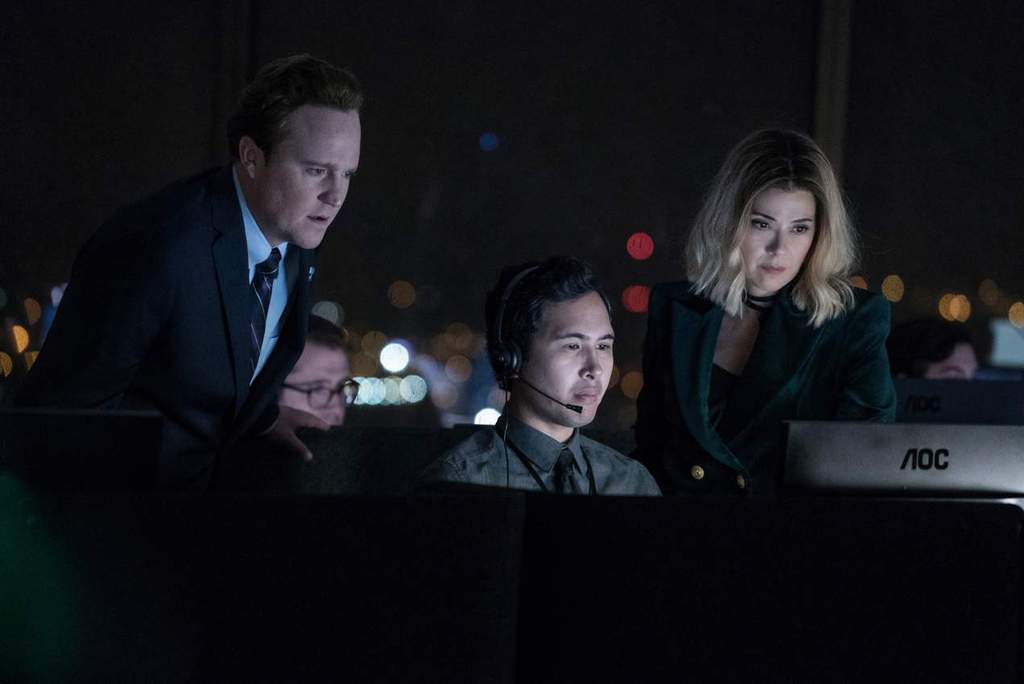 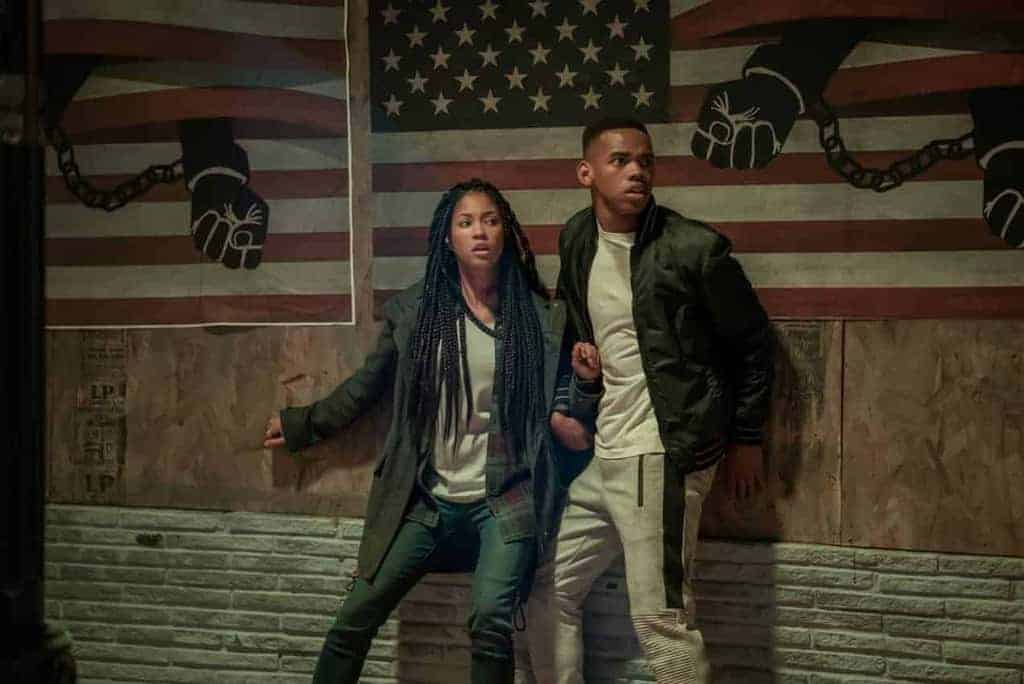 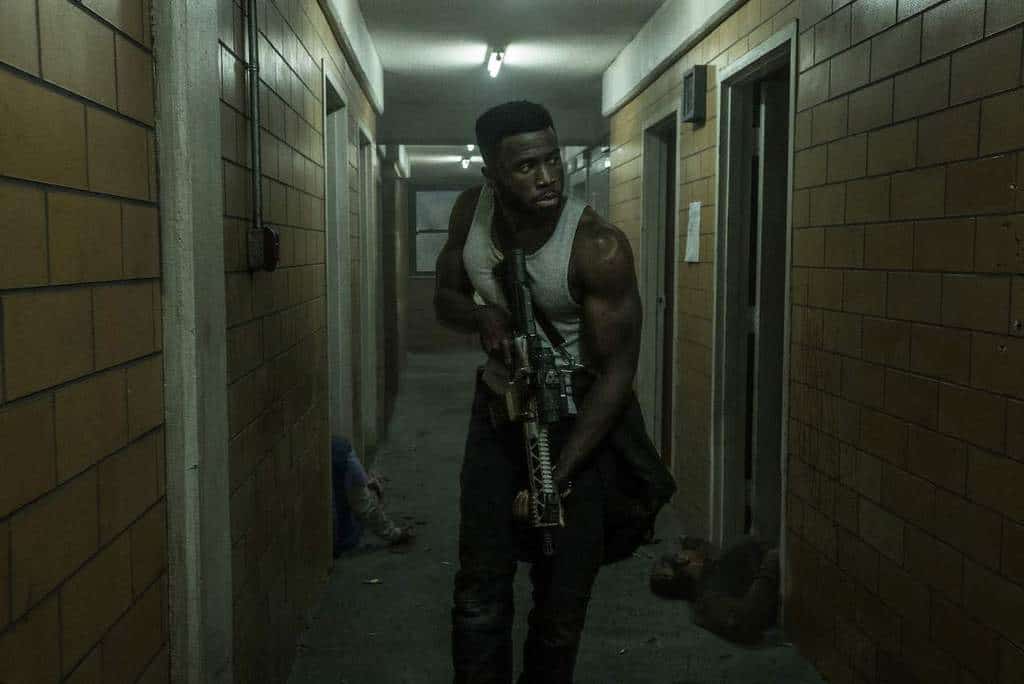 The old political parties are replaced by the NRA supported ‘New Founding Fathers of America’ or the NFFA who are very white and want only the rich and the white to survive. They start an experiment of death with a $5,000 monetary incentive for those who stay on Staten Island and participate. The national debt has tripled and with this purge, they will have fewer Americans to cover which means more tax dollars to go into their pockets. Protests erupt with one of the main characters, Nya (Davis), screaming out against incentivizing the murder of black people but the poorer of the community, including her younger brother Isaiah (Wade), knows that the $5,000 they’re being offered can mean the difference between life and death for the rest of the year. Having a beef with a drugged out lunatic named Skeletor (Paul) he’d like to settle, and without his sisters’ knowledge, Isaiah participates in the purge. However, unable to find Skeletor, he finds a purge party instead.

When they picked Staten Island as a launching point, the behavioral scientist or ‘The Architect’ of it all, named Dr. Updale (Tomei), is certain that the people living in the boroughs would willingly partake. Since everyone was offered more money the more they engaged, she is more than surprised when the strong bonds of the community prove her wrong. With almost only Skeletor being the exception, people are not only not active but they’re dancing. This isn’t good for the government and turns out not to be too good for Dr. Updale either. When the residents show that the experiment wasn’t a success, it’s time for the government to make it look like it was by any means necessary so they send in their own people to fix the problem.

Through the night, we meet several more strong characters, chief among them, Dmitri (Noel) a drug kingpin who ends up losing his crew, not to ‘purgers’ but to gunmen for hire. The love of his life, Nya, is in danger and he’s out to rescue her and several others. When he does, there are powerful scenes that symbolize race relations in America. White supremacists and members of the KKK move floor to floor of the public housing project building Nya is holed up in, executing everything that moves. The lighting and camera work in this particular scene is the most entertaining of the film and will have you riveted.

There are several reasons to see this. If you’re a fan of the genre or of what Blumhouse Productions offers, you won’t be disappointed. The clear message to ‘never give up’ that is reiterated in several scenes and by almost everyone the government has taken for granted, should be witnessed. FYI, it’s stated at the end that it’s over but then someone says, ‘For now.’ You know what that means so if you’ve seen one, you might want to just keep going and seeing this on the Fourth of July? Why not?!