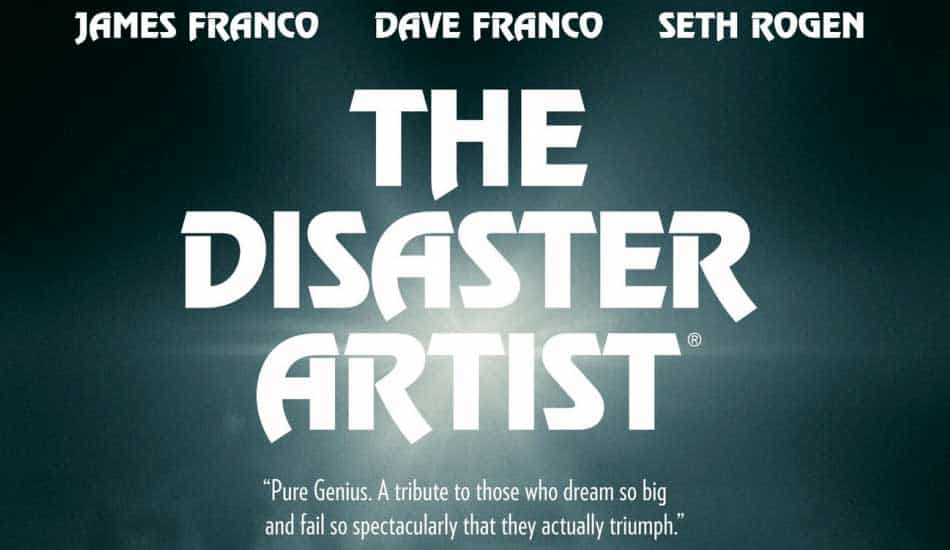 This is a film for the dreamers.  If you’ve ever been told you can’t do something or if you’ve let a dream go because you felt it was impossible to continue to strive for, no point in continuing to reach for the sky, see ‘The Disaster Artist’ to be reminded that your limitations only lie within you.  Nothing is truly impossible if you put everything you’ve got into your goals and if you accept the fact that sometimes… you need a helping hand.  Anyone who has been driven wild by doubt, especially if you’ve wanted to work in the film business in any way, will be inspired by the story of Tommy Wiseau who is played absurdly and honorably by James Franco.  He and his friend Greg (Dave Franco) set out to make their dreams come true and Tommy would never have made it had he not been open to listening to someone, something not that easy for him.  Greg never left his side, he believed in him every step of the way and remained loyal, constantly reminding him to never give up.

Tommy Wiseau made a film called ‘The Room’ in 2003, which has overtaken Ed Wood’s 1959 film ‘Plan 9 From Outer Space’ as the worst movie ever made.  ‘The Room’ did find its audience in almost the same fashion as 1975’s ‘The Rocky Horror Picture Show’ built its congregation of loyal fans.  Some may have considered the films bad, others loved them and they created cult followings after playing at midnight for people looking for late night entertainment that wasn’t like everything else… and where they felt a part of something special.  Any film, even if considered the worst, should hold its head high to be in the company of Plan 9 and Rocky Horror.  If they prove anything, it’s at least that Tommy’s film could continue to be seen by many and will be around for decades to come. 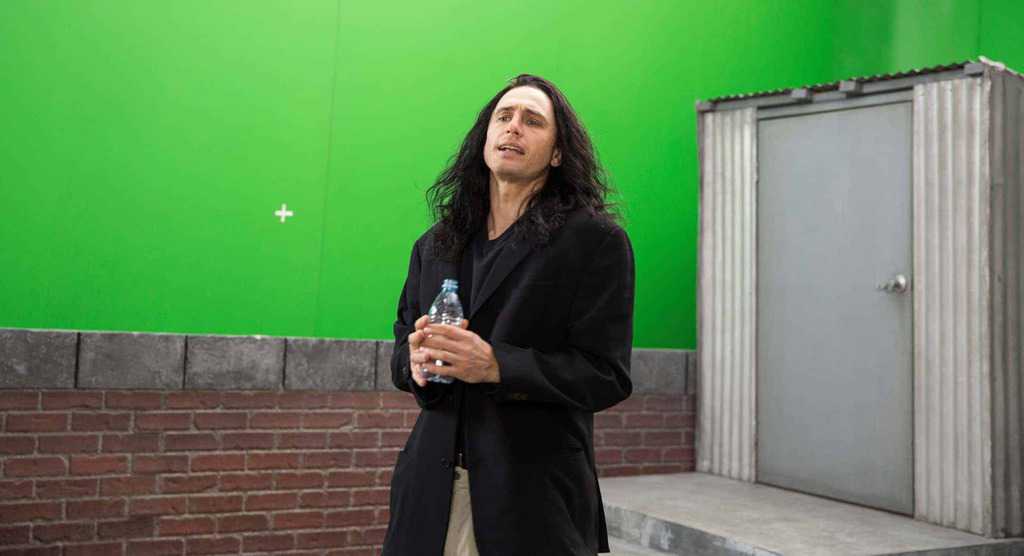 ‘The Disaster Artist’ is about the making of ‘The Room.’  James Franco is the director of the film but not only does he tackle this incredibly eccentric character from behind the lens but, as I previously mentioned, he also brings him to life in what’s arguably his best character yet.  In fact, he could possibly be getting a gold statue for the role.  He does a more than adequate job directing, as well.

He doesn’t try to remake ‘The Room’ here but instead demonstrates the incredibly long and difficult road it takes to get ‘The Room’ from Wiseau’s script, which was a very heady idea to be sure, to the screening of the film.  He meets Greg, a young actor who is about to give up on his dreams of ever getting to Hollywood and they move to LA together after knowing one another for a short time where unbeknownst to Greg, Tommy has an apartment where they can hunker down and start the process of auditioning.

About halfway through the film, you’ll realize you’re continually being eaten away by wanting to know who this Tommy Wiseau is exactly.  As you get further in, his quirks, his aggressive nature, his weaknesses will intrigue you more and more and you’ll want to know more.  Who is this man?  Where did he come from?  Where did he get his unending supply of money?  Why does he look like the walking dead… why does he talk like that?!  He has no specific talent and it seems that by helping Greg, who makes a pact with him that they’d always push one another, his true goal is to only help himself.

In the end, he pays five million dollars to make his film and it tanks.  It’s awful.  This might have ended things for most people but through the support of others he has met along the way, ‘The Room’ still thrives and now has this solid piece, ‘The Disaster Artist’, paying homage to it and to Tommy himself.

‘The Disaster Artist’ isn’t mocking the movie but instead, it’s acknowledging what strong-willed people, when not jealous of the others’ successes, will go through for something and someone they believe in.  The scenes showing the crew and actors on set waiting around for something to happen are fantastic.  If you’ve ever made a film or even been part of a large group of people working toward one common goal, you’ll appreciate the humor used here.  The movie is hysterical and it’s not going too far out on a limb to say it very well could develop its own cult following.  A24 never disappoints and this is definitely one to see!