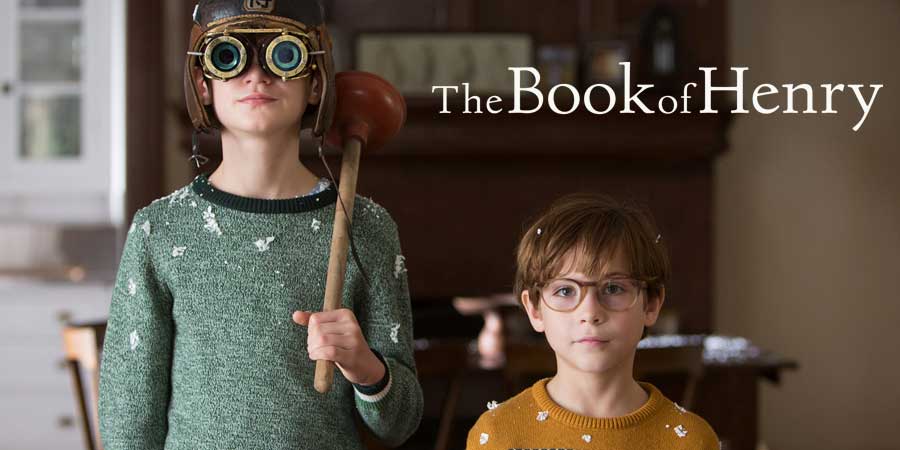 Movie Screening Summary: Sometimes things are not always what they seem, especially in the small suburban town where the Carpenter family lives. Single suburban mother Susan Carpenter (Naomi Watts) works as a waitress at a diner, alongside feisty family friend Sheila (Sarah Silverman). Her younger son Peter (Jacob Tremblay) is a playful 8-year-old. Taking care of everyone and everything in his own unique way is Susan’s older son Henry (Jaeden Lieberher), age 11. Protector to his adoring younger brother and tireless supporter of his often self-doubting mother – and, through investments, of the family as a whole – Henry blazes through the days like a comet.

Susan discovers that the family next door, which includes Henry’s kind classmate Christina (Maddie Ziegler), has a dangerous secret – and that Henry has devised a surprising plan to help. As his brainstormed rescue plan for Christina takes shape in thrilling ways, Susan finds herself at the center of it.

The Book of Henry is directed by Colin Trevorrow ( Jurassic World, Safety Not Guaranteed) from an original screenplay by acclaimed novelist Gregg Hurwitz ( Orphan X).

Advance Movie Screening For The Book of Henry 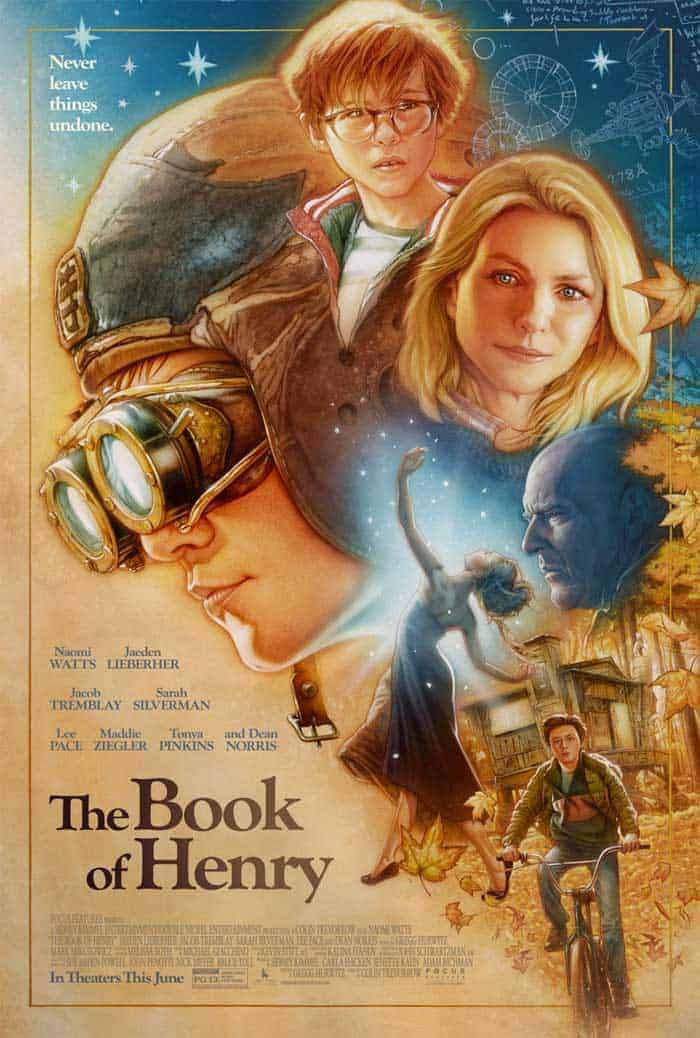 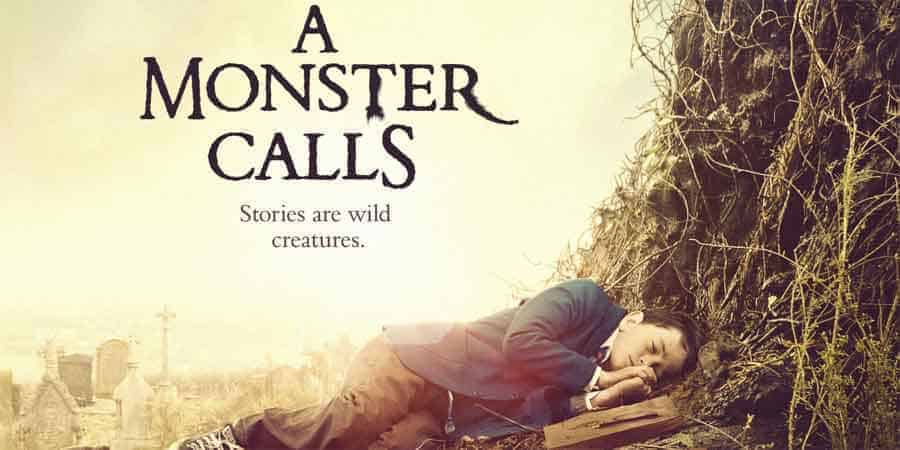 “A Monster Calls” is a heart-wrenching yet artistic view into a 12-year boy and his troubled life. With a slowly dying Mom, a divorced dad who lives far away, and a grandmother with a gruff and unemotional manner, he is dealing with quite a lot. Also, his time in school is marred by a group of bullies who confront him every day. If only he had the size and strength and courage of a Monster…

Conor O’Malley (Lewis MacDougall) lives in a small rural town in the English countryside. His life is in turmoil because his Mom, Lizzie (Felicity Jones) is getting worse with a terminal illness. It is difficult at school, because there are boys that bully Conor, mostly because he has a sick mom and he is a good artist. Mom and Dad (Toby Kebbell ) are divorced, and he lives in California. Dad comes to visit, but he again shows that he is not part of Conor’s life.

When Lizzie gets so bad that she needs to be in the hospital, Conor must stay with his grandmother (Sigourney Weaver). She is strict with Conor, and she cares more about cleanliness and keeping order in her house than she does about Conor. Conor has dreams of being big and strong and getting his way. He wants to set things right, and to get his Mom back. Then one night, something strange happens. 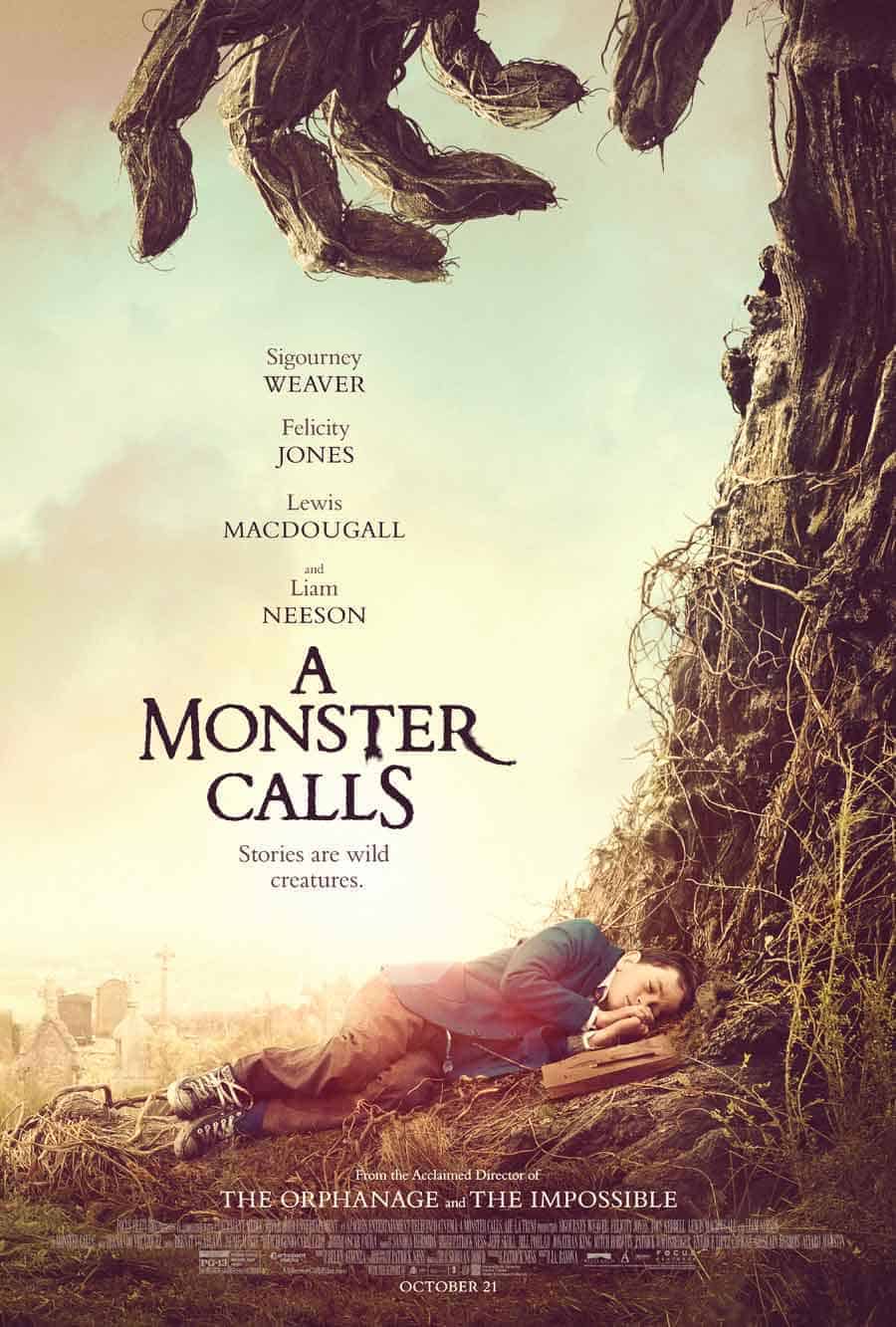 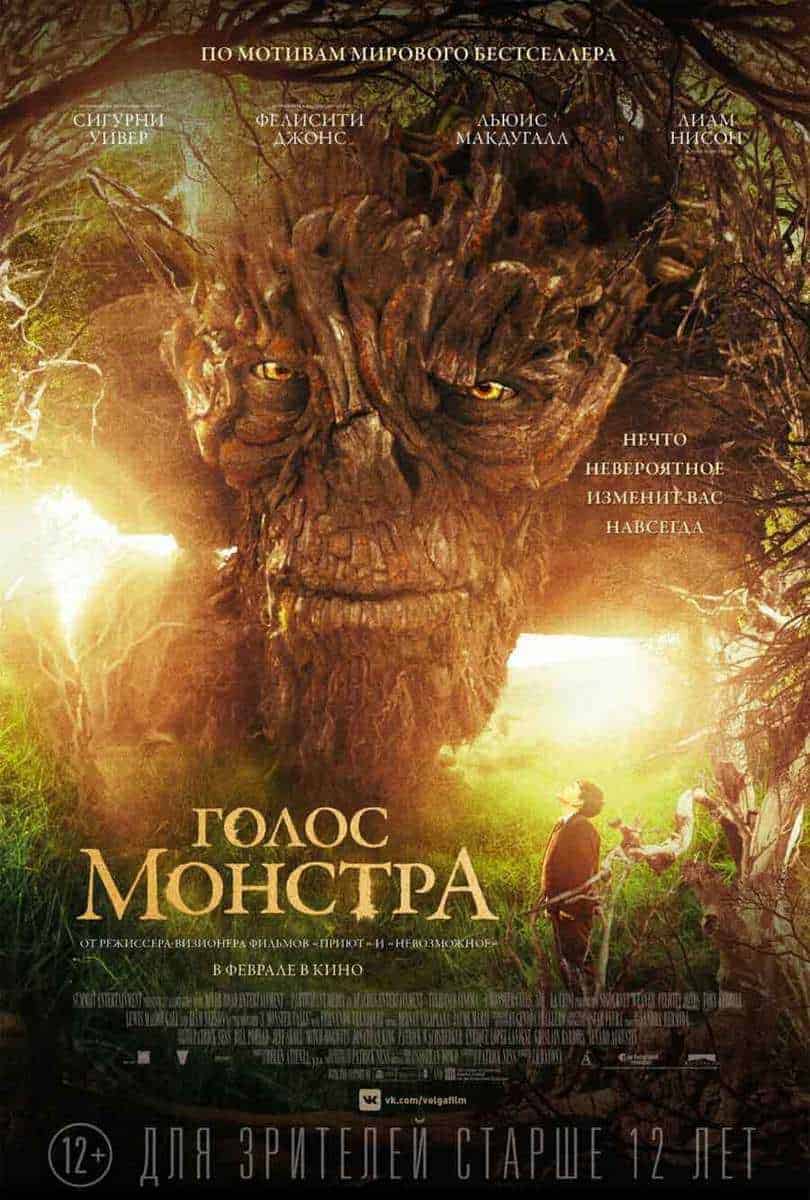 Out on the distant hill, there is an old church and a still older yew tree. The anxiety and pain in Conor’s life is felt by the yew tree. It comes to life, and it comes to visit Conor. The immense humanoid tree seems very scary, yet he speaks with a gentle but authoritative voice. The Monster (voiced by Liam Neeson) has three stories to tell Conor, and when he is done, Conor must tell him one story.

The stories that the Monster tells are illustrated with a beautiful watercolor animation sequence. The first story is about a magical kingdom that has kings and queens. The second story is about a pastor who shames an old man who sells roots and herbs that can cure people. The third is about an invisible man and a monster that helped him. Conor hears the stories, but they do not work out the way that he thought they would.

Conor hears the stories, but he overreacts. He drives away his father and becomes more distant to his grandmother. He goes overboard and destroys everything precious in his grandmother’s living room. He is overcome with rage and fights back against the bully, but sends him to the hospital. In each of these cases, even when he has done something outrageous and destructive, he does not receive any punishment. Conor is simply dealing with too much stress, they all say.

The story of “A Monster Calls” is very simple and direct. It focuses on Conor and what he is going through. He feels alone and powerless until the Monster calls upon Conor. But the final story reveals the full sadness in Conor’s life and what he truly wants. He is ashamed to have the Monster know what he feels inside. The dread and sadness of the story are then lifted up by the artistic beauty of the story sequences and the emotional release at the end.

Lewis MacDougall is a major young actor who can handle the tricky role of Conor. He is well cast and performs in a very believable way. Felicity Jones does ok with the Lizzie role. However, not a great deal is asked of her in the role, and she fades out near the end.  Sigourney Weaver does a sturdy job as the grandmother, who at first seems very mean and harsh, but she learns that Conor is more important than just things in the house.

The Monster is voiced by Liam Neeson, who has a very distinct quality of overwhelming scariness in his tone, but has a soft and comforting aspect as well. The Monster design is very well-done CGI. It has the unfortunate tendency of bringing to mind a similar character from the movie “Guardians of the Galaxy”. So the Monster is a huge giant, and he is a big tree. This movie might be called “The BFG 2: The Big Friendly Groot”.