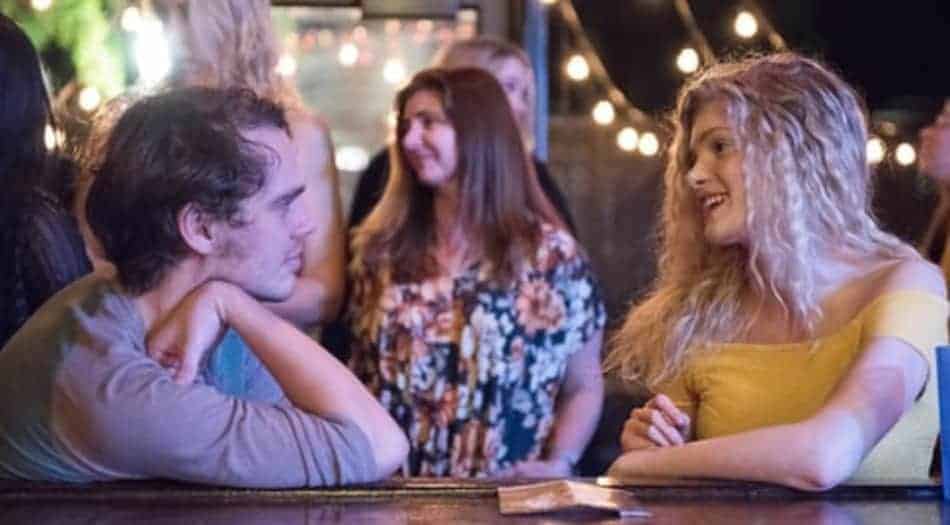 ‘Summer Night’ is the directorial debut of actor Joseph Cross. Learning this made me want to like it more than I did but unfortunately, as I watched all I saw was a film that wanted to be as good as the 1995 ensemble classic, ‘Empire Records’ and desperately longed to be seen as second coming of 1993’s ‘Dazed and Confused.’ Let’s face it, folks. 2019 could use a little of what those films gave but, sadly, this film didn’t quite come together in that respect. It would be easy to lay the blame at the new directors’ feet, but he does share the burden. The script is by first time writer Jordan Jolliff. With those two important elements in mind and considering where it could be in the hands of most amateur writers and directors, it isn’t completely terrible.

The story is about best friends Jameson (Coltrane) and Seth (Nelson) who think of nothing but sex, drugs, and music. They’re about to kick off a fantastic summer night when life kicks them in the family jewels instead. Seth learns that his girlfriend Mel (Tipton) is pregnant and Mel needs him to man-up. Does he? Jameson wants to get with the beautiful young woman (who’d never look at him) named Harmony (Justice), but can’t seem to let go of a previous relationship with a girl he has dated for a while. Will he? And why can’t he commit to her?! The ‘her’ here is Corin (Kampouris). Corin looks fourteen but then so does Jameson. Since neither one of them quite look like adults, nor act like one, maybe they’re a perfect match?

We also get to know the leader of a rock band named Taylor (McAuliffe) and what’s going on in his relationship. Outside of the females who carry all the weight, he’s probably the most interesting character of the bunch. Yet not so engaging is his band that they should have spent over twenty minutes of the film dedicated to his band up on stage. I wasn’t quite sure why so much time was necessary for these musicians to be singing, rather than going back to the storyline the film so desperately lacked. Precious time was needed for the abundance of superfluous characters that walked in and out for no apparent reason. It was almost as if they were promised a moment on screen… even if they more or less diverted from the plot. There were so many that it was distracting, and it becomes difficult to concentrate on those you want to get to know. Because of this continuing to happen throughout the film, it’s hard to truly care for any of the characters.

I’d like to say this was a great movie about how a group of millennials came together, faced their problems head-on and learned from the experience. That they grew up before the end of the night. It’s clear that’s exactly what they were going for here but that isn’t what happened. These are merely people faced with adulthood and struggling against it. I will say this; I believe that both Joseph Cross and Jordan Jolliff must keep working. This is a great project to start with and it’s these two who will develop and one day flourish in their careers. This freshman effort screams of talent and a willingness to never give up. I’d like to see what they offer next time around, especially if they decide not to reduce the female roles to hideous, insignificant stereotypes.

Check it out in theatres and on VOD today!! Come back and let me know what you think!