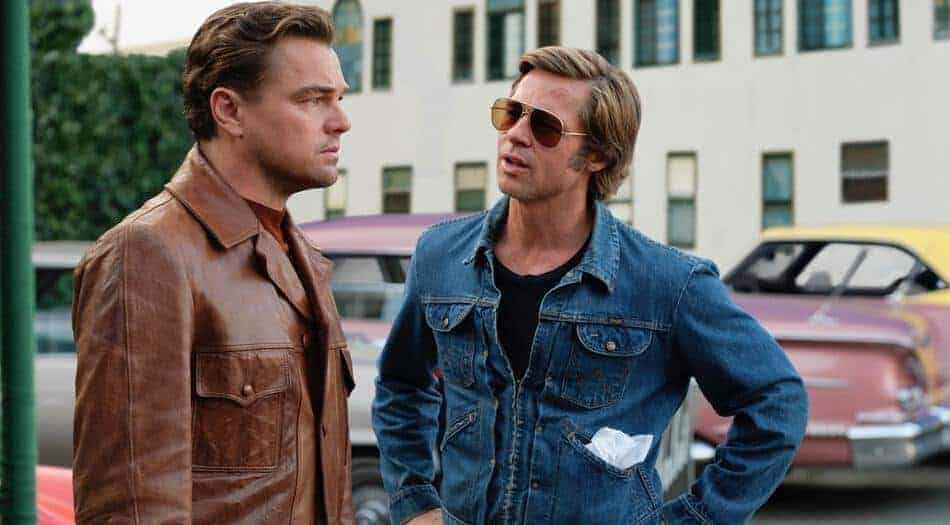 ‘Once Upon a Time in Hollywood’ is arresting cinema. I enjoyed every minute of the almost three-hour film and didn’t once feel its length. In fact, I didn’t want it to end. Quentin Tarantino’s films, this marks his ninth, have a unique and beguiling way of introducing you to the characters that take hold of your imagination and makes it easy for you to understand who they are and what they’re about. You also swiftly fall in love with them, bad guy or good. I’m happy to say that this experience will be no different. A lot of the same actors you’ve come to know through his previous films, do pop up in this, as well, making it feel even more special. Sadly, this is also the last film of actor Luke Perry before he passed away on March 4th at age fifty-two.

Make sure that once you’re seated you don’t have to leave for any reason. Don’t get up for candy, popcorn or soda or to send a text. Make sure you make a pitstop to the bathroom before finding your seat because you don’t want to miss any of this. Granted there are a few shots of people driving or walking around that could have been cut for time but for the most part, every second is used wisely to keep you submerged in the terrain of the 1969 landscape the film is set in. With the tone of the film, the music, and the cinematography, Tarantino puts you in another time and place. He has his actors not only discussing the old movie and television stars but, to make it more believable for his audience, he puts them in scenes of old films, too. Leonardo DiCaprio shines in his portrayal of Rick Dalton who finds himself getting a little too old to be hired for the characters he has always played and worries that his show business career is over. He had a hit show of his own but now finds that he’s only getting cast as the bad guy in episodic television shows such as ‘Tarzan,’ ‘The Green Hornet,’ and ‘FBI.’ Producer Marvin Schwarzs (Pachino) tells him that if the audience continues to only see him as the bad guy, it will have a psychological effect on them. If he continues on this path, soon that audience won’t be able to see him as a star at all. He suggests to Rick that maybe it’s time to be a leading man in Italian westerns. This makes Rick cry to his best friend and stuntman, Cliff (Pitt). Cliff can hardly be sympathetic when his stuntman days have been over for quite some time except for when Rick can get him a gig. Most of the time he chauffeur’s Rick to and from his home on Cielo Drive. Rick is amazed that his home is next to Roman Polanski (Rafal Zawierucha) who is one of the biggest directors in the business. Polanski’s wife, Sharon Tate (Robbie), if you recall, was murdered by members of the Manson family there. This incident is addressed in the film. Robbie is fantastic in the role of an actress finally getting some recognition but still mesmerized by it all. Robbie’s feet make an appearance as do most of the tootsies of the females in the film, one way or another. I couldn’t help but notice and you will, too.

You’ll be incredibly happy with this film. It’s intense, amusing and devastatingly violent at the same time. Star after star stroll in front of the camera and there are even trailers for the work that Rick has done. This is so fun that you can’t look away. Even a scene where Cliff is feeding his dog has a hypnotic effect on you, believe it or not. The characters are remarkable, and the story and dialogue stand up to any of Quentin Tarantino’s films. I’m dying to tell you about certain scenes but instead will tell you this, go see them for yourself as soon as possible and don’t let anyone talk you out of doing that very thing.

*Stay for a middle credit scene.

Once Upon a Time in Hollywood