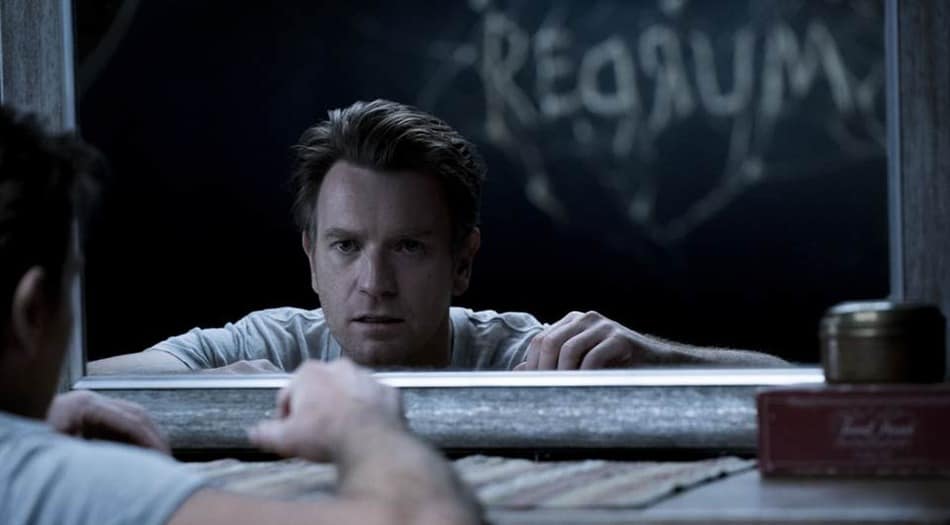 If asked, I’d sum up this movie in one sentence. I’d say that it’s about a depraved matriarchal killer named Rose the Hat (Ferguson). She started her bloodshed over a century ago, and moves around the country with her band of misfit vampires, for lack of a better word, looking for souls to steal along the way. This story is utterly wicked as is she.
It tells of the beautiful Rose, who does give off a warm, kind and even motherly air, but is ruthless and beastly within. Rebecca Ferguson’s (The Greatest Showman, Men in Black: International) performance is the strongest in the film. The character is fascinating, and Ferguson commands your attention, which is fine since you don’t mind giving it. She’s dazzling and the wardrobe she struts around in works to sell the part.

Rose manages things by collecting worker bees who’ll bow down to her. The easier to control, the better. Rose zeroes in on a new recruit, Snakebite Andi (Lind), who, similarly, likes to ruin the lives of men. She concentrates on those who prey on little girls. For fun, she plays the victim by trapping them and marking them. Rose likes her cunning and manipulative ways and wants to feed off of her. She does and also makes the young woman one of them. The feast they enjoy is the essence that oozes from the body as their victim dies. She calls it their ‘steam.’ The more pain she inflicts, the more pleasing the meal. Children are the main target as they’re purer. Young actor Jacob Tremblay plays such a mark in one of the most disturbing scenes of the film.

When we meet up with Dan (McGregor) again, we see a man who has grown up to be a mix of both his mother and his father. He has the temperament of his mother but fights the demons of alcoholism as his father Jack once did. He’s also still haunted by the same ‘starving’ ghosts from the Overlook hotel. Speaking of, if you’ve read ‘Doctor Sleep’ I’ll let you in on one thing. That is that the film doesn’t end entirely the same as the book does. Knowing of Stephen King’s contempt for the ending of ‘The Shining,’ what director Mike Flanagan (Ouija: Origin of Evil, Gerald’s Game) does here, is give King the finish that Stanley Kubrick never allowed. You and I may have loved it, but King did not. Respectfully, Flanagan’s attempt with this film is to satisfy everyone. It’s a rough deal to accept, but Flanagan is the perfect person to take on the task.

Dan is confronted with a problem he knew he’d come across someday. A teenage girl by the name of Abra Stone, played by the young actress, Kyliegh Curran, has the shine and he needs to help her understand and control it, rather than be too impulsive with her abilities. She needs to know her limitations, understand what’s going on, and be aware of the possible dangers. This character is virtuous, unlike Rose and her gaggle of bohemians. In fact, Abra is a welcome contrast to the others in the film. Dan also becomes friends with Billy Freeman (Curtis), a man who helps him start a new life. However, just when things are going well, ‘The Shining Part 2’ finally rears its ugly head — hints of the first film drift in and out of the sequel. You’ll be taken back to the world Dan survived by watching certain scenes again, this time reshot using lookalike actors. By the way, the casting was splendid. You won’t believe who plays Jack Torrance this time around. Anyway, when Dan goes back to the Overlook, he peers through the door that his father disturbingly took an ax to. He recalls how Jack was slicing his way in, shouting, ‘Here’s Johnny!’ in an attempt to frighten and then kill the boy and his mother. Creepy moment, one of the best.

That said, if you’re looking for ‘The Shining,’ in ‘Doctor Sleep,’ you’ll see its ghosts, but you will ultimately be disappointed. The best advice I can give you is to not go in thinking you’re going to see what Kubrick gave you. Where he went for the scare, this is more of a character study that points out Dan’s inner demons in a way that Kubrick missed exposing Jack’s to us. There’s simply no comparing the two. It’s a long movie, but it has great characters and watch worthy moments. It’s good. I liked the film, but I wanted to like it more. Heed my warning not to expect the horror of this film’s predecessor, and you probably will.