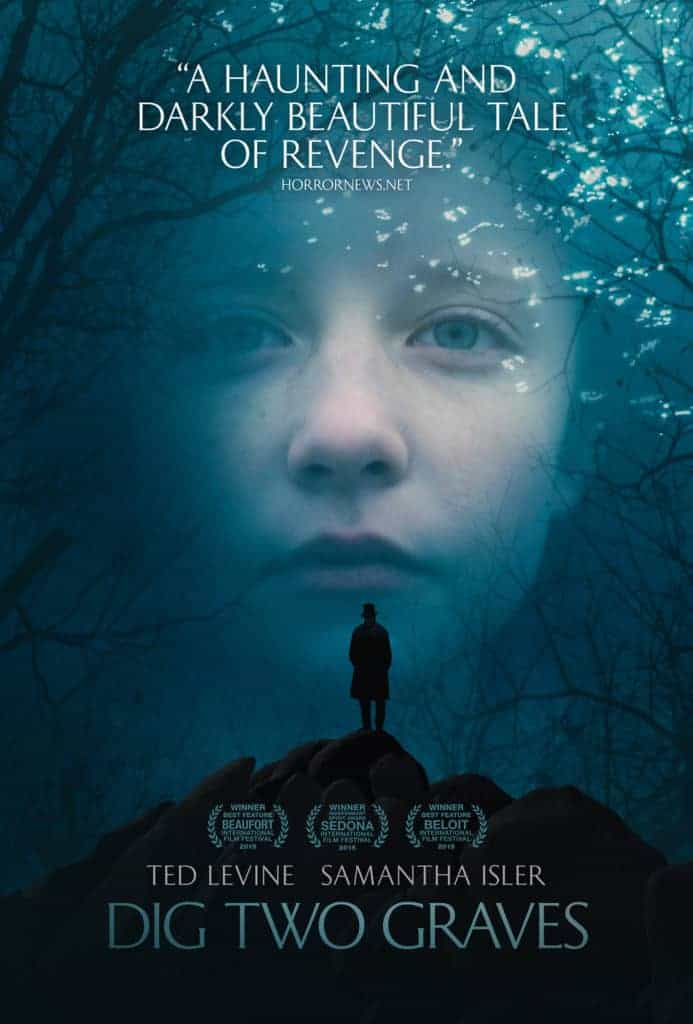 The Chinese proverb, ‘When you embark on a journey of revenge, dig two graves,’ is where the title for the film comes from.  I had never heard it before and now don’t think I’ll ever forget it.  Dig Two Graves is set in the 1970’s and partly told in well-established flashbacks.  It’s an award-winning thriller that will keep you on the edge of your seat for most of the time.  It was written, produced and directed by Hunter Adams, he wrote it with Jeremy Phillips, stars relative newcomer Samantha Isler, from last years Captain Fantastic, and also stars the fantastic Ted Levine from Silence of the Lambs.  Adams, relatively new himself, only has five directing credits to his name, two of them shorts, so if this film is an indication of what’s to come, I’d have to say it won’t be long before his resume doubles.

In this creepy mystery, you’ll fear for the life of an innocent young girl who may or may not be so innocent by movies end.  Beautifully shot in a location scouted by the director himself, it takes place in a remote town where siblings, Jake (Isler) and Sean (Ben Schneider) are, essentially, one another’s best friends.  In the beginning of the film, an assumed accident happens and Sean vanishes after jumping off a cliff into a quarry below.  Devastated and feeling somewhat abandoned, Jake, who witnessed the leap, is filled with guilt for having not jumped herself.  Unable to truly move on from his disappearance she retreats from life, eventually believing she’d do anything to get her brother back. 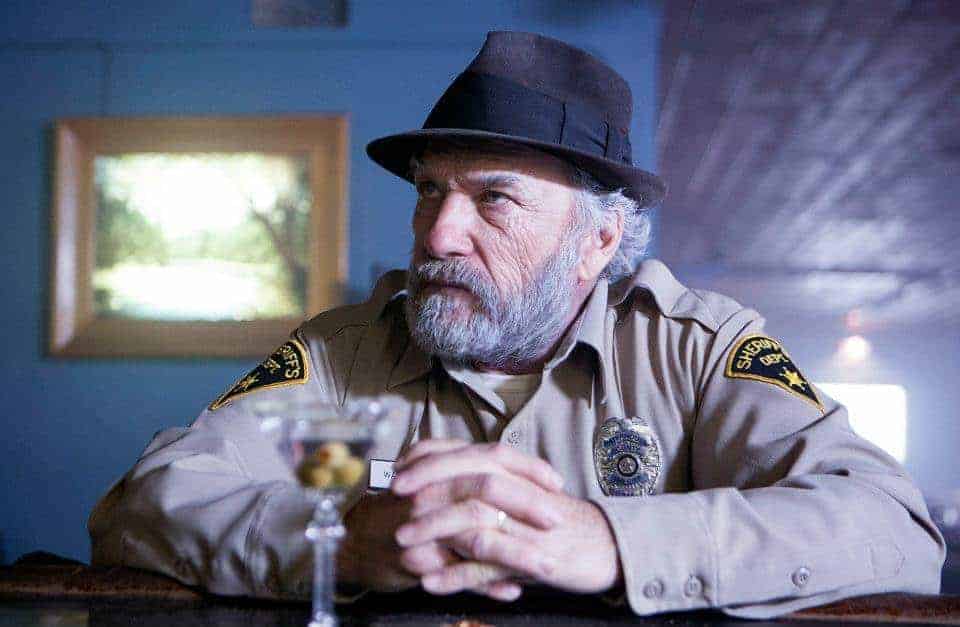 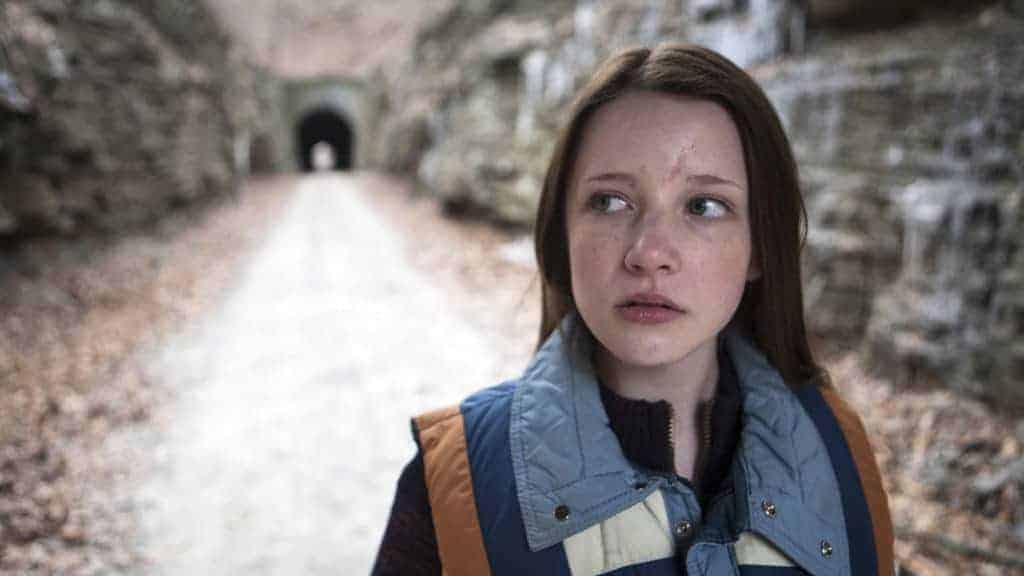 If someone has passed away it’s a silly notion to think it’s possible to bring them back to life but she meets a man who convinces her it’s not such a crazy idea.  Her anguished young heart comes across the dark and intimidating vagabond, Wyeth (Ruptash), and his two nomadic pals, who have a history with her grandfather, Sheriff Waterhouse.  The sheriff is played devilishly well by Levine who won Best Actor at the Beaufort International Film Festival for his role.  He’s not channeling Buffalo Bill in this tale but his voice is still penetrating nonetheless.  Waterhouse is carrying guilt regarding the former sheriff that’s eating him alive; consuming his spirit.  If you only know Levine from Silence, this is the film to see and watch him spread his wings.

As if stalking prey, Wyeth pops out of nowhere and zeros in on exactly what Jake needs and promises to deliver if she does something for him.  She must retrieve an item that was taken from him; a medallion.  The medallion summons the power that’s needed to bring her brother back.  Agreeing to help him if he helps her, she is now contractually obligated to oblige and fulfill her end of the bargain, however, as often happens in a deal made with the devil, the medallion is only one part of her obligation.

I loved the acting in this film and not just by Levine.  Ruptash invokes a Jack the Ripper type feel in his character of Wyeth, as he is so solidly played it was hard to tell if he were human or from the spirit world.  Also, this was a great film for Isler to launch her career and deciding to cast her was a brilliant decision by Adams.  Of choosing her he told me, ‘She had great instincts.  She was smart and understood the subtext… had a real intention behind the words which is pretty rare to see in someone of that age and still have that innocence, you know, that wide-eyed look that we needed.’  So, with this substantial combination of weighty script and successful casting, Adams claimed the Best Director award at the 2015 Beaufort International Film Festival and the Director’s Choice Independent Spirit Award at the Sedona International Film Festival in 2015.  If you didn’t catch the film during its festival run, you can catch it now at a theatre near you and on iTunes.

Here is the link for you to view it.  https://goo.gl/ONiZ6s

‘We played the festival circuit and then the last year or two has just been trying to figure out the wild wild west of independent film distribution.  We finally go that sorted out.  It’s now releasing in theatres and on VOD.  It’s been a long journey.  We’re doing an iTunes exclusive for the first four weeks and then it’ll be available on all VOD platforms; Amazon, Playstation, VooDoo… all of those.  That’ll be April 21st.  All VOD platforms.  Just search Dig Two Graves on iTunes and it’ll pop up.’  -Hunter Adams