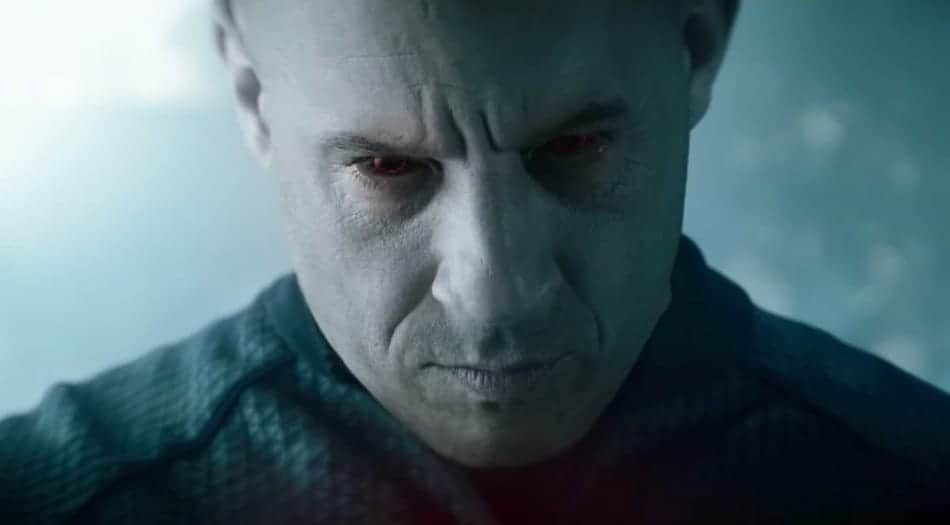 Vin Diesel plays a soldier named Ray Garrison, who, along with his wife Gina, played by Westworld’s, Talulah Riley, died at the hands of a madman named Martin Axe (Kebbell). It’s such a nasty death that Garrison eventually remembers it after he dies.

Garrison passes on, but soon after, he wakes up with a second chance at life. When he died, no one claimed his body, so the Army donated it to science. Dr. Emil Harting (Pearce), who Garrison calls ‘Doc,’ purchases his remains, and he’s more successful with it in ways he’d been dreaming of for years. So long, in fact, that the partners in his company, RST, have moved on without him.

Harting explains to Garrison that he’s a part of something bigger than himself. He has given life to a program that saves the lives and limbs of wounded soldiers. They can be enhanced and don’t have to meet a tragic end anymore. If they lose a limb, they simply get a new one and not a mechanical arm or leg, but one that’s virtually their own.

Harting’s work is in Bio Mechanical Construction. He cuts Garrison’s hands to show him how his body now works to regenerate itself. Thousands of little robots withing his bloodstream called ‘Nanites’ react to an injury to rebuild his tissue. Where Harting’s work stalled in the past was in the fact that the Nanites used too much energy. However, with Garrison, he found the key to the Nanites ability to recharge themselves when running low. The robotics within his body makes him, fundamentally, superhuman. He has strength, speed, and skills not known to many. With everything coming together for Harding’s, the profitability in his very near future because of this technology, is unimaginable. It’s a good thing he doesn’t have to share it with partners anymore… or does he?

The control Harting has over Garrison changes when his super-soldier hears the song ‘Psycho Killer’ by the Talking Heads. If you’re a fan of the song, you’ll get to listen to it used in the most unpredictable way here. When the song starts, it triggers a memory in Garrison of his and his wife’s death. He becomes aware of the fact that he has unfinished business with Axe, setting his sights on revenge.

Vin Diesel then delivers a monotone and predictable line, which is, ‘I had a wife and Martin Axe took her from me.’ So visible to everyone, Garrison sets out to even the score.

However, with the help of KT (González), a woman working with Harting, he sees that not only can he no longer trust his feelings, but that everything he sees should be questioned. It’s here that the action of the action film picks up steam. Some of the sequences are predictable, but for the most part, they’re exciting and thrilling. You won’t be disappointed. There’s a scene on the outside of a building that made my stomach turn as if I were on a rollercoaster ride. This moment alone makes the price of seeing on an IMAX screen worth it.

Even though I was watching the movie for the action, the character of Wilfred Wigans (Morris) was my favorite. He’s a coding expert who ends up also being the comic relief. His dialogue was relatively amusing and very appreciated. What he ends up doing for Garrison is helping put the puzzle together of who Garrison is and what Harting’s exact plans for him are.

Here’s take is that you’ll enjoy ‘Bloodshot.’ Don’t listen to people who say you won’t if you have these two criteria for your action movies: you’re a fan of Vin Diesel, and you like action movies. Also, I can almost assure you that there will be more of its kind, so see this one on the big screen now.