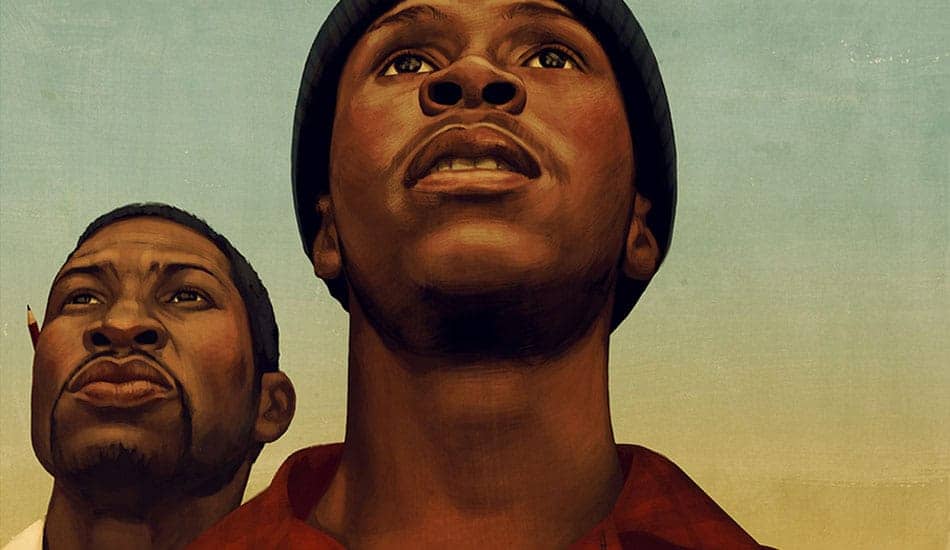 “The Last Black Man in San Francisco” is a small independent movie about the power of a house when you consider it home. But the house in question is a quaint little place in a very old section of San Francisco. With the influx of cash and modern hipsters brought in with gentrification, the slow change of the mix of people in the neighborhood has sped up. One black man was told as a young child that his own grandfather built this very same house many years ago. Now, his family has many years been removed from this special house, and he desperately wants back in. But the current value is up into the millions. This ragtag man and his close friend can only come by once a week to paint he trim. He has an unachievable goal, but he will not drop his desire to get back into ‘his’ house.

Jimmie Fails (Jimmie Fails) and his close friend Montgomery (Jonathan Majors) is the man with only eyes for one place to live in San Francisco. But with his meager job, he and Monty have nowhere else to live. So, he stays with Monty with his Grandpa Allen (Danny Glover). Jimmie spends most of his days going back to the beautiful rowhouse on the street in San Francisco, the place that he believes that his grandfather built from the ground up. He rides his skateboard, or the bus, and sometimes the train. Neither of these guys can afford a car, much less a house that costs over four million. But one day, the current residents move out of the house. So, Jimmie and Monty break in and decide to become squatters to take possession of the house.

His aunt Wanda (Tichina Arnold) remembers that house fondly. She has the furniture that used to be in the house. She gives all the old stuff back to Jimmie and Monty – so they can put it all back into that wonderful house. She does not know that he does not officially stay there. Jimmie also meets with his estranged father, James Sr. (Rob Morgan). He is the one who had told Jimmie that the house was built by Jimmie’s grandfather. But James Sr. is a bit of a grifter and con man, so the less time that Jimmie spends with him the better. Montgomery happens to visit a local real estate agent named Clayton (Finn Wittrock). Clayton has the deed and title papers for that special house. It shows for a fact that the house construction is not as Jimmie believes. But how can he break the news to Jimmie?

Monty works on sketches and writes plays. There is a local street tough named Bobby (Mike Epps). Bobby used to harass Monty and Jimmie, but it was different after they moved into the new house. But Bobby is killed in a gang fight, and Monty decides to put on a special one-man play about all the people in the hood. All the locals are invited, and the people in the audience learn some hard truths about that old Victorian house and the love that Jimmie has for it. The ones who are in attendance are puzzled why Jimmie is so upset at the news…

This is a very different type of movie. It has essentially three main characters. It has Jimmie Fails (who is played by Jimmie Fails). It has Montgomery (Jonathan Majors). And it has the house. The house itself is a particular character. It is goal of Jimmie, and it is also the thing that eventually breaks his heart. Jimmie Fails has a unique style in that he can create a great thousand-yard stare. He can just stare out into the distance, as if he is pondering some great thoughts. He and Jonathan Majors work well with each other to create a bond of friendship on the screen. The house is glorious piece of design work, inside and out. It is a fancy place of refined beauty. One could see how a person would fall in love with a structure, especially when it is like this.