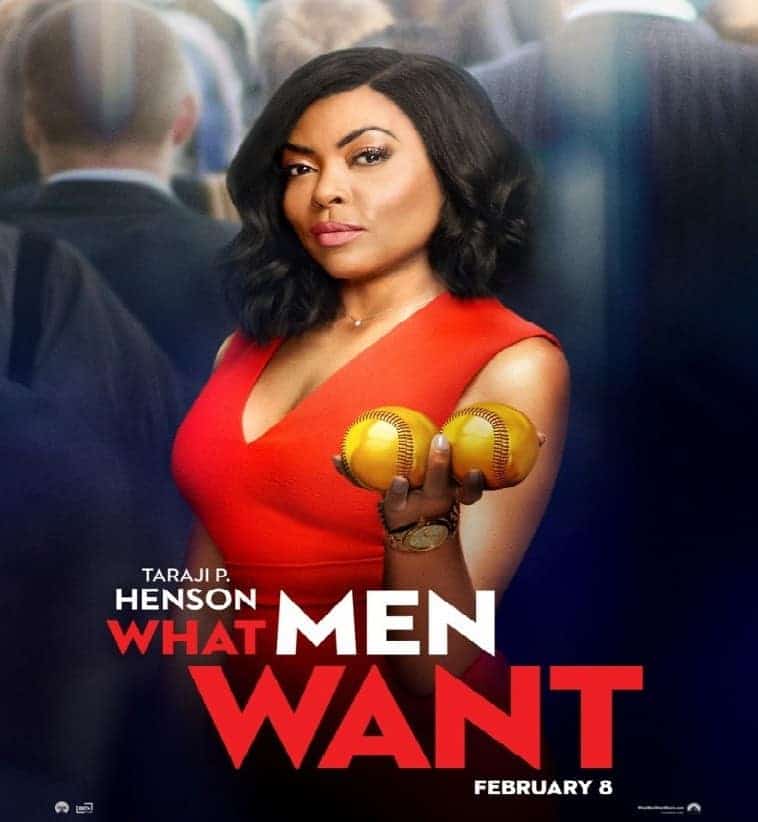 Ali Davis, played by a very confident and amusing Taraji P. Henson (Proud Mary, Hidden Figures), is a female sports agent at a company who prefers to cater to male sports figures as well as male employees. We meet her when she’s doing her best to get and stay noticed. She’s of the opinion she’s about to get a big promotion to partner. One she feels she’s earned, is more than qualified for and that her company is happy to give. When the promotion, instead, goes to yet another man, she gets appropriately upset. When she asks what she has to do to get the approval she needs and be taken seriously, she gets a response she isn’t ready for. She’s told by the president of the company, Nick (Bosworth), that she doesn’t connect well with men and ‘to stay in her lane.’ Ali now makes a promise that she’ll show them all by personally signing Jamal Barry (McGhie), the young up and coming basketball star they’re all scrambling for.

When she leaves work, she heads for a tavern and meets up with a bartender named Will (Hodge). This scene is both sexy and hysterical as she climbs on top and takes all her aggression out on the poor unsuspecting fellow. Finding she just may be more like a man than you originally thought you’ll laugh hysterically watching what she does next. I’ll set the scene by saying, she got hers, rolls over and doesn’t worry about whether he got his. The next morning, she awakens to find she’s still in Will’s apartment. She’s greeted by his five-year-old son, Ben, who has her thong on his head. It covers his face and he’s acting out a scene from ‘Black Panther.’ This may have seemed funny on paper but watching it was a little disgusting. I liked this movie but panties on the face of the little boy, while funny looking, doesn’t work. Pushing boundaries is always a good thing but this was too far. Maybe this has happened somewhere in this world, and maybe it made someone laugh… but I don’t want to think about it.

‘What Men Want’ is a reimagining of the Nancy Meyers film ‘What Women Want’ that starred Mel Gibson. He played a sexist who ends up able to read women’s minds and grows because of this ability. In this version, the female protagonist must come to terms with the fact that maybe she’s somewhat a sexist herself. Both are equally motivated by self-greed. Ali believes the system is rigged against her, so she’ll use every tool in the kit available to get where she wants to go. She finds answers from the psychic ‘Sister,’ played extraordinarily well by Erykah Badu, who you won’t even recognize. Sister gives her a potent tea laced with weed and crack to help a girl out. This mixed with a bump on the head and suddenly Ali notices she has the ability to hear men’s inner thoughts. Realizing how this can be of use, she gets back with the bartender and rocks his world. She also makes an appointment to meet Barry and his father Joe ‘Dolla’ Barry (Morgan). Joe is the film version of LaVar Ball with dreams of using his son’s future fame in the NBA to his full potential. Leaning more toward Joe, Ali pays attention to the desires of both men and tells them what they want to hear. With the help of her assistant Brandon (Brener), she gets almost everything she wants. 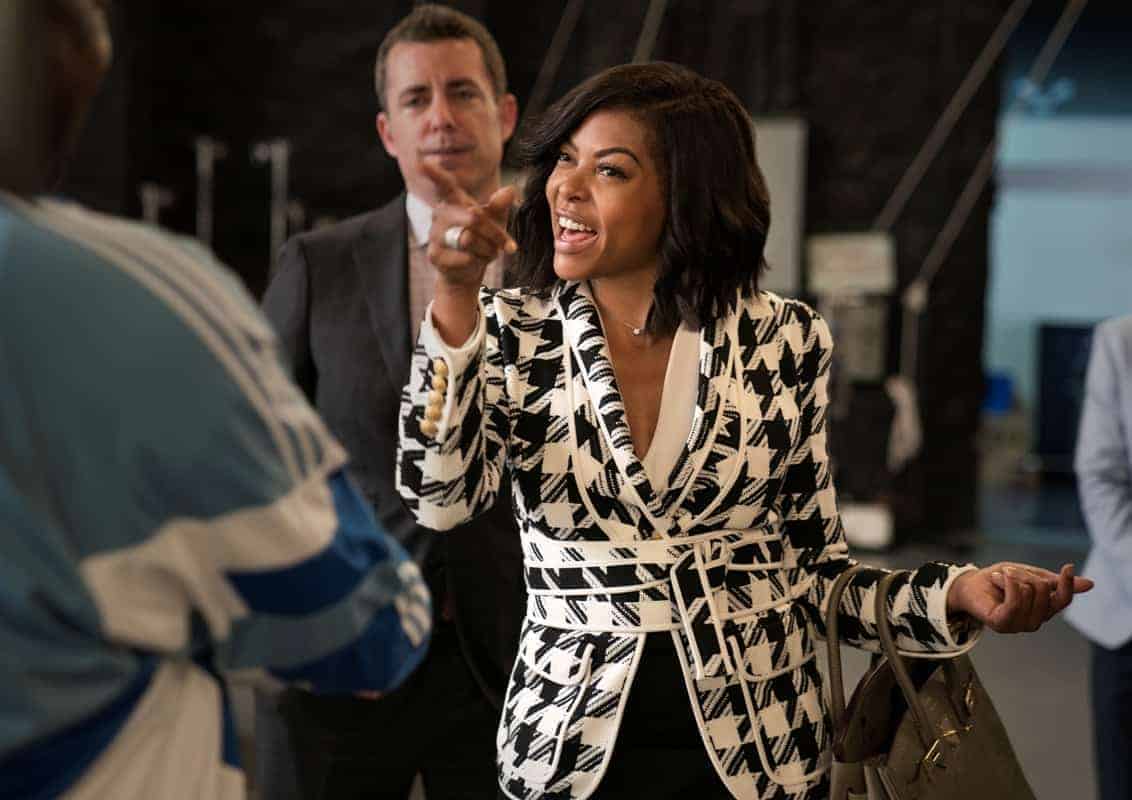 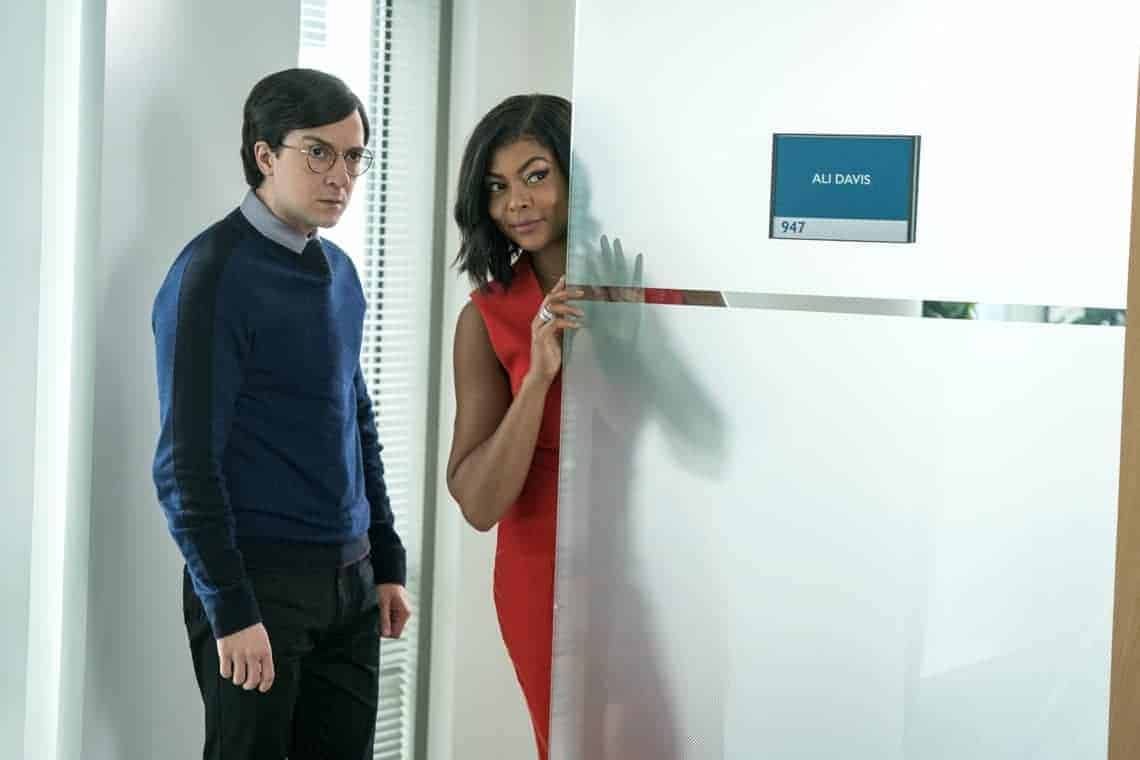 As the story moves on, more and more ludicrous and hysterical situations occur. She crashes what has to be the funniest poker games you’re likely to see in a film. It’s filled with fantastic cameos. She uses her powers to get with a hot neighbor but regrets her decision when she finds he has more in store for her than she can handle. Though she’s having fun, it’s when she pushes true love aside that she finally comes to terms with the fact that maybe she doesn’t connect with men. Not in the right way, that is. What she does is carry a big chip on her shoulder. Now, as you knew would happen, she’s gotten herself into a big mess. She eventually returns to the psychic and asks that her abilities be removed. Sister tells her that with great power comes great responsibility. Ali has been looking at things the wrong way. She suddenly listens with a different ear and sets her life on a new course because winning isn’t everything if who you are on the inside is simply dreadful.

Henson has impressive chemistry with the entire cast, most especially with Tracy Morgan who’s a strong character opposite her. ‘What Men Want’ in no way shirks its duties as an R-rated adult comedy. It takes its obligation to meet that rating very seriously. If you’re looking to laugh, you’ll want to see this as soon as possible. Please, don’t expect ‘What Women Want.’

Go in knowing full well it gets down and dirty. That said, the end of the film is perfect for the theme. Speaking of the end, don’t get up and leave when the credits start to roll. There’s more to come.