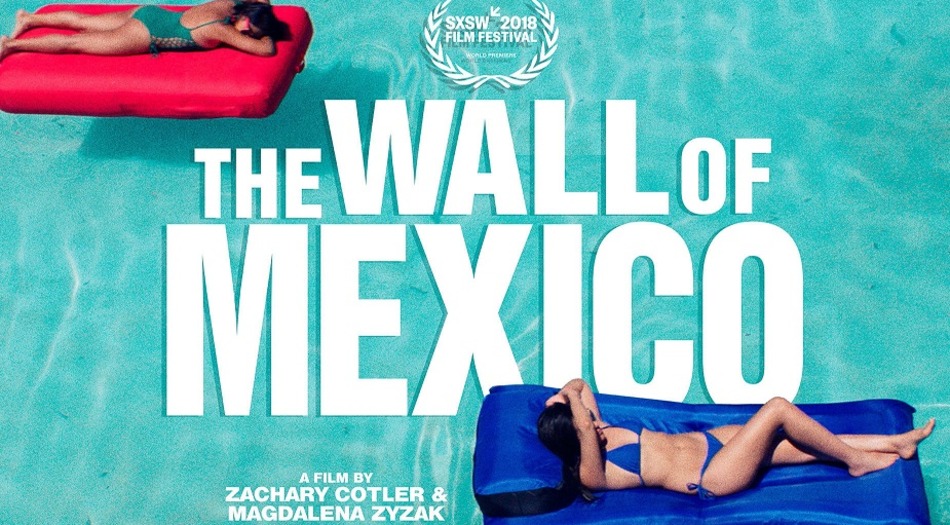 The plot is that a wealthy Mexican family named Arista feels they have to put a wall up in order to stop everyone from coming onto their property and taking a precious commodity of theirs.

This commodity is something the less fortunate people in town love and cannot get anywhere else.

In a reverse of what we hear coming from the white house under this administration, the white neighbors are those who are guilty of helping themselves to this delight every chance they get. What they are stealing is the family’s well water, which has exceptional attributes. The family will sell it to them at a very high price, but they’re not willing to pay that price any longer.

Henry, the Arista patriarch, is played by Esai Morales. He hires a new, attractive young man, Don (Rathbone), to help their other hired hand, Mike (Berkeley), work the property. Among Don’s tasks is to guard the well at night. Mike gets him up to speed on everything, including the daughters he doesn’t think too highly of.

Don quickly notices the Arista daughters, Tania (Sacramento) and Ximena (Zumbado), as they lounge by the pool doing everything they can to get his attention. He’s intoxicated by the mystery of the young women and can’t get them, especially Tania, out of his mind. The audience will also notice these solid characters and be charmed by them. What they say and how they say it is managed in a way that’s seldom seen in films these days. It’s extraordinary how you’re pulled into this story by the very odd nature of the pair. They have a strange yet intriguing relationship that you can’t help but desire to unravel. Who are these two individuals… and what is going on?! They seem almost otherworldly.

Sadly, the beginning of the film may lose viewers before they discover what’s so good about it and why it’s so important to stay and keep viewing. We see well-to-do youngsters having fun, dancing, snorting cocaine, having sex, and being entirely unlike the fascinatingly deep characters we meet later. It takes time to get to the really juicy stuff, so I beg you to sit tight and give it a chance. The story starts to develop as Don learns more about them, and as we begin to know more about the water, which is treated with secrecy at first as an attempt to keep you curious. To be honest, it’s relatively easy to figure out what the water does, so the effort to hide it was somewhat unsuccessful. The girls are a mystery to poor Don. They want him, and they do not. They are kind, and they are not. He doesn’t know where he stands from one moment to the next with the twosome.

The movie is shot and edited beautifully. Scenes with the girls taking pictures are captivating. Angles, light, music, clothing, colors are all used to make the production more appealing, and it works. Though it would have been nice to see the rivalry between the wealthy Hispanic family, the poor white town folks, and the police become a more significant part of the narrative, I thought it an important enough film to recommend. As the story unfolds before you, you’re so thoroughly entertained that you don’t realize you’ve been watching a message about profound, deep issues. ‘The Wall of Mexico’ is a political and environmental statement that needs to be heard. The hour is getting late on the subject of the environment. It needs our love. Then there’s the wall. You know what? I’ll just leave it at that. That message is loud and clear.

The Wall of Mexico