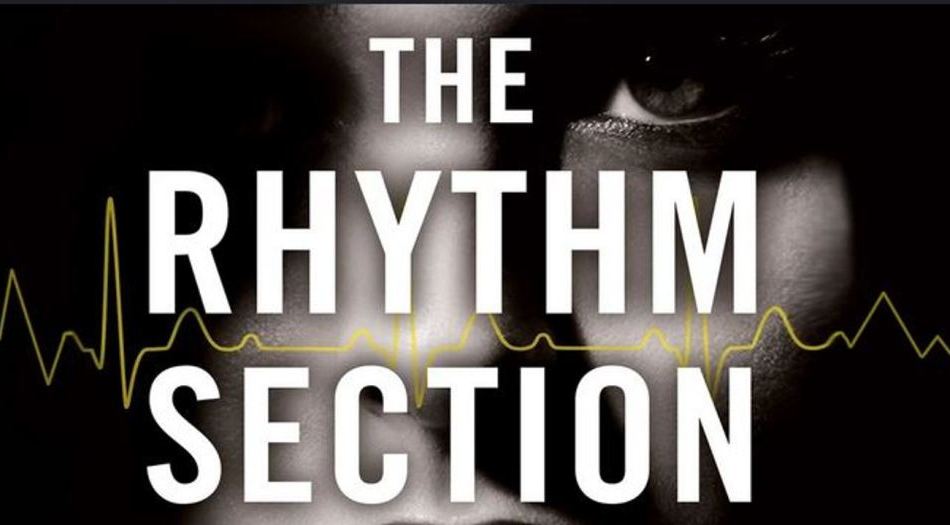 “The Rhythm Section” is a movie that imagines itself as the new ‘Jason Bourne’. But it winds up being more like a ‘Jason Boring’. The root of the story is a personal tragedy that first numbs the main character and turns her into a drug addict. But after learning some information about the tragedy, it then motivates her to become a steely-eyed professional assassin. This unusual turn of events that she gets made-over into a globe-trotting gun-for-hire is a laughable scenario. But in the hands of a sharp screen-writer and experienced director – and with a top-notch cast, this could turn into a gripping adventure. Well, they have at least one of those…

Stephanie Patrick (Blake Lively) is deep in sorrow after the death of her family. They died in an aircraft accident, and Stephanie has been so affected that she turns to drugs and prostitution. But one day an investigative reporter named Proctor (Raza Jaffrey) seeks her out.  He has been investigating the downing of that flight that killed her loved ones. He has sources deep inside the British government that tell a different story. That plane was bombed out of the sky and people lost their lives. But a massive cover-up has not been made public. Proctor has a source who used to be with MI-6, and he knows the truth.

Stephanie takes some limited information and tries to go out on her own. All that does in get Proctor killed. She goes off to Scotland to find his original source, someone code-named ‘B’. She stumbles across Iain Boyd (Jude Law) who is that prior British spy. Stephanie is in no shape to become a revenge machine and go after the people who killed her family. Boyd sees that she has potential and decides to train her for field work. That includes hand-to-hand combat, defensive driving and handling small arms.

Boyd knows of an ex-CIA agent named Marc Serra (Sterling K. Brown). He is now a free-lance information broker, and he might have a way to track down the highest-level person in the group that planted the bomb. But first, Serra has a deadly hit that needs to be taken on a mid-level target. Stephanie, who is pretending to be a Russian free-lance killer, takes the job in Tangiers. There is a person who needs to be eliminated, and Stephanie needs to prove her worth. Some things go down, and not in the way that she had anticipated. But she makes it out and the target does not.

Boyd gets Stephanie to make another deal for a murder-for-hire. This time it will happen in New York, and the target is a well-protected finance guy. Stephanie hopes that these are the small fish that will lead to the big fish, the main guy in charge of the plane bombing years ago. The New York target has an encounter with Stephanie, but she lacks the killer instinct. Boyd is there to back her up with a ‘Plan B’. Boyd’s method causes a lot of collateral damage, and Stephanie leaves – she does not want to be part of his operation.

Stephanie leaves and finds Marc Serra. He now has information that bomber is still active and will strike in France. She goes over there to find the bomber, hoping he will leader her to the big fish. Oh, and she wants to stop the bombing of a peace rally while she’s at it. There are chases and scuffles, and there are explosions. In the rubble, there are answers to be found. But not to the audience. In some convoluted manner, Stephanie decides she knows the identity of the big bad guy. She goes after him and kills him. But how she made that leap of logic is basically unknown to the people watching.

“The Rhythm Section” has a faulty premise. It proposes that the untrained under-powered wife of a bombing victim can turn into sleek, world-trotting professional hit-woman-for-hire. Maybe that could happen after she spent years undercover in the CIA or MI-6. But in this movie, that is not the case. Blake Lively gets deep into the grimy and dirty world. First a world of drugs and prostitution, and later into the world of hand-to-hand combat and street car chases and undercover operations. She does a decent job, but the character is never given a true path to follow. Jude Law is very good as the MI-6 mystery man Boyd. Sterling K. Brown is aimless, because his character has no depth.

The screenplay is written by Mark Burrell, who has adapted it from his original book. But the things that perhaps worked OK in the book – these things fall flat on the big screen. There is a series of confusing timelines and flashbacks. The director, Reed Morano, lets the movie drag in some areas. There is some very nice close quarters combat scenes, and an exciting car chase. But there are more slow patches than ‘go’ patches. For a movie concerned with ‘Rhythm’, it never quite gets the right beat…

“The Rhythm Section” wants to be like the other major series created by Eon Productions – “James Bond”. But this movie will leave you neither shaken – nor stirred.