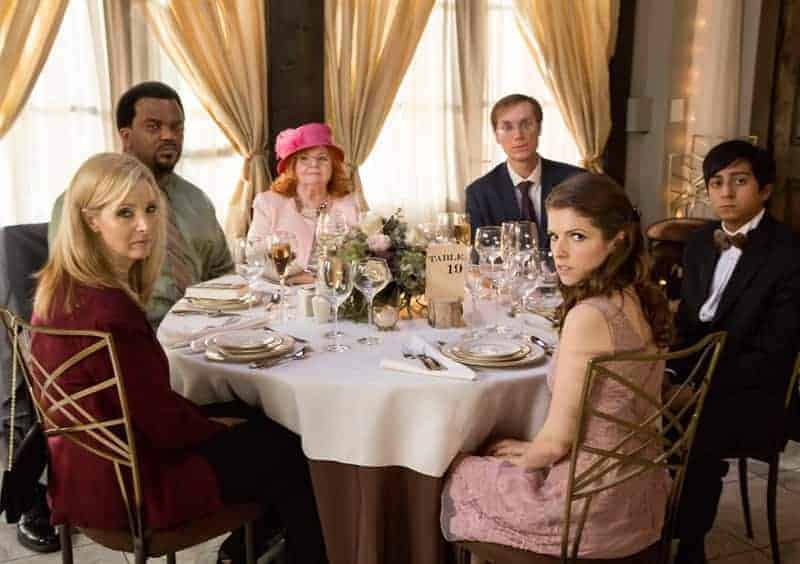 If you’ve ever found yourself as the party guest who has been invited to the party but can’t be super involved due to the placement of your table, then you’ll understand why this movie was made.  It was made for all the odd men out who have watched all of the festivities from afar.  So far away in some cases that you can barely even say you were there!  You were practically scuttled off into another room or the hallway, at least this is how you begin to feel.  If you have ever sat and scanned the table in which you’re seated and noticed you’re at a table full of strangers rather than with those who invited you, and your tablemates seem not to fit in with the other guests, you need to do one thing… examine why you’re at that table, too.  Consider this movie a wake-up call if you’ve ignored this happening to you, especially if it has happened more than once.

Writers Mark and Jay Duplass have either been there or have put people there; waaay back there at Table 19 because they certainly hit the nail on the head as to how a guest would feel when realizing they’ve been relegated to the outskirts of a given gala or celebration.  They did a good job writing a script that empowers anyone who has felt shunned in this manner.  At a lost, distant table, one can find hope, friendship and maybe love, if they just open their minds to it.  I liked how it championed for those who should have checked no on their RSVP, but the movie goes out of its way to make a few characters likable that just aren’t.

It starts off well, revealing Eloise’s’ (Kendrick) reason for being at the bad table.  She’s the ex-girlfriend of the bride’s brother, Teddy (Russell), and now ex-maid of honor.  One by one, explanations for the other characters at the table are established.  They’re even accompanied by flashbacks.  We have some witty banter which at times, especially when dispatched by Walter (Stephen Merchant), have you laughing and at other times has you feeling sorry for this group of misfits, which isn’t good when you made your way to the theatre, promised a comedy, and are having a hard time finding a reason to chuckle.  It is labeled on IMDB as a comedy, drama but who are we kidding?!  Duplass writing for this cast?!  I’ll not highlight that too soon.  Back to the characters.

Jo (Squibb) is a sweet old woman who all but raised the bride and is being treated horribly by her today.  Rezno (Revolori) is an incredibly obnoxious and extremely unfunny virgin who figures, along with his mother, this is where he can land a drunken, foolish young woman to be his first.  Drunk and foolish is what she’d have to be because no one in their right mind would be into this awkward nightmare of a character.  Rezno was simply too far out to be believable and I thought the film would have been so much better had he not been a part of the story.  Kudrow and Robinson are Bina and Jerry, a couple who has been married for years and are falling out of love.  Though at a wedding, they don’t find it an issue at all to air their differences in front of everyone.

I liked some of what was going on.  I can’t say that if you enjoy a character driven story that you shouldn’t watch this one but there is a lot wrong with Table 19.  It, at times, shows real promise.  The characters grow and you’re genuinely happy about that.  I was having fun watching these flakes get to know each other and also wanting to help one another through the vexing situation they realize they’re all in but at times I actually found myself looking around the theatre to make sure I knew the location of the emergency exit.  It was all over the place with what kind of movie it wanted to be.

I think had the writers focused on one genre, director Jeffrey Blitz (The Office and Parks and Recreation) would have had a much better script to work with.  Choosing drama over comedy then switching back and… my head is spinning!!  It got a little frustrating.  Sure there’s comedy in misery but it was anguishing watching how miserable some of these poor things are.  For Squibb, Robinson and Merchant, I’d say watch this when it hits cable.  It isn’t a terrible waste of your time.  But be sure you’re in the mood for a comedy, I mean, be sure you’re in the mood for a drama… well, you get the drift.  When you don’t know what you want to see, seat yourself at Table 19.  Sometimes that’s where you just find yourself being put but maybe you won’t mind being there.

Movie Screening Summary: Ex-maid of honor Eloise (Anna Kendrick) – having been relieved of her duties after being unceremoniously dumped by the best man via text – decides to hold her head up high and attend her oldest friend’s wedding anyway. She finds herself seated at the ‘random’ table in the back of the ballroom with a disparate group of strangers, most of whom should have known to just send regrets (but not before sending something nice off the registry). As everyone’s secrets are revealed, Eloise learns a thing or two from the denizens of Table 19. Friendships – and even a little romance – can happen under the most unlikely circumstances. 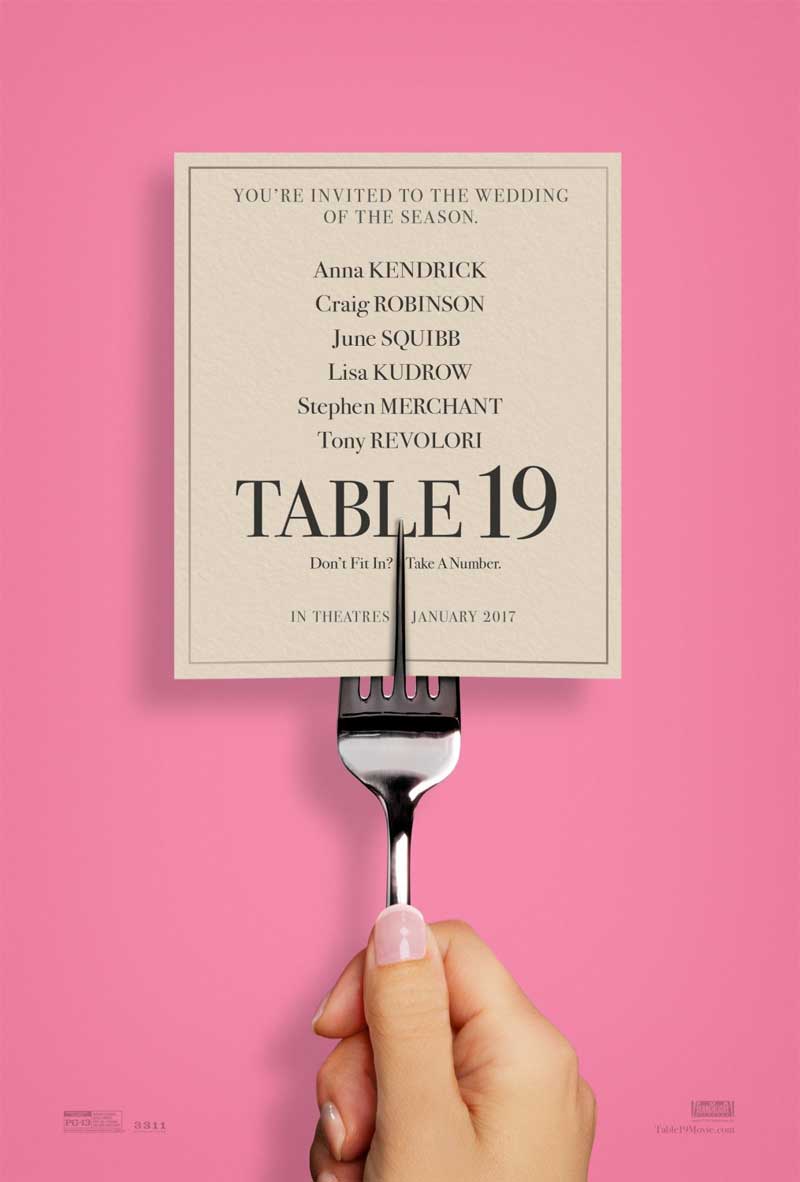