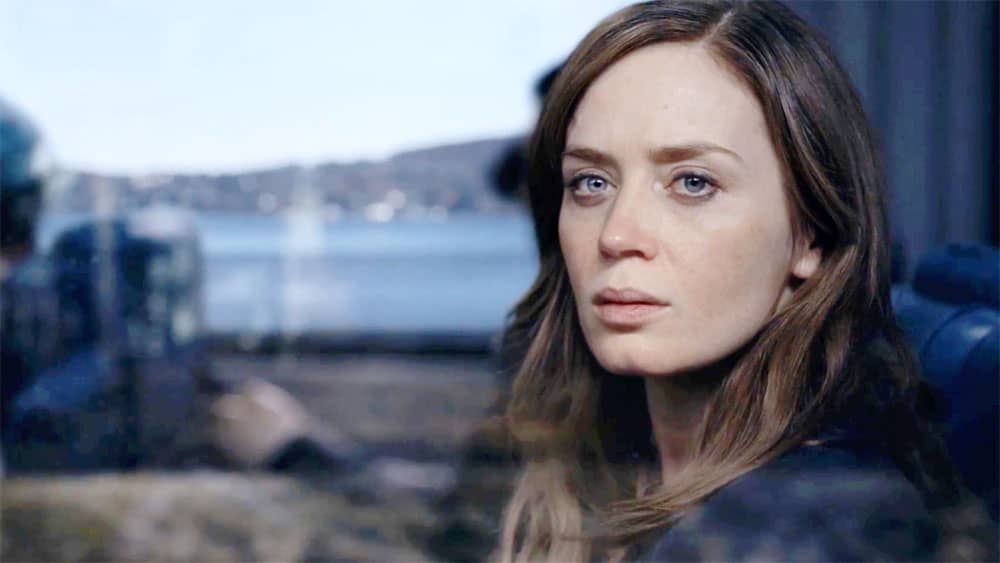 “The Girl on the Train” is based on Paula Hawkins’ bestselling novel of the same name and is adapted for the screen by Erin Cressida Wilson (Secretary) and directed by actor/director Tate Taylor who directed “The Help” and “Get on Up”.  There’s plenty of talent there alone to entice you to the theatre this weekend but I’ll give you a few more good reasons to catch this somewhat complicated whodunnit; Emily Blunt, who is simply brilliant in her role, Haley Bennett and Justin Theroux.  The story starts with introducing you to a girl on a train, Rachel (Blunt), more woman than girl in years but girl in behavior, as she tells you of the houses she passes each day and her curiosity as to what the lives are like within them.  She begins to more or less obsess over one particular couple in love, Megan (Bennett) and Scott (Evans), who reside in a house she wished she lived.  He is the sexy husband she desires to have and she is the beautiful young woman with whom she longed to be.  Soon, we learn that she had once lived two doors down in a lovely home that is still occupied by her ex-husband, Tom (Theroux), his wife, Anna (Ferguson), and their baby.  What led to her divorce may be what now leads her to occupy her mind with such things as what goes on in what she considers to be a more perfect life than hers; alcohol, her personal demon.  She drinks heavily, on the train and off, and is paranoid,often blacks out and sees things that may or may not be actually happening, because of her drinking problem.

The story has a purposely, sometimes agonizingly, slow reveal, using flashbacks to catch you up on what gets Rachel to this point in life.  It also uses this trick to show the direction her life now leads as well as solidly placed scenes to throw you off the scent as to where the chiller is taking you.  It’s leading up to a moment when she gets off the train, wanting to take action on a situation she sees happen and getting involved in something she shouldn’t be.  Her plight gets more and more involved and she gets deeper and deeper into something she now cannot escape.

Some of the dialogue can be trite and a bit stuffy at times but overall, the mystery she becomes entangled in is one of the best I’ve seen since the fantastic, “Gone Girl” from 2014. Not wanting to reveal much more about the story I will add that Blunt is most likely looking at a best actress nomination.  She plays her character with passion and despair and motivates you to go on this journey with her and you’re more than happy to hitch your wagon to it.  Wilson and Taylor have given three woman the opportunity to excel and they more than do.  Theroux, as well as the rest of the supporting cast, also stand out bringing this thriller to life for what will be one of your favorite complex stories of the year.