Following the events of Avengers: Endgame, Spider-Man must step up to take on new threats in a world that has changed forever.

with Marisa Tomei and Jake Gyllenhaal

*WARNING: There are spoilers for Avengers: Endgame in this trailer.* 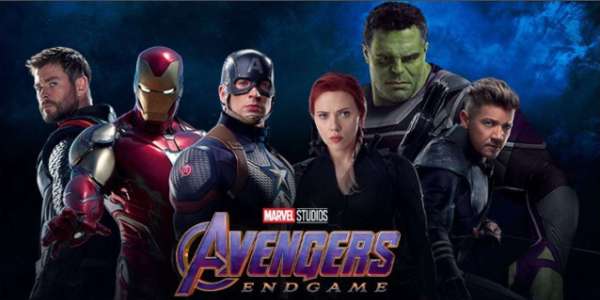 “Avengers: Endgame” is a Marvel super-sized movie about Superheroes in a fragile condition. It is a big Hulked-up (so to speak) massive piñata of Marvel goodies – all built up and then broken open – for all the Marvel fans. The ‘Marvel Extended Universe’ might have seemed at first to be a pompous overselling of a marketing gimmick. But with movie it has been proven to be a very real thing. This movie is a direct tie-in to prior Avengers (Infinity War) movie, and it picks up right at the end of the prior one. So, if you have never seen a Marvel franchise movie before, you might want to catch up on some other ones first. But “Endgame” shows that Marvel knows how get the best talent to create the best movies, based on the very popular Marvel characters. Diving into the thick of it (without revealing any SPOILER items), let us dig in… 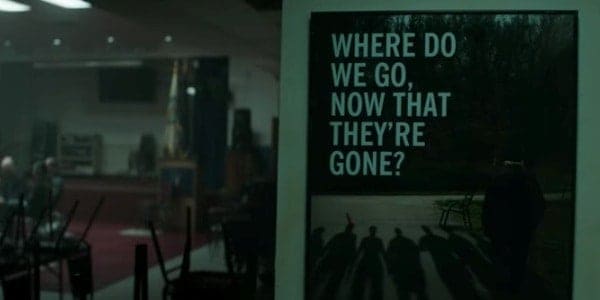 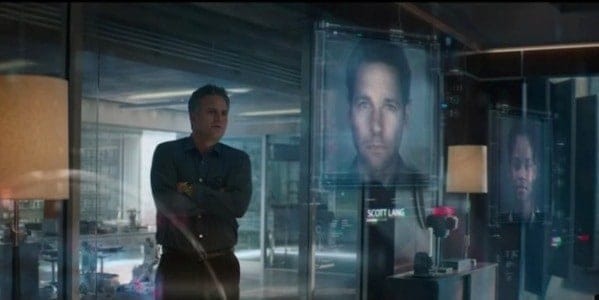 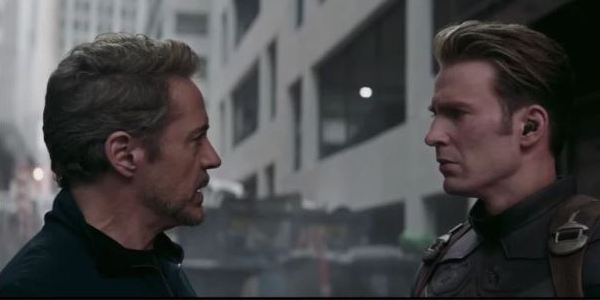 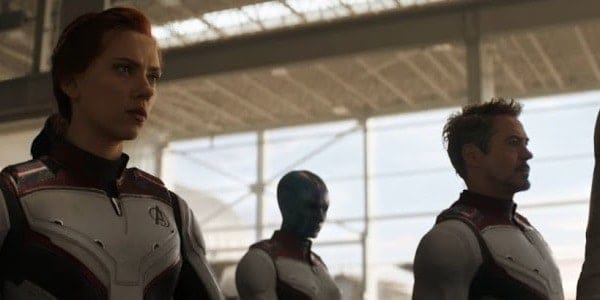 The effort failed, and Thanos gathered up six special ‘Infinity Stones’, put them into a metal gauntlet – then he snapped his fingers and half of the living universe disappeared. Many of the above-mentioned Superheroes turned to Superdust and floated away. Coming in late to the party was Captain Marvel (Brie Larson), who was first paired up recently dusted Nick Fury (Samuel L. Jackson). She first saves Iron Man and Nebula, and wants to stick around to help. Even if they can find Thanos and eliminate him, it will not bring back the old dusted friends. Five years later, and a surprise return for Ant Man triggers some thoughts on how to retrieve the Stones. Not the band, the original Infinity Stones, prior to being collected by Thanos.

Yeah, it has to do with Quantum Realm time travel jazz, but don’t think about it too hard. After all, Professor Hulk (a new Hulkier version of Bruce Banner) is on the job. Not joining in the fun is Iron Man. Tony Stark and wife Pepper Potts (Gwyneth Paltrow). Stark has a young child to think about now. Oh, and if you go back into Time — you might locate people are not around today, such as Stark’s father Howard (John Slattery) and Captain America’s true love Peggy Carter(Hayley Atwell).

Except that Tony Stark is a genius and cannot stop thinking about a way to harness the Quantum Realm and using it.. Using it to what end?  If they can travel into the past, to certain dates and places, they will know where the Stones are and they can steal them. Yes, it has become a Galactic Heist Movie. By the way, Black Widow has also rounded up Hawkeye (Jeremy Renner), who is handy with a bow and arrow. They split up into teams, and each is set to obtain the Stones before Thanos can get to them. What a wonderful plan. What Could Ever Go Wrong? If you think that this might be more difficult (and more painful) than urinating onto an electric fence, then give yourself a hand.

Many good people are caught up in the savage battle between Thanos and the little pack of Superheros that will do ‘whatever it takes’ to defeat him for good this time around. After all, there are many Marvel movies to be made in the future, and they will need many of these characters back! But honestly – Marvel did such a glorious job to tie up almost every loose thread that this movie zooms right by. You never feel that there is any real bloat in the runtime, and even when the movie slows down a minute or two – it is a scene that this emotional and poignant.

There are a few shocking events, and a bit of self-sacrifice that makes the point clear. This is a Team that will do ‘whatever it takes’. The writing is well thought-out and carefully planned, so every twist and turn becomes a focal point for the next action. Also, there are quite a few flat-out really funny lines. The overall effect is a very fitting ‘Endgame’ to the first Phase of the Marvel movies. A few of the original actors/characters are due to phase out (Iron Man, Captain America, and some others) while newer ones will phase in (Spiderman, Ant Man, Captain Marvel, Doctor Strange, etc.).


Bravo to the team at Marvel Studios. Another decade like this past ten years, and they will have Thanos-like powers.  Wait, Is that a good thing???