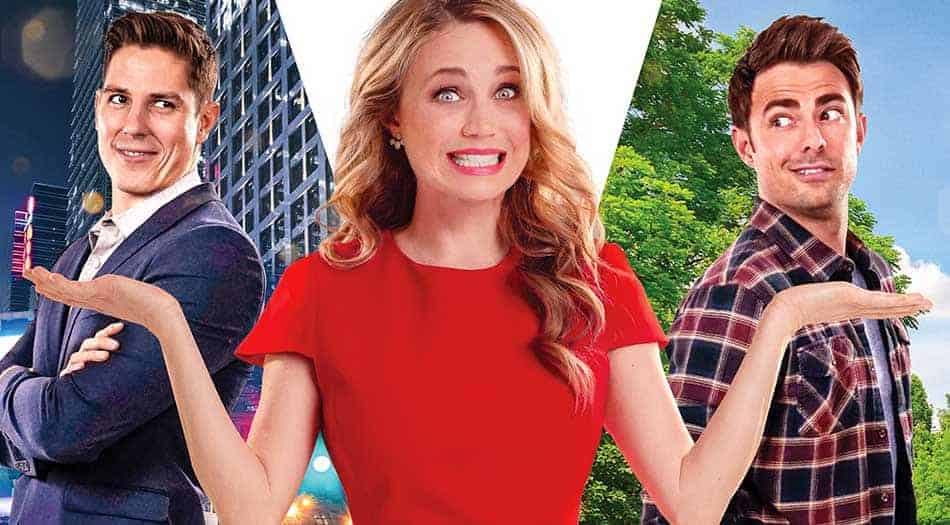 ‘Surprise Me!’ can be thought of as the very reason the term ‘Chick Flick’ was coined. It missed the boat on being the reason the nickname actually came to be but nuzzles comfortably in its neck. It has every ingredient ever used in a movie that uses the pain from the past and throws them on present relationships and in everyday life to explain our protagonist’s mindset. The title is ‘Surprise Me!’ because of its ending. There is no way you’ll see this coming. As I sat watching, I thought, this is going to have the typical ending. Was I wrong!

On our journey to this moment, we meet the owner of a successful party-planning business called Surprise Enterprise, Genie Burns (Gubelmann). We also meet her gay business partner, Steven (Banks), who holds everything together. Most importantly, Steven holds Genie together when things get too rough. You can tell this is something he has done quite often. Poor Steven has to listen to Genie’s love life and family issues every morning but seems to be ready to focus her attention on work regardless of how bad things are going in her life. His character is the comic relief of the production.

Genie has another good friend she relies on named Danny (Bennett). She, for some unknown reason, has overlooked Danny as a love interest and is letting him get away. This is something that not only puzzles everyone in her life but the audience, as well. Again, Steven is there for Genie should anything get so bad she can’t cope. Will she end up with Danny? That’s for you to find out.

In a classic ‘meet-cute,’ Genie runs into dreamy, too good to be true, Jeff (Faris). He pursues heavily and she tries to listen to that annoying gut instinct and stay away. Everything about his approach tells her he’s the wrong guy. She actually listens to her inner voice and plays coy. That said and as an audience often does, we see her eventually give in and go out with Jeff. After getting his hooks into her by being the perfect man, the emotional abuse begins, and he starts to pull away. Genie finds herself eating more than usual to deaden the pain. It becomes so bad that she hires a therapist named Ellen (Sullivan) to help her with her new habit of binging when she isn’t hungry. Sullivan was great in the character, but overall, she isn’t needed and some of her suggestions are, I’ll be blunt, annoying.

Genie needs to confront the past and not blame everyone for how she has turned out. Why she clings to a man who is rejecting her is something only she can answer and yelling at her mother won’t help her get to where she wants to go.

It’s a bit off-putting how Genie blames her mother for the hell she considers her life to have been at times. Just because someone handles grief differently than you do, doesn’t mean they don’t hurt. However, knowing that she has unresolved issues helps to understand who the character is. At the end of the film, you’re not quite sure Genie even knows who Genie is until an interesting little twist at the end that absolutely makes the film! Speaking of, it opens today at three Harkins locations in the valley!

‘Surprise Me!’ is a formulaic romantic comedy but the ending truly helps give it its own special tone.