“Only The Brave” deals with the tragic death of the 19 Hot Shot firefighters in Yarnell. They died as they were fighting a huge wildfire in 2013. But the end of the story only enforces the prior build-up of these brave men. They were ordinary people put into extraordinary situations, time and time again. The purpose of the Hot Shot crew was to be the ‘Seal Team 6’ of wildfire control. They went into dire and deadly circumstances with little more than 50-pound packs and knowledge of the terrain. The Hot Shot crew stood between a forest fire and the local community and towns that were in peril.

Eric Marsh (Josh Brolin) is known as “Supe”, as the Superintendant of the firefighting crew in Prescott. They had 20 members who were all young and ready to take on the worst that Mother Nature can give them. When a couple of openings pop up, one of them is filled by Brendan McDonough (Miles Teller). Brendan was a low spot in his life; with a recent drug habit and felony record, plus an unplanned child from a past girlfriend. He can barely make it through an initial run up a mountain, but he perseveres. Eric sees that Brendan can have the discipline to make it, while the other members of the crew scoff at him.

Eric’s wife Amanda (Jennifer Connelly) is very supportive, but she wants Eric to stay around more so they can plan a family. But it all changes when the local fire chief Duane Steinbrink (Jeff Bridges) tells Eric that the US government has approved his crew with an official Hot Shot status. Eric and his second-in-command Jesse Steed (James Badge Dale) look forward to being sent around the region to fight the biggest blazes. Brendan does everything he can to make things right with his old girlfriend and get to know their little girl. Chris MacKenzie (Taylor Kitsch) at first rejects Brendan, but he soon sees the attitude and spirit in him that keeps the team going. All the other team members also accept his hard work to better his life. 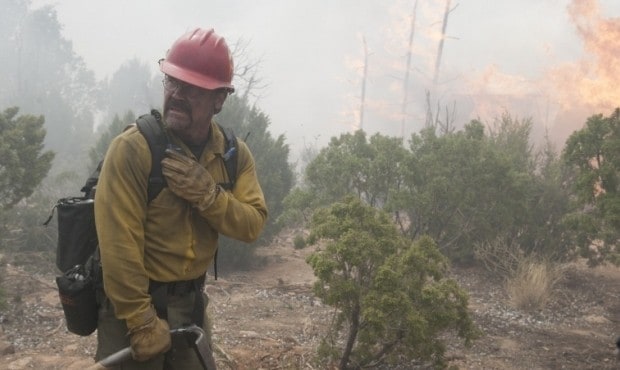 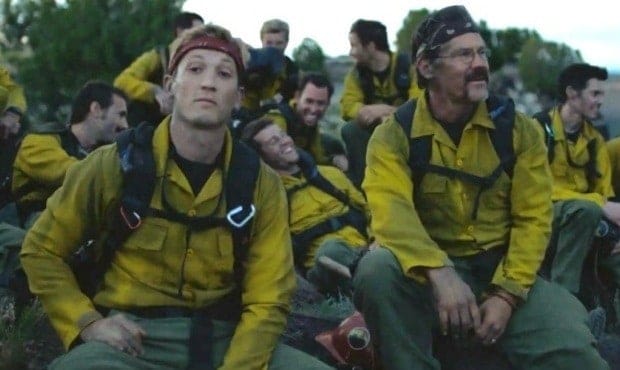 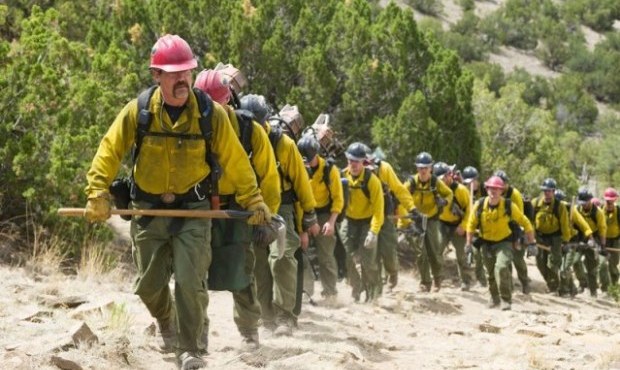 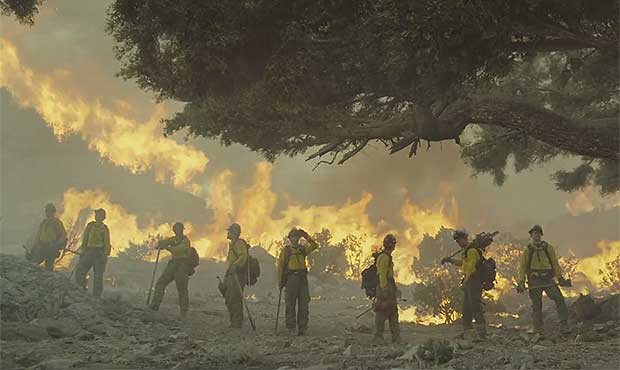 The Granite Mountain Hot Shot team is born, and the group gets called on for fighting fires all over the state of Arizona. They do amazing work, and every place they go, their reputation grows. Eric leads them in a tough but fair manner. He does not expect anything more from his team than he expects from himself. He has his own demons inside, from the past, living in a bottle. Brendan and his addiction problems hit Eric very close to home. Jesse, Chris and all the other crew accept Brendan as an equal. Many of them have wives and children of their own, so family is very important to them. Almost as important as making a dent in a raging wildfire…

They go on deeper into the fire season, and they finally get to June 2013. There is a new fire in the rocky hills near Yarnell. Brendan had a recent leg injury and has limited mobility. Eric Marsh sends him up to a ridge to be a lookout. Brendan is nearly overtaken by a fire roaring up the hill. Another Hot Shot crew finds him and takes him back to the base camp. Eric and the other 18 fire fighters lose contact with Brendan and with everyone else. They decide to hike/run back to the base camp. They are unaware of a major firestorm and winds that have pushed the fire right over the ridge. They are trapped on all sides by the raging blaze. They deploy the safety shelters that they carry, to hide them from the flames. But their luck has burned out…

“Only The Brave” does a spectacular job recreating the personalities and the environment that was the Granite Mountain Hot Shot team. The scenes of the forest on fire are totally realistic. The work and sweat of each crew member is shown in detail, along with ways in which they saved homes, property and lives. The story is true-to-life and makes for a compelling viewing, even when you know the sad outcome. The only issue is that with 20 different characters, it is very hard to know any but selected few. Also, the wives and family are important, but they take second-place to the few main characters.

Josh Brolin and Miles Teller are both excellent in their roles (Eric and Brendan). James Badge Dale and Taylor Kitsch are also very good (Jesse and Chris) but they are not quite as well-defined. Jennifer Connelly is very powerful as Amanda, Eric’s wife. All the other acting is great, with Jeff Bridges even getting a chance to sing and play guitar. The story of the Granite Mountain crew is examined in detail, and it shows the dedication of each member. The soundtrack (Joseph Trapanese) is very noble and moving, and suits the firm perfectly. Director Joseph Kosinski has taken a careful look at these very special people and has creating a very fitting tribute to their life and their life’s work.

This movie really has almost no downside, unless you are afraid of fire. It does go a tiny bit long, and it does limit the people who are the main characters. But each and every one of that crew would give anything for their fellow Hot Shot. On June 28, 2013 – the ‘Seal Team 6’ of Granite Mountain Hot Shots made their last stand.

A Red Carpet preview was held at Tempe Marketplace with many of the people involved with making this film. See the terrific pictures from that event, with many of the stars from this movie…

Photos from the “Only the Brave” Red Carpet event