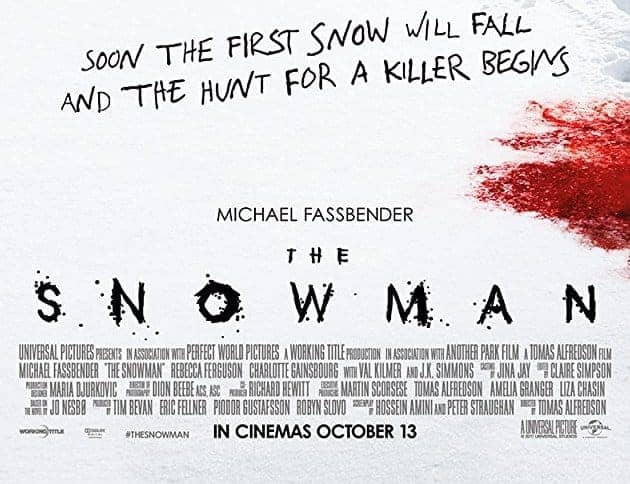 As Anna from ‘Frozen’ might say – “Do you want to build ‘The Snowman’?”… Well not exactly this ‘Snowman’. He is a mysterious serial killer from the novel by Jo Nesbø. In his novel there is a literary detective named Harry Hole, who is not a run-of-the-mill gumshoe on the Oslo, Norway police department. He is a force to be reckoned with, and when Norway’s first serial killer pops up and taunts Harry, he faces great odds to catch the perp. The popular character from a series of books now comes to the screen.

Oslo Detective Harry Hole (Michael Fassbender) is a brilliant police officer, whose grueling work is studied at the Police Academy. Yet his troubled life and relationships feed his aloofness and alcoholism. He has broken up with a long-term girlfriend named Rakel Fauske (Charlotte Gainsbourg). She and her young son Oleg (Michael Yates) and her new lover, a doctor named Mathias (Jonas Karlsson), still let Harry hang around now and then. Harry is close to being a father to Oleg, but they are not related. But now Harry’s got a new problem regarding missing people.

Several women have gone missing, and there is some speculation about a return of a serial killer from about nine years ago. Back then, a detective in Bergen, Norway named Gert Rafto (Val Kilmer) had found some dead women after they had gone missing. They had the same profile as the ones that Harry is researching. Rafto believed that he had found the killer, but soon after he told his partner Svenson (Toby Jones), Rafto was found dead. His death was ruled a shotgun suicide, but there were many things unanswered. Such as – who was Rafto’s suspect for the killings? 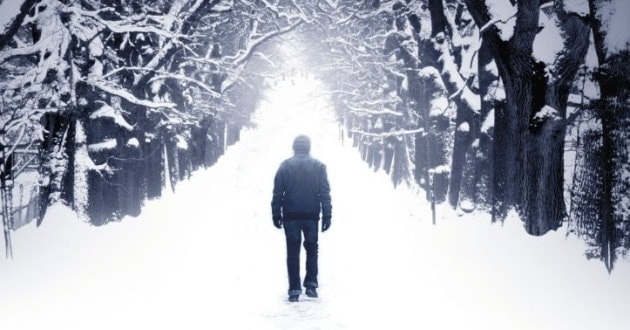 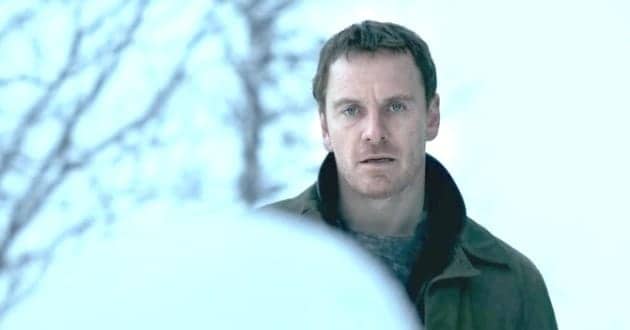 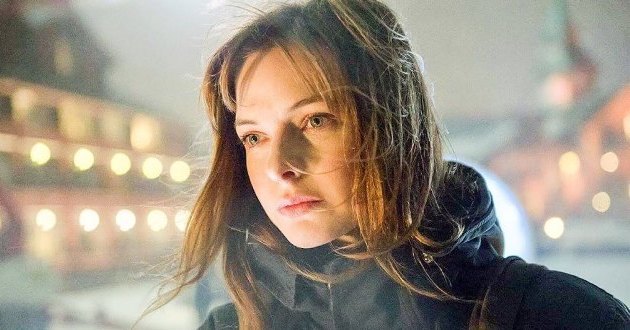 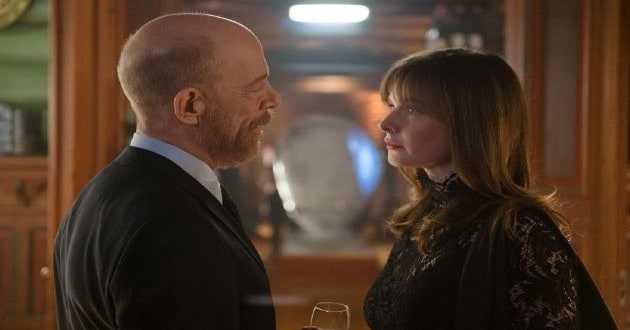 Harry Hole is partnered up with a new officer named Katrine Bratt (Rebecca Ferguson), fresh from the Academy. She is very interested in the missing women. She also has an unusual interest in local business tycoon Arve Støp (JK Simmons). Støp is leading the campaign to get the Winter Games set in Oslo Norway. He also has a keen eye for ladies of a particular age and look. He is assisted in his ‘lady search’ by Dr. Vetlesen (David Dencik), who runs a local clinic for women’s health. But soon, there is a discovery of bodies, or at least body parts. The serial killer has returned, and he is taunting Harry.

The missing women turn up dead, and they are found in pieces. There are letters being sent to Harry, with menacing notes that come from ‘The Snowman’. Whoever is killing the women is also stalking Harry. He and Katrine are finding no luck in locating the killer. But Katrine has a more personal reason to find him. It becomes clear later on that she has ulterior motives to study this murderer and she has personal reasons to do so. But there could be many suspects, like Støp, or Vetlesen. Until the good doctor is found dead of a ‘shotgun suicide’, similar to Gert Rafto. Very suspect, indeed…

Harry Hole is a flawed hero, with many character flaws and addictions. But will he continue to be mocked and taunted by ‘The Snowman’? Will he resolve the attraction he feels for his new partner Katrine, or find a way back to his past love Rakel? Can he find closure for the kidnappings and murders of the young women in Oslo, and find the truth behind the death of Rafto? Can the audience find a reason to stay involved with this overwhelming mess of a plot?

Jo Nesbø has a reputation for writing popular books about flawed people finding refuge in work. However, his novel has undergone a massive change, and it is not for the better. In this adaptation, almost all of the structure is gone; replaced by a hodge-podge of police procedures and unconnected sequences. Many characters are introduced, but with little context as how they relate to the entire story. There are numerous red herrings raised that make you think it might have some significance. But they fly away like the sea gulls that gather around a dead body up in the snow-covered hills.

Michael Fassbender does a heroic job attempting to portray the anti-hero character Harry Hole. Rebecca Ferguson and Charlotte Gainsbourg play Katrine and Rakel with a real purpose, and do fine work. The rest of the actors are also OK in their roles, but none of them stand out totally. The entire cast is set back on their heels because of the messy plot. The story must have gone through various rewrites and reshoots. However, One person does stand out. Val Kilmer makes a short appearance, and not in a good way. He no longer looks like ‘Iceman’ from “Top Gun”. The movie has many beautiful shots of snowy landscapes and falling snow.

Unfortunately, the story is about as chopped up as one of ‘The Snowman’ victims. The result makes it tough for all the actors, even one as talented as Michael Fassbender. The original story in the novel might have been much better defined, because this story melts quickly away, like the falling snow…