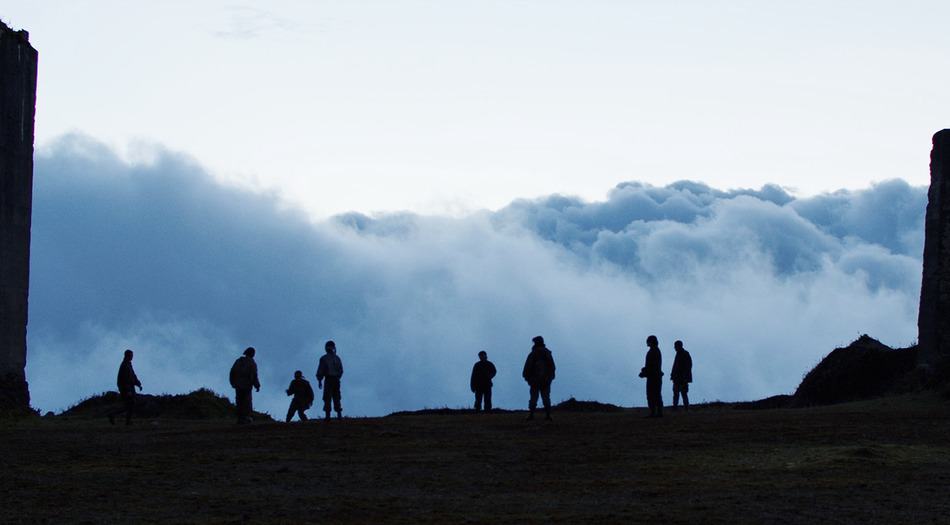 ‘Monos’ which premiered at the Sundance Film Festival this year, keeps its audience mesmerized by overwhelming them with emotion and so much more.

Director Alejandro Landes, who was also co-writer on the project, filled his movie with compassion, frustration, and the overpowering sense of dread. Made by a director who had only one other feature film under his belt, it surprised me how gripping it was. Landes will soon be alongside the best. He understands structure so well and uses what he knows of the world to build an utterly believable situation. Alienated and confused, he drops his characters, and you, into the center of a bleak, almost powerless environment and leaves you there to fend for yourself. Good luck getting out.

We start with learning that in Latin America, there is training going on of teenage soldiers who carry out the war being waged between the government and the Organization. The teens are isolated from the main body of group. They’re checked in on now and again by boot camp leader, Wilson Salazar who played his role with the brutal grit it needed. He also gives it a little fatherly touch. He was most likely raised in war, as well, and understands that his charges may not have ever felt love. He can give them a little kindness but can’t let them forget who’s ultimate boss lest they use that kindness against him. Never trust anyone.

The teenagers, Wolf, Lady, Bigfoot, Rambo, Smurf, Swede, Bum Bum and Perro, are used as grunts to do the projects no one else wants to do. They’re mostly left unattended; their job is to be prepared when called upon and to act only when needed. They take this job very seriously when they remember it.

When the film starts, they have two guests they’re tending to. One is Shakira, the cow, which lends to some exciting developments. The other ward in their jungle camp is a captured American engineer called Doctora, played by Julianne Nicholson. Doctora is a puzzle to the youth. They’re fascinated by her, one making the mistake of getting much too close more than once. As I have mentioned, when alone, these kids do as children do. They get a little wild and have a lot of fun. Unfortunately, they completely lose sight of their mission. As you watch, you wonder, with life and death on the line, why leave them alone at all and with such important tasks?

I highly recommend ‘Monos.’ The writing is extremely well done. You’ll feel for everyone. Through it all, right or wrong, that never stops… through good or bad. Do not miss this movie! See it in some fashion before the Academy Awards where I think it’ll get much-deserved attention. Catch it on the big screen this weekend if you can because the cinematography and the locations used are breathtaking and should be seen theatrically as intended. You’ll also greatly appreciate the beautiful score that sets the tone thoroughly. Of the film, Guillermo Del Toro says ‘Monos’ is, ‘Mesmerizing. Alejandro Landes is a powerful new voice in cinema.’ He and I are generally in concert with one another and with this, I couldn’t agree more with his insights. I believe you will, too.