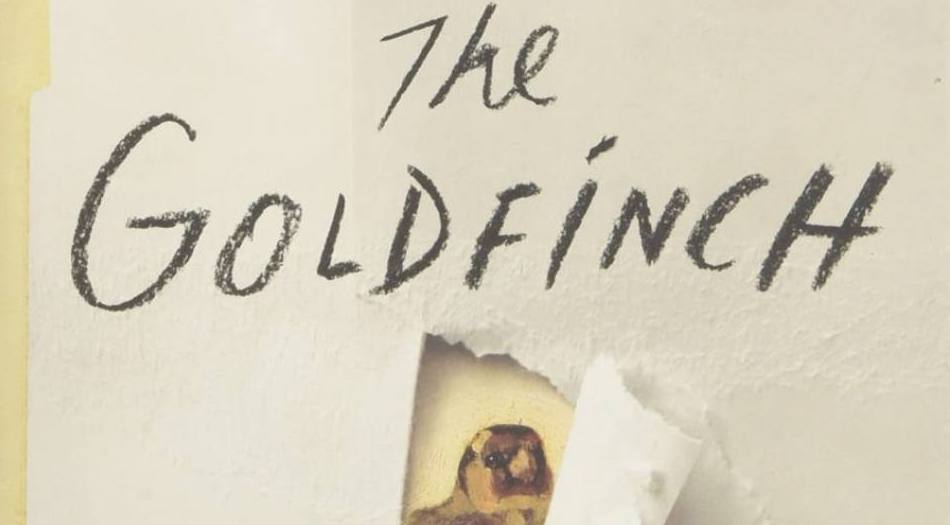 “The Goldfinch” is adapted from a popular novel. The visual ideas that are pulled from the pages are not the same as the mental images that a person would get from reading the book. The movie is lush with visual flair and rich with literary and artistic meaning. But the emotional connections that it desperately wants to forge are never made clear. The story follows the life of young boy as he loses his mother in a tragic event, and then grows up with a deep dark secret, and makes very few close connections to anybody.

Theo Decker (first played by Oakes Fegley, then later by Ansel Elgort) is only thirteen when he attends the Metropolitan Museum in New York. But that fateful day, a bomb explodes and killing many people. Theo loses his loving mother, and he happens to pick up something in the rubble. He makes his way out and he is placed with a foster family on the Upper Crust side of the City. Theo lives with the family, led by the sweet but distant mother Samantha Barbour (Nicole Kidman). Theo finds some small comforts there. He also makes friends with Hobie (Jeffrey Wright), who runs an antique shop in the city. That fateful day, Theo met Hobie’s business partner – who was dying in the ruble of the explosion. The old man commanded Theo to ‘pick it up and take care of it’. Theo is keeping a priceless painting called ‘The Goldfinch’.

Theo is yanked out of the rich New York area by his deadbeat dad – Larry Decker (Luke Wilson). Larry and his girlfriend Xandra (Sarah Paulson) take Theo far off to Nevada, in a desolate half-built suburb. Theo meets the only other kid about the same age in the area. Boris (first played by Finn Wolfhard, and then later played by Aneurin Barnard) is a close friend, but he gets Theo into a life-long drug habit. Larry attempts to scam too many people, and when the piper comes to call – Larry bugs out and is killed. So now Theo has lost both parents, and he cannot stay where he is any longer. He grabs his stuff, including the painting all wrapped up, and flees. Boris wants to go too – but he stays there trapped with an abusive father.

Theo gets back to New York, and he gets shelter with Hobie, who is his only true friend. Theo grows up and becomes the business partner that Hobie really needs. Theo also remembers meeting a girl named Pippa (Ashleigh Cummings), who was at the Museum that fateful day. She was with her uncle, Hobie’s old partner. But Pippa has moved away to London and when she returns, so does Theo’s unrequited love. Theo has a relationship with the daughter of his old guardian – Samantha Barbour. But his new fiancée is still love with another, and she will never love Theo. Theo has a meeting with a man who claims he knows the hidden secret that Theo has kept for all these years. He knows about the ‘The Goldfinch’, which was assumed to be destroyed all those years ago.

But Theo then happens to meet up with the grown Boris, his old neighbor hood chum from Nevada. Boris has been become rich and powerful, and perhaps is on the wrong side of the law. He reveals that the secret that only Theo knows about – well – Boris knows it too. In fact, things are not exactly as they seem, and events begin to churn out of control very quickly. Boris drags Theo to Amsterdam for a top secret, and very illegal meeting. There are things going on that Theo has no business knowing about or participating in. Theo had taken the picture from the Museum such a long time ago, and for a very good reason. Now – there is nothing making sense and Theo’s life may be on the line.

This movie is an overly long experience of style over substance. Not that the performances are flawed in any way. All the actors are very good, and they fit correctly in each role. It is a movie with many well-framed scenes and striking landscapes. The story is mildly interesting but the people in the story are too emotionally cold and self-loathing. It is difficult to make an attachment to the main character Theo.

Most all the other characters are not as interesting. The tragedy that happens to Theo at an early age shapes all the things that he does. But is does not explain the sometimes odd actions from most of the other characters. There are time jumps that go forward and backward. These do little to clarify what is happening right now. There are plenty of weird circumstances and lucky breaks that are present only to advance the plot.

But the people who have read the novel (and I admit that I am not one of them) are probably going to imagine all the scenes and the characters actions based off what they have read. What they see on the screen might enhance the ideas that they had in their head. But mostly, the book can have so much more detail and go into depth. There are some unspoken themes of grief and regret and loss, and these do not always translate that well to the big screen. In this case, the translation fell a little too flat.

“The Goldfinch” is pretty and elegantly built, just like its namesake – but this version never gets off the ground.