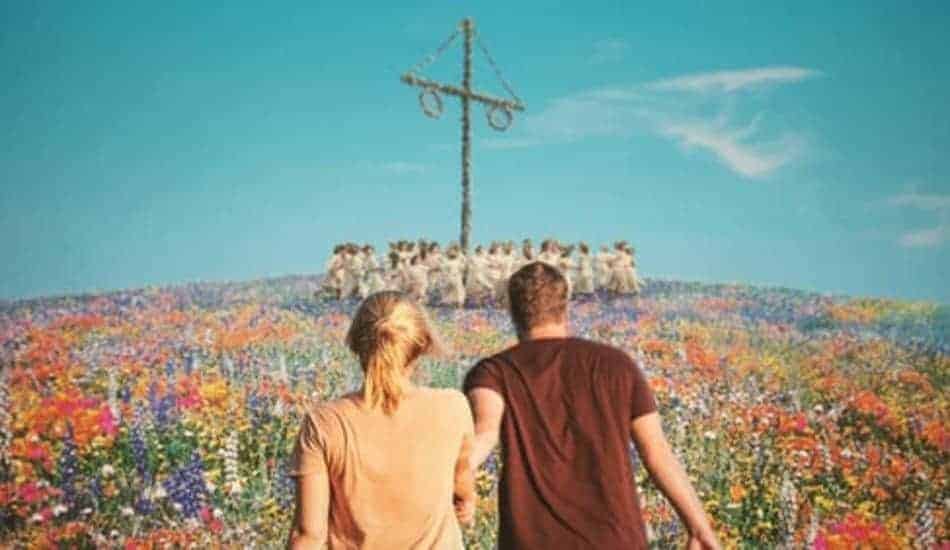 Another A24 must-see is ‘Midsommar.’ The film was intense, bizarre and uniquely disturbing. An easier way to say it is that the movie was off the charts freaky and stays with you for long after you’ve seen it. The story follows a group of young anthropology students to Sweden on break from school headed straight for, quite frankly, their night or rather, their daymares. That comment will make more sense to you after you’ve seen the film.

We first meet Dani (Pugh) and boyfriend Christian (Reynor) who are having some trouble with their relationship. He thinks she’s too clingy. She feels she is, as well. A trip is planned by Christian and his friends. Unbeknownst to Dani, Christian was going to go without her. That plan goes awry after she loses her entire family in a horrible and freak incident. Christian can’t very well abandon her, so she’s now headed to Sweden with them. Christian’s friends, Josh (Harper), Pelle (Blomgren) and Mark (Poulter), aren’t interested in her coming along as to what was initially to be a boy’s trip, but the tragedy forces their hand. She’s going.

The students end up spending their time at a summer festival in a commune that pal Pelle grew up in. Immediately after they reach the hippie settlement, the tension begins to build. Once it starts, it never truly stops. The characters are introduced to and witness things they’ve never experienced before. As you watch, you’re puzzled as to why they’ve completely written off the dangers and the inequities they see as merely the collective’s culture rather than as something to fear. One reason could be that the community is swimming with young beauties so they’re not exactly thinking clearly. Mark and Josh hope the girls will find them appealing enough to get to know them more intimately. As Josh sees more and more activity, he begins to look at the eccentric colony as the perfect subject for his thesis. He takes pictures and starts documenting everything he observes. Unusual customs, including those involving being led to the great beyond, become more frequent. They’re also shown additional rituals that involve sex. All are impressive for a paper or a possible romp, but not so great for you if the subjects you’re writing about don’t wish to be exposed. There could be a reason no one has heard of them before.

What’s fascinating is that ‘Midsommar’ largely takes place in the daytime. It’s a frightening thing to think that even in the daylight we can’t keep evil from becoming a strong presence in and ruining our lives or literally taking it. This is what writer-director Ari Aster, who disturbed us all with ‘Hereditary,’ was going for and it worked. If we’re no longer safe in the daylight, when can we be? He also doesn’t rely on cheap stunts and the use of jump scares to get you chilled to the bone. That’s done with a great story, lighting, and music. The score will haunt you.

I’ll admit that it does lag some after initially meeting everyone but that technique is important to build up your anxiety. Watching the film unfold was not unlike reading a book. The audience I saw this with was completely quiet and still as they concentrated on what was going to happen to these characters. I can’t give much away here but would like to say if the unconventional is your cup of tea, then this is one to see.

After viewing ‘Midsommar’ and ‘Hereditary’ you definitely know what to expect from an Ari Aster flick. One of those expectations will be that he isn’t afraid to spin a yarn that he then shoots without using big names. He only counts on his peculiar take on the world to get people into the theater to watch the psychologically spooky thrilling tales he’s telling. To be honest, that’s all he needs.