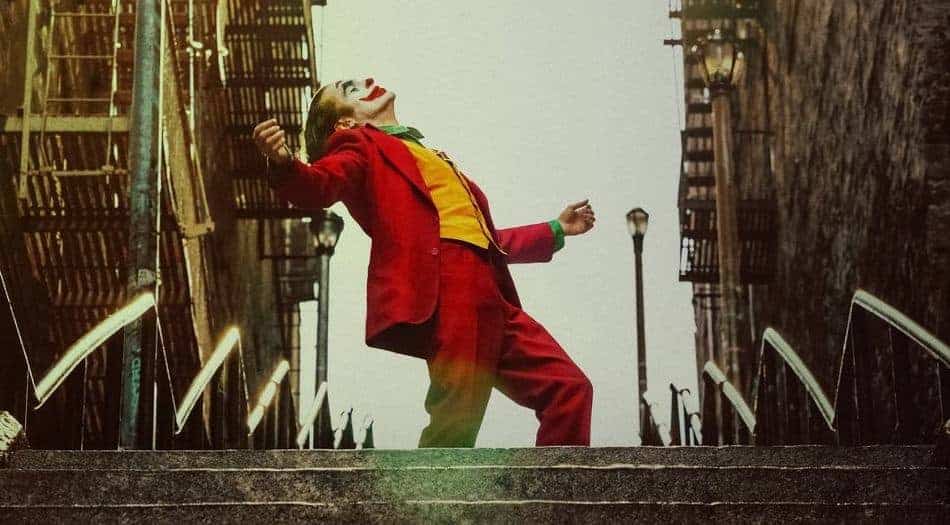 One thing I feel I can safely predict about this movie is that there will be no better achievement in acting this year. I thoroughly enjoyed other performances this year, but due to his efforts here, three-time Oscar nominee, Joaquin Phoenix, will no longer be referred to as only a nominee. ​

But please don’t go in looking to compare Phoenix to Heath Ledger. They were equally as brilliant in stories that are very different. They can reside alongside one another, both existing separately in the same universe.

Phoenix has aptly won many other awards, but this time I’d be willing to be he’ll be taking home Oscar gold. His portrayal of Arthur Fleck, who later refers to himself as Joker, is exceptional.

This story is an excellent set up for why Arthur eventually becomes the anti-hero known as Joker. He’s a barbaric, almost demonic villain that Arthur not only fully accepts, but who’s his only friend. He’s the only person whom Arthur cannot survive without, and Phoenix’s performance of him is simply put, marvelously, maniacally magnificent.

As this part of the story unfolds, the film almost enters into the horror genre. It’s very dark and disturbing at times. The music is performed by Hildur Guðnadóttir, (‘Sicario: Day of the Soldado’) and is so exquisite it attacks your perception. It guides your mood through the entire adventure; whether you want it to or not. It’s easy to see that this could be another Oscar for the film.

Here, director Todd Phillips has created for you, with co-writer, Oscar-nominated, Scott Silver, who also wrote ‘The Fighter,’ a weird place to be. It certainly helps that they have a director of photography, Lawrence Sher, pulling you into Arthur’s dark mind. Due to these talented men, not a moment goes by that you’re not fully absorbed in this world.

Gotham is a dismal place where people can find no joy. There are few jobs to go around, hate is the order of the day, and there’s very little to eat. You know Arthur isn’t eating by the fact that his head looks as if it’s on the body of a little boy. He is so thin, but this lends to creating the creepy persona Phoenix made of Arthur, someone that’s been pushed around so much that he finally cracked. Though he puts on a happy face as a clown-for-hire, he writes in his journal that he hopes his death makes more ‘cents’ than his life.

Arthur dreams of being a stand-up comedian and one day being interviewed by Murray Franklin (DeNiro), someday. Franklin hosts Gotham’s answer to The Tonight Show, and Arthur watches him every night. He’s so terribly lonely, except for talking with and taking care of his mother (Frances Conroy), Arthur wants a girlfriend and wants friends. However, every one of his desires ends up being what hurts him most. It doesn’t help that he has a ‘condition’ that makes him laugh uncontrollably when he’s most nervous. His loud, off-putting laughter tends to repel people rather than captivate them.

A bit tedious and slow up until this part, a terrifying and intense scene on the subway is where the movie picks up speed. I won’t tell you what happens, but it’s at this point where Arthur disappears, and the Joker emerges. It’s orchestrated beautifully to signify the change within him. The world is a cruel place for poor Arthur, where every step forward seems to be two giant steps back. Once his medicine and therapy sessions are stopped, it snowballs from there.

A new ‘Kill the Rich’ movement is started, and a central figure in the Batman comics shows up. Arthur discovers that when using the clown makeup for his own purposes, some newly found courage appears. With this courage comes a chance to get a spot-on Murray Franklin’s show finally. This scene is jaw-dropping, but I’ll say no more. Can Arthur break free of the entity that now grips him, or will he willingly let it lead him to be something other than he had planned to be? In one of the most memorable moments from the film, Arthur suggests that he thought his life was a tragedy but realizes now that it’s a comedy. Based on this, I’ll let you be the judge.