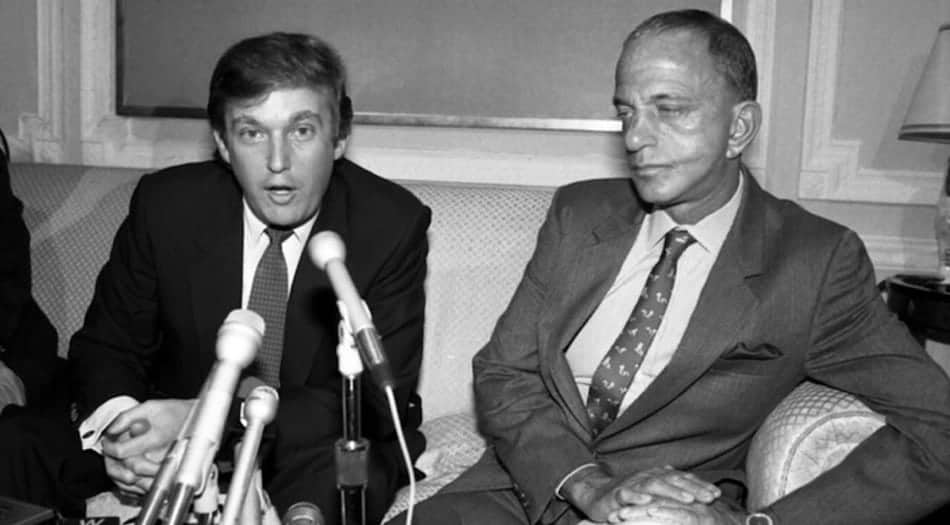 ‘Where’s My Roy Cohn’ has a lot to say about who Cohn was and who he, very unfortunately, shaped.

Cohn was one of the most persuasive people that Donald Trump ever came across, for example. His influence over Trump and this country can still be felt today, which makes this documentary a significant film to see. Through it, you’ll hear from his family members about how he destroyed their legacy and from people like Liz Smith, David Cay Johnston, and many others about how heartless he could be.

He had an incredible memory, which helped him become a ‘legal magician’, and he made a name for himself for embracing the American flag. He liked using it to its full advantage to sway people.

His public persona was very different from who the man was behind the scenes, and this documentary has no trouble saying so or pointing out his corruption.

It starts by letting the audience know that he has always been referred to as evil. Cohn was best known for doing anything it took to get his client a win, no matter the crime and no matter the consequences. He achieved this goal rather easily by ignoring ethics and working around the rules.

Rule by fear was a motto. In 1951, at age twenty-three and despite having zero evidence, he won a case that led to the deaths of Julius and Ethel Rosenberg. He later admitted to things that will disgust you upon learning of them. Cohn is the prime example of a ‘self-hating Jew’ who did everything he could to distance himself from them. The Rosenberg trial was his shift in achieving that goal. It just so happens that it made his career, as well.

He became an even bigger name for being chief counsel to Senator Joseph McCarthy. He was instrumental to McCarthy’s success as they, quite literally, hunted people they deemed to be Communists. They also hounded and arrested gay Americans, leaving many afraid for their very lives if they were outed. They coldly pursued this, with aggression, in an effort to cover up the fact that they were gay themselves. The movie dives into an individual named G. David Schine, who was, most likely, Cohn’s first love. His attack of the Army on behalf of Schine is what got Cohn his job with McCarthy. His work there is what led him to resign a bit tarnished. That said, through it all, his ‘never give up, never apologize, always be on offense’ name was already out there. That’s all he needed. The kind of people that came around after that was the New York crime family types, politicians for hire and corrupt cops on the take. The Gambino family got him to represent Gotti.

I won’t go far into what eventually became of him. There’s way too much to unpack in one little review. I’ll give you that this man, with little to no conscience and no shame and who had always used the system to get everything he had ever wanted, ended his life with very few friends. See this film. Your getting to know him as a result of watching his actions through this particular lens, it’ll come as no surprise to you that Cohn remained a hypocrite until the day he died. He never offered the truth about whether he was gay or not. With his closest friends or enemies, it didn’t matter if Cohn announced it or not. Everyone knew that he was. They also knew he was a monster. It’s horrible to say, but if you weren’t aware of or you needed a reminder, Matt Tyrnauer’s documentary is instrumental in informing you that it only takes one person to hurt many.

Through the use of clips, interviews, and a clear understanding of who his subject is, Tymauer has made an easy to follow documentary that’s well put together and will be applauded.

He shared with us that Cohn, at the end of his life, was worried he’d only be remembered for his work with McCarthy. To a large degree, this is true… up until now. Through this film, and the music accompanying it, we’ll see he was even worse than we initially thought. The distribution of the information isn’t linear, but all of the guests and what they have to say will have you fascinated. Not only fascinated but terrified. Terrified to learn how corrupt things indeed are. By the way, Donald Trump would not be interviewed for this film.