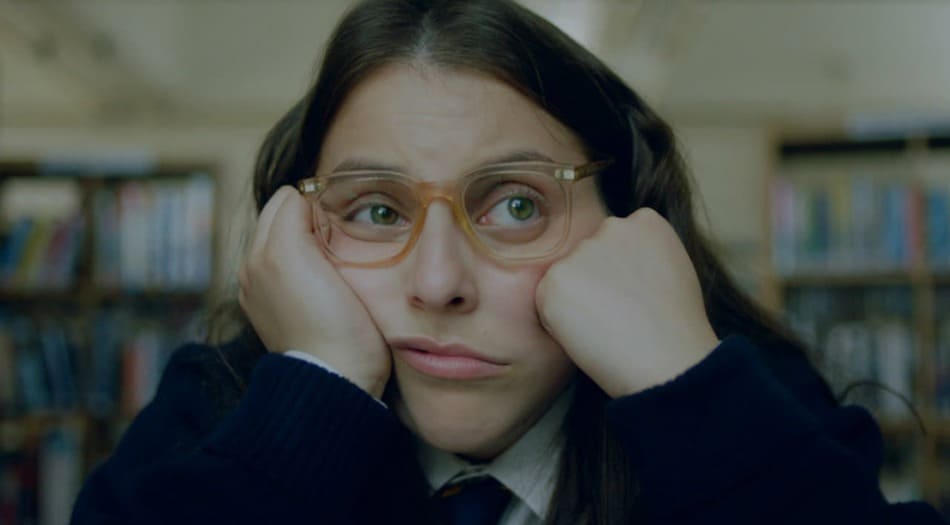 Johana Morrigan, Beanie Feldstein from ‘Booksmart’ and ‘Lady Bird,’ is a distinctive and intelligent 16-year-old character (keep her age in mind) created by the British author and columnist Caitlin Moran. Her successful semi-autobiographical book, ‘How to Build a Girl,’ is now on screen for all to see.

The script received the author’s seal of approval because she wrote it, which meant the movie didn’t stray too far from the original content unless she deemed it necessary. This is not only good for the author but good for the audience as I think watching Johana Morrigan blossom into the exceptionally uncommon persona she gives herself, Dolly Wilde, is worth every moment of the one hour and forty-two minutes you have to give her.

One thing that’s clear from the start is that from all the studying Johana has done, of the work of the people she looks up to most, such as Julie Andrews, Elizabeth Taylor, Sylvia Plath, Sigmund Freud, and Karl Marx (to name a few), she knows what talent is, and she knows art. She has the soul of a master artisan and the knowledge of an eighty-year. Though she can write like she’s lived a full and exciting life, she hasn’t the experience to back it up. The poor girl hasn’t even been out of her small-town of Wolverhampton, England.

Treated poorly at school, she wants away from the system that holds her down. She has her ‘Wall of Gods,’ (poets, actors, and philosophers, that magically come to life to council her in her time of need), who she craves to no longer find necessary. Johana’s learned a great deal from them, but one thing they, nor anyone else, can prepare her for, are the peaks and valleys that come from becoming a member of society outside of school.

Johana stares out the window and dreams of making a name for herself, one way or another. When a rock & roll magazine named D&ME needs a new writer, her brother Krissi (Kynaston) talks her into submitting her name for an interview. She not only gets an interview, but the all-male office is so taken aback by her energy and enthusiasm that they start giving her jobs right away. Sure, they’re mostly the gigs no one wants, but she’s a working writer now, and she’s helping pay the family bills. I did tell you she was sixteen, right? I mention her age again because she gets to know the struggles of being thrown into a position of authority way before she’s ready to handle the responsibility.

Your part in all of this is getting the joy of observing her growth through the acting talents of Beanie Feldstein, who even changes her look to match her new personality. When she creates Dolly, by sheer need to deal with what’s thrown at her (and to be the opposite of who Johana really is), she becomes untouchable. Johana is a lovely person who’d do anything for anyone. Dolly is out for number one and will step on anyone who gets in her way. She begins to make a name for herself by tearing into current and old rock & roll artists. She does this to make people believe she is free of vulnerabilities, but when her harsh words eventually get to someone she cares about, things start to fall apart.

The film is quite involved and a bit overwhelming to believe ever happening, but ‘How to Build a Girl’ is one to watch for the concept, the acting, and the music. Sometimes it’s just beautiful to believe it’s possible to get everything we want and to get it all as young as she does. Therein lies the satisfying fantasy created so well by director Coky Giedroyc who clearly understands that sometimes we all just need a break from the real world. Well done.

How to Build a Girl