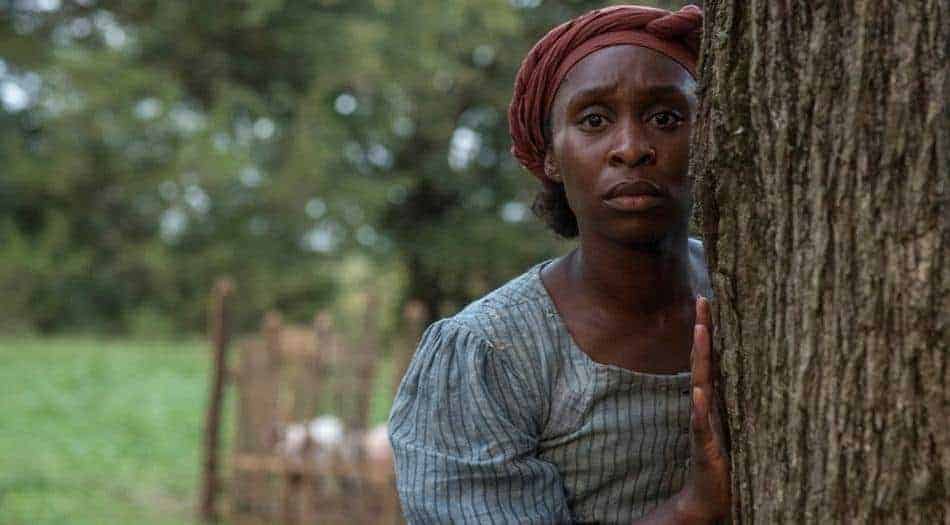 If you’ve been wondering where the Harriet Tubman wielding money and movie is, wonder no longer. Well, at least about the biopic because here it is, and it has a lot of heart. Harriet Tubman is beyond deserving of recognition.
‘Harriet’ chronicles the remarkable tale of her escape from slavery and shift into one of America’s most significant, yet rarely mentioned, heroes. Harriet’s perseverance, when things were the most difficult, showed a strength and courage that, at the time, very few possessed. Her gut instinct and resourcefulness were used to help free hundreds of slaves and change the course of American history. It’s my opinion, especially after watching this film, that the least we could do for her is imprint her face on the twenty.

Anyway, the story is well-developed and should be seen by anyone studying the Civil War era and this exceptional woman. Tony-winning, and in my humble opinion, soon to be Academy Award-winning, British actress Cynthia Erivo plays Harriet, or ‘Minty’ as she’s known as, on the plantation where we first meet her.

Harriet has never known freedom and is constantly reminded that a slave is no better than a pig. She’s told every day that she’s necessary, but in the grand scheme of things, she doesn’t matter beyond her worth, which is what her owner can fetch for her at the market. She can also be easily replaced by the next slave born.

When she severely upsets the order of things, Harriet discovers that she’s about to be sold into even worse conditions than she has it now. She doesn’t want to but must leave her husband and the rest of her family behind and escape. So, on foot, Harriet goes on a hundred-mile journey to freedom in Pennsylvania. There, she runs into the Underground Railroad, who isn’t aware of it yet but needs her almost more than she needs them.

She becomes an influential figure in the movement, starting with retrieving people from the plantation where she had grown up. She does so well that she earns the moniker of, ‘Moses.’ It’s lovely to see Harriet discover what it’s like to live free, something I wish they had spent more time doing. The characters she meets along the way were all played to perfection by a first-rate cast of actors who make you believe the world you’re seeing. The score also helps build the power of the story, especially the use of one song. That was the delicate touch by director Kasi Lemmons to use the Nina Simone song ‘Sinnerman’ during a montage of Harriet going back and forth, freeing as many slaves as she’s able.

Harriet was a profoundly spiritual woman, so the movie dives into her battle between good and evil and her beliefs in God. It also maintains that she had obtained a particular skill, the ability to see things before they happened. Whether true or not, this helped on her treks to and from the racist south. We also meet a minister who means a lot to her, Reverend Green (Vondie Curtis-Hall), who originally charted the passage she takes. People of all skin tones, including white, end up becoming relevant to her and her cause. Gideon (Joe Alwyn), the son of her former master, has given her the most grief and has her questioning the loyalties of people with the lighter hues but doesn’t stop the love in her heart. She and Gideon grew up together, and the film touches upon the suggestion that they may have been closer than just a slave owner’s son and a slave.

The film does a splendid job of showing you what a wonderful woman she turned out to be, pulling heartstrings a few times along the way. That said, I believe a television miniseries might have been a better way to traverse the expanse that was the life of Harriet Tubman. I hope this will start a wave of films to come because I appreciate the narrative, but in no way can it tell the complete story of such a beloved, critical figure in the history of the United States of America.