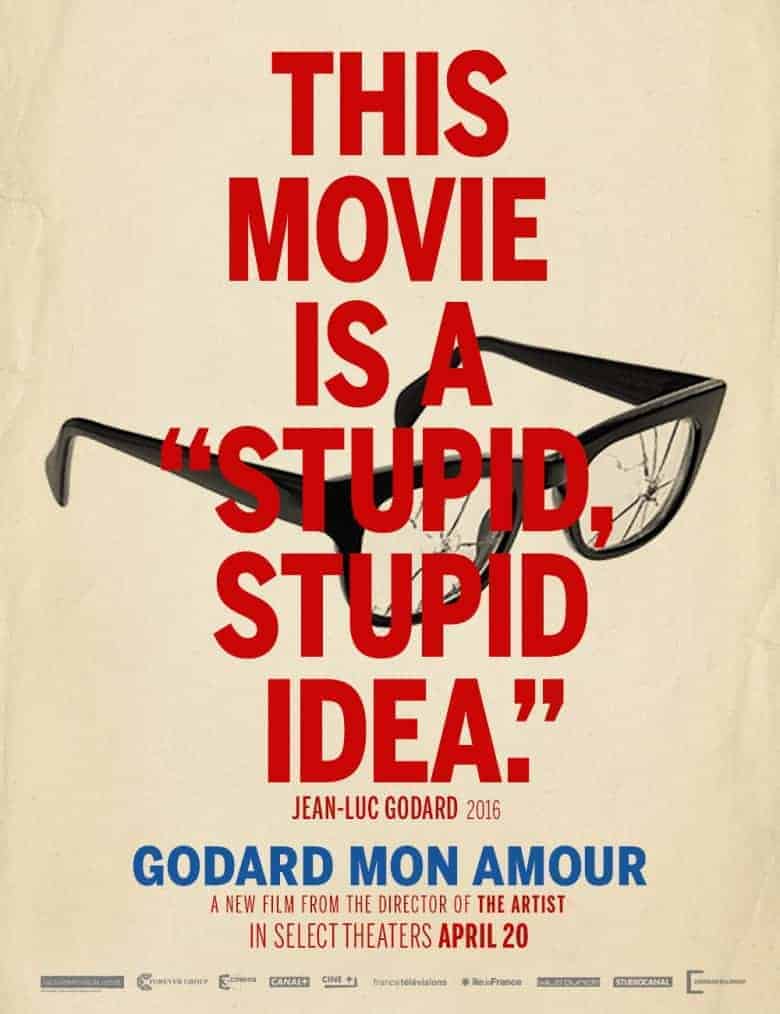 The filmmaker Jean-Luc Godard, who this movie is about, has said of this Michel Hazanavicius film that it’s ‘A stupid, stupid idea.’ This quote is then put on the poster and why not? Hazanavicius knew right there that he got it right. You can’t get a bigger endorsement, in my opinion. Michel Hazanavicius, director of ‘The Artist,’ which won five Academy Awards, including Best Picture and Best Director, now gives us the fairly humorous ‘Godard Mon Amour,’ a subtitled French film originally titled ‘Le Redoutable.’ In ‘The Artist,’ he showed us the world of silent films by introducing us to one of its actors and focusing heavily on that star’s world. In ‘Godard Mon Amour,’ we meet a truly innovative filmmaker from the 1960’s named Jean-Luc Godard (Garrel) when he’s in a state of flux. Already a successful director in the eyes of the public and of the critics with films such as, ‘Breathless,’ ‘Contempt’ and ‘Pierrot le Fou’ he decides he wants to be a revolutionary. He wants more out of life and desires to give more to the world through cinema.

We meet him in 1967 when Godard was regarded as one of the most gifted directors of his generation. He was very avant-garde because about ten years previously, he got involved in the ‘Nouvelle Vague,’ a group of French movie directors who came together to shrink away from the cinema of the day that was being created, to give films a more expressive voice. 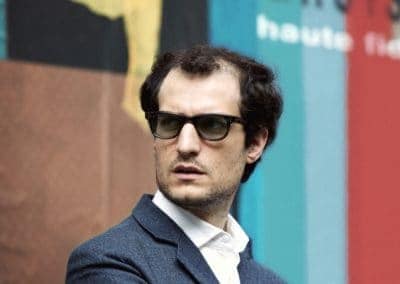 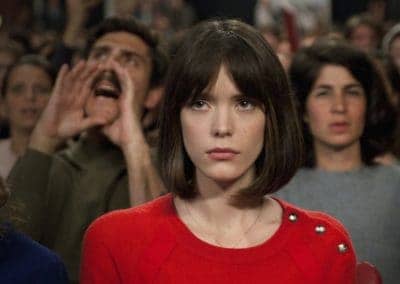 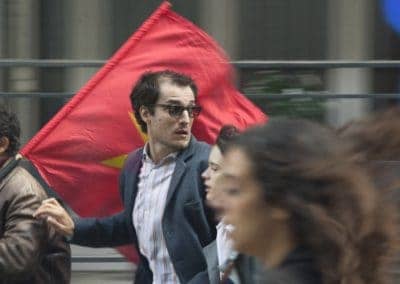 While making his new movie, ‘La Chinoise,’ he starts doubting everything he has ever believed in. He feels he’s old (he’s thirty-seven) and out of touch and marrying an actress Anne Wiazemsky (Martin) almost twenty years his junior, doesn’t help much. She falls in love with his passion and his talent but as he gets more distracted with his heavy interest in politics, he pays less and less attention to her, at one point telling her that love can wait for later. He is always speaking as though his life means nothing but the cinema and when he has switched to politics only, his love life falls in order. He tells her he doesn’t have it in him to make a romantic film, saying, ‘Enough with the dictatorship of sentiments… sentiments don’t make revolutions.’ While loving and attentive early on, as the film continues, she’s starting to see what this means for their future. Previous to marrying him, she thought he was fascinating, unpredictable, charming and funny but before long comes to grip with the fact that he’s miserable and therefore incapable of thinking of anyone but himself. To support her husband, the young bride finds herself running from the police during student marches and protests rather than making films with him, even boycotting the Cannes Film Festival during the strikes of the following year.

The cinematography is outstanding and worth watching for that alone. The comedy, when it kicks in, rivals that of early Woody Allen pictures but takes place so far into the film that you may lose interesting getting there. Like the filmmaker Godard himself eventually became, Hazanavicius, is looking for something other than a joke to entertain you. I’d like to go on record as saying that if the film doesn’t please your palate right away, don’t give up on it. It drags on at first but does get better. There’s a lot of ground to cover and the clever way that this profound character is revealed at such a heavy turning point in his life, shouldn’t be missed by anyone who is looking for something meaningful. Hazanavicius is relaying to his audience a time when the filmmaker was trying to stay relevant. He’ll be criticized for creatively yet harshly revealing this time in Godard’s life but it doesn’t mean it should not have been explored.

*Releasing in Phoenix exclusively at Harkins Camelview at Fashion Square.