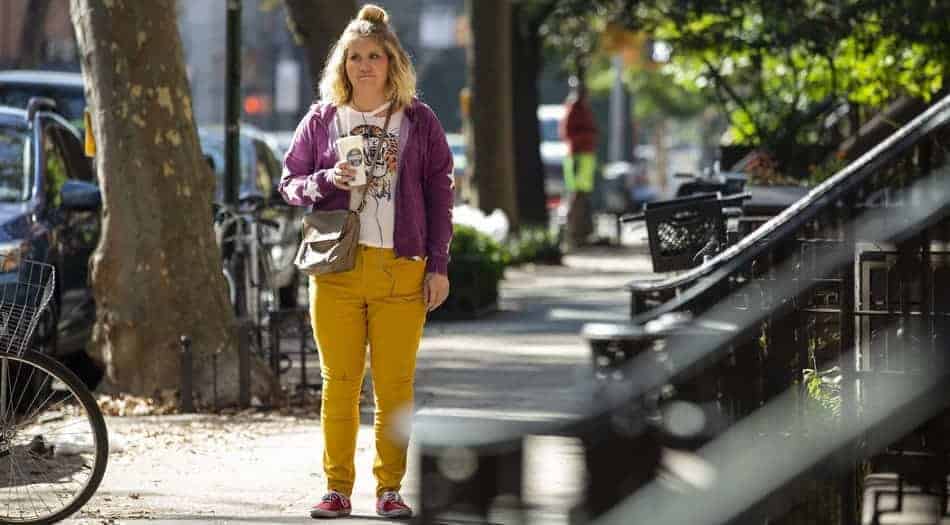 ‘Brittany Runs a Marathon’ just might be the kick in the pants you need to motivate you into getting off the couch and ‘doing it!’ Whatever that ‘it’ happens to be for you, this movie does the job of making you feel as if any and every goal is attainable.

It’s very inspiring, but it’s also a wake-up call to people who might be miserable in their own lives and because of that misery, they miss the moments when people are kind rather than cruel; helpful rather than making fun. Depression can make you build a wall wherein you don’t allow people to get too close. It’s to protect yourself from pain, but it also puts up guardrails where there shouldn’t be any. It’s due to this that you miss out when someone wants to get close to you. Just because they want to get close, it doesn’t mean they want to hurt you or trying to gain access so they can destroy your self-worth. Sometimes it’s because they love you. Shedding pounds can make you look great on the outside, but you must work on what’s on the inside, as well. The situation she finds herself in is Brittany’s most enormous hurdle in life yet.

Brittany (Bell) and her friend and roomie, Gretchen (Lee) like to party. Gretchen has a great social life, but when she’s bored, Brittany has always been the gal with which to hang. They have a great time, or so it seems. Gretchen knows the drugs and booze are too much, but if her friend is doing them, also, then all is fine, right? So, she sabotages Brittany with what she wants, and it makes her feel as if she’s better. Gretchen posts the happiest moments in her life all over social media. She’s a simple woman but wants to appear complicated. Brittany sees right through this but goes out anyway. She’s always the life of the party. The fat girl. The one who makes everyone laugh.

In a thinly veiled attempt to get some drugs, she goes to a doctor visit and gets quite a shock. She’s still young and wasn’t ready to hear what he had to say. She is nearly obese. He starts throwing big numbers out at her, especially her weight and BMI (Body Mass Index). She’s startled to learn that her resting heart rate is elevated. The doctor is concerned about possible diabetes. Her situation is terrible, and she’s worried. For the first time in her life, she must face something serious. Her challenge now is, how?

After her wake-up call with the doctor, she starts looking in the mirror at herself and doesn’t like what she sees. Catherine (Watkins) the woman who lives above her is always going out for a run, and it intimidates Brittany. Everything does. She decides if Catherine can be that healthy, so can she. She goes out to run, sees a reflection of herself, and goes back inside. Brittany also shovels food down her throat… anything to feel better. Eventually, she finds the strength to go outside and run.

Losing weight starts with the first step, so she finally starts. She starts losing weight, too, and feeling better. Then come the friends, Catherine, Seth (Stock) and Jern (Ambudkar). They help her confidence, they support her and teach her how to set goals, and when she reaches them, she starts new ones.

All is going well, but she has an unfortunate slip and her now perfect life starts to fade. She’s a little depressed, and she gets angry because losing weight stops. Anger brings on old habits, and she begins to believe she’ll always be the fat girl no matter what she looks like physically. She starts pushing everyone away again. She can’t move forward because she can’t get passed the things that bring her down. Or can she?

Jillian Bell is fantastic in this role! ‘Brittany Runs a Marathon’ is based on a true story, so she didn’t seem to play Brittany over the top or fake. She’s honest about who this character is, even getting vicious at times to get her point across. ‘Brittany Runs a Marathon’ is the directing debut of award-winning playwright, Paul Downs Colaizzo, and it seems as if the cast took special care to make sure his powerful message of self-realization wouldn’t be missed. Colaizzo’s film will motivate and inspire, as well as entertain. It’s a delight. See it today but have your gym or running shoes with you. Trust me. You’ll want to.