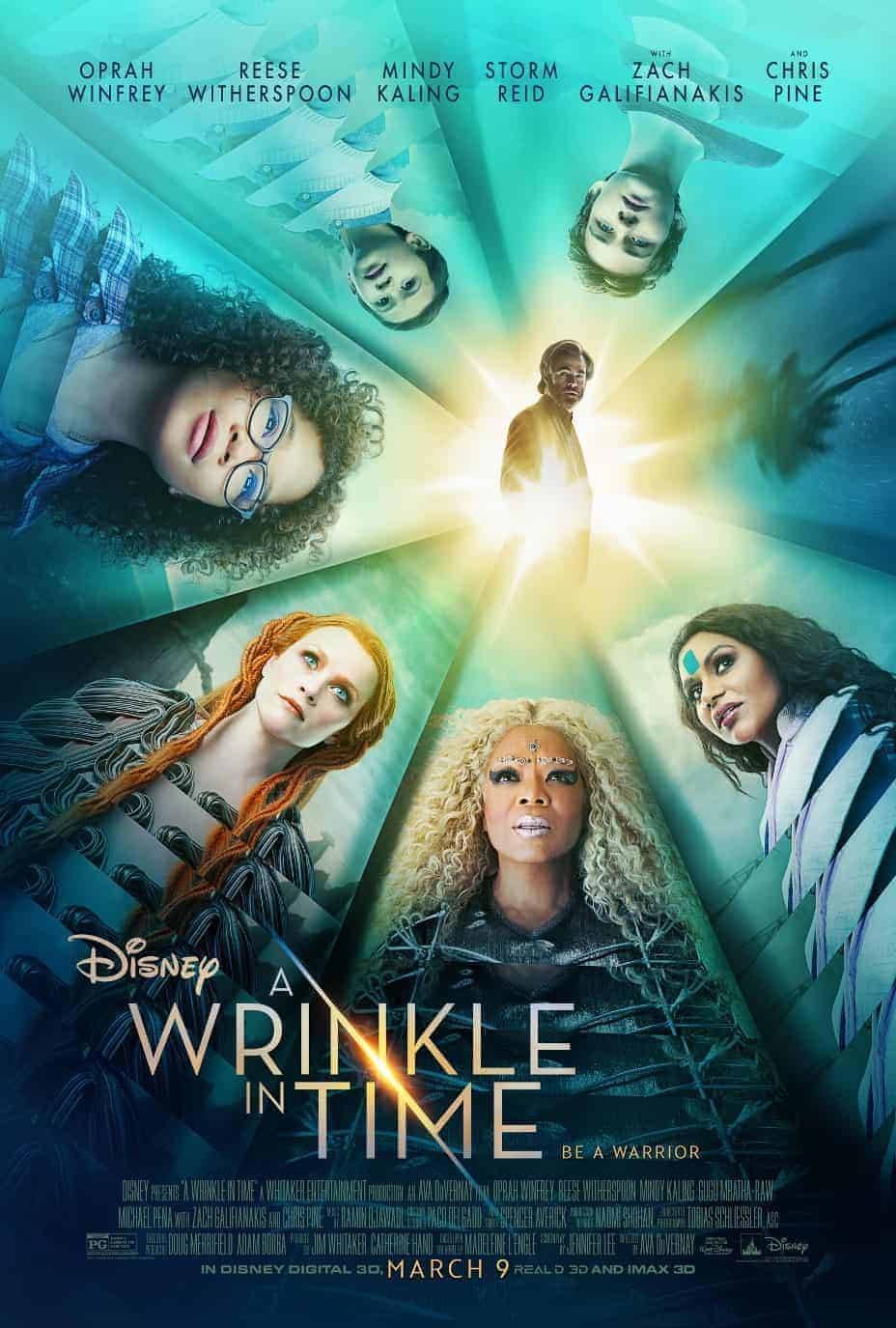 PLUS NEW SONGS BY SIA, KEHLANI AND CHLOE X HALLE

Burbank, Calif. — Feb. 20, 2018 – Walt Disney Records is set to release the digital version of the original motion picture soundtrack to Disney’s “A Wrinkle in Time,” from visionary director Ava DuVernay on March 9th as the film opens in theaters nationwide.

The soundtrack was produced by DuVernay and features the end-credit song “I Believe” performed by Grammy® nominated and multi-platinum selling artists DJ Khaled featuring Demi Lovato.   The song was written by Khaled, Lovato, Denisia “Blu June” Andrews and Brittany “Chi” Coney and was produced by Khaled.  Both artists are embarking on a 20-date North American tour beginning February 26 in San Diego, CA.

The soundtrack also includes two versions of “Flower of the Universe” performed by Sade, one of which is a remix by No I.D.  The multi-Grammy winning and multi-platinum selling artist also co-wrote and co-produced the track with Ben Travers and Andrew Hale. This is Sade’s second original song contribution to a soundtrack following 1986’s “Absolute Beginners.”

Also included is “Warrior,” written and performed by sisters Chloe x Halle.  The duo made a cameo in Beyonce’s Lemonade visual album and were subsequently invited to join as the opening act on The Formation World Tour.  The sisters released their debut EP, Sugar Symphony, in 2016 and are currently series regulars on Freeform’s “Grown-ish.”

The “A Wrinkle in Time” score is composed, conducted and produced by Ramin Djawadi.  The German-born composer has scored over 100 projects including blockbuster films such as “Pacific Rim,” “Iron Man” and “Clash of the Titans” and celebrated television scores including “Game of Thrones,” “Westworld,” “Prison Break” and “The Strain.”

The Grammy and Emmy®-nominated composer recorded the score in Los Angeles with a 71-piece orchestra and a 29-person choir, as well as a 24-member children’s choir.

Speaking of the artists and composer, DuVernay said: “Each song on the ‘Wrinkle in Time’ soundtrack was crafted with great care in close collaboration with the artists. My creative partnership with Sade on ‘Flower of the Universe’ was so connected that I reverse engineered the usual process and used her lyrics as actual dialogue within the film. I truly loved working with DJ Khaled who jumped into this project with open arms and an open heart, along with the great Demi Lovato. Sia, Kehlani and Chloe x Halle beautifully embraced the visuals of the film to create distinct songs that expand and elevate Meg’s heroic journey. And working with Ramin Djawadi was a dream come true as I have been a long-time admirer of his stellar work. His musical compositions for the film are perfectly otherworldly.”

The track list for A Wrinkle in Time follows:

1    Flower of the Universe (No I.D. Remix) Performed by Sade

4    Let Me Live Performed by Kehlani

7    Flower of the Universe Performed by Sade

The physical version will be available following the film’s release on March 30 and can be pre-ordered HERE.

For more information on Walt Disney Records’ releases become a fan at Facebook.com/disneymusic