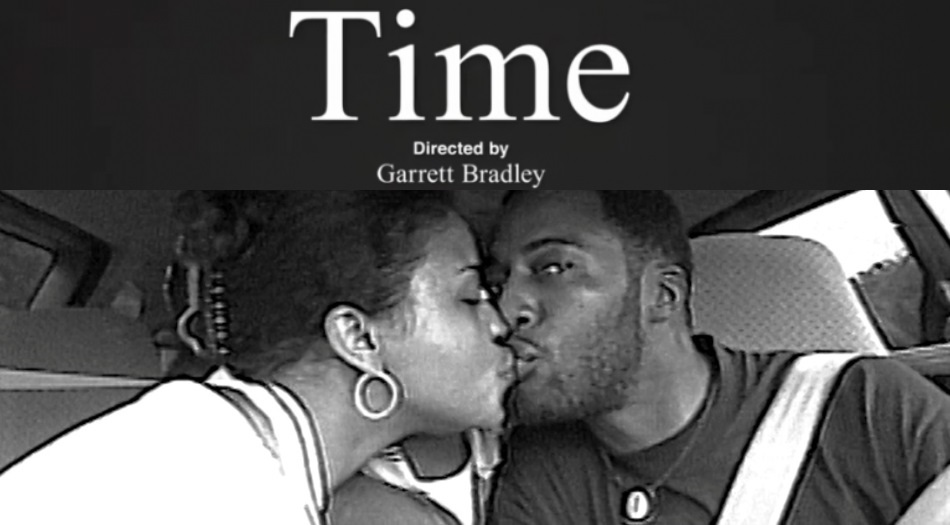 “Time” will open in select theaters October 9th. In the Phoenix Area, “Time” will play exclusively at the Harkins Scottsdale Camelview. Later it will begin streaming on Amazon Prime October 16th

“Time” is a documentary about one family’s struggle due to an extremely long prison sentence given to the husband and father. It is presented in black & white, in part to comment on the justice system’s discrimination when their color is Black versus White.

The story tracks the efforts of Sibil Fox Richardson (who is later known as Fox Rich). Sibil had married her true love when they were both young. Robert G. Richardson and Sibil became husband and wife. They were hoping to find success as a young Black couple in Louisiana near New Orleans. They started a family and started a small business. Things looked up, until things did not. They were caught in a bad economic patch in the early 1990’s. They would lose the business and lose the hope that they had. For some reason – they made a very bad choice.

Rob Richardson and his cousin committed an armed bank robbery. Sibil was the getaway driver. However, there was no ‘getaway’. All of them were apprehended and faced the justice system. Sibil was able to plea down to a fairly short of time in jail. Rob, however, went to a jury trial and was convicted. His offence could carry a sentence anywhere from ten to ninety-nine years. The judge in this case set his time to sixty years. The sentence was within the range of the guidelines, but it was very, very harsh.

Sibil served her time and was released. The family ideals that she and Rob once had were in ruins. She was alone to raise and care for six boys. The youngest was a set of twins born soon after the robbery. Sibil was devastated and made it her goal to remake herself better and stronger. She took the name Fox Rich, and she worked as hard as she could. She was a mother, an entrepreneur and a vocal advocate for prison sentencing reform. She became an author and went to give lectures. And day after day, she never ever let up on the Louisiana legal system. She made her husband Rob the poster boy for excessive sentence reform.

Fox Rich made it a point to call and write the Louisiana Court system and the Prison system. Sometime multiple times a day, she would call to inquire about any new updates on rulings that might benefit her husband Rob. For years and years she continued – each day, each week, and each year — always rolling that stone up the hill. She knew that at some point the tide would turn in her favor. But then twenty years passed by, and she always had the same results…

But in the end, her constant persistence paid off. Even though Robert Richardson had been sentenced without parole, there was something in the legal system that found a way for him to be finally freed. Fox Rich had the help of many people, her family, her church and the local community. There was finally enough water under the bridge. The Louisiana legal system just gave up. The boys (now mostly grown men) would finally have their father back. And Fox Rich would be able to be with her husband once more.

“Time” was created by Garrett Bradley. This is the director who took hours and hours of the family’s home movies and cell phone videos and put them into this story. All of the footage is on black & white. It is unstated if this was specific choice, but it really seems to be for that purpose. The various shots are very home-made, and they have a gritty realism. There is almost no footage of Rob Richardson, but this is because he is in prison for most of that time.

Part of the issue is there is very little guidance or coherence to be found in the footage. The place and the time are never really established. There is a time span of twenty years when this all happens. But there are no subtitles or title cards they announce the date or time and place. That makes viewing the documentary feel very disjointed. Sibil (or later Fox Rich) is always there. But many other side characters, and even family members, are not properly recognized.

The movie does raise some important issues abut race and the legal system, especially in the South. The sentencing guidelines are very broad, and there many times when the color of a convicted person skin can make the sentencing time go way, way up. But this is a single case, and it may or may not reflect on the larger whole. If only there had been an interview with somebody who had studied this and could show definitive proof. Something like that could have really boosted up their argument.

“Do the crime, do the time” — that sounds great, but there ought to be some reasonable limits. If there was nobody injured or dead from that robbery, then why was the man sentenced to sixty years?  Another person says in the movie “Right don’t come to you doin’ wrong”. That is true. But there needs to be more common sense. At the end, Robert Richardson says he believes in one thing: “L.O.V.E. = Life’s Only Valid Expression”.

The goal of the movie is noble and true, but the way it is put together can make a person lose focus on what it is attempting to get across. You will need to judge for yourself if this movie is worth your ‘time’.

“Time” will open in select theaters October 9th. In the Phoenix Area, “Time” will play exclusively at the Harkins Scottsdale Camelview. Later it will begin streaming on Amazon Prime October 16th