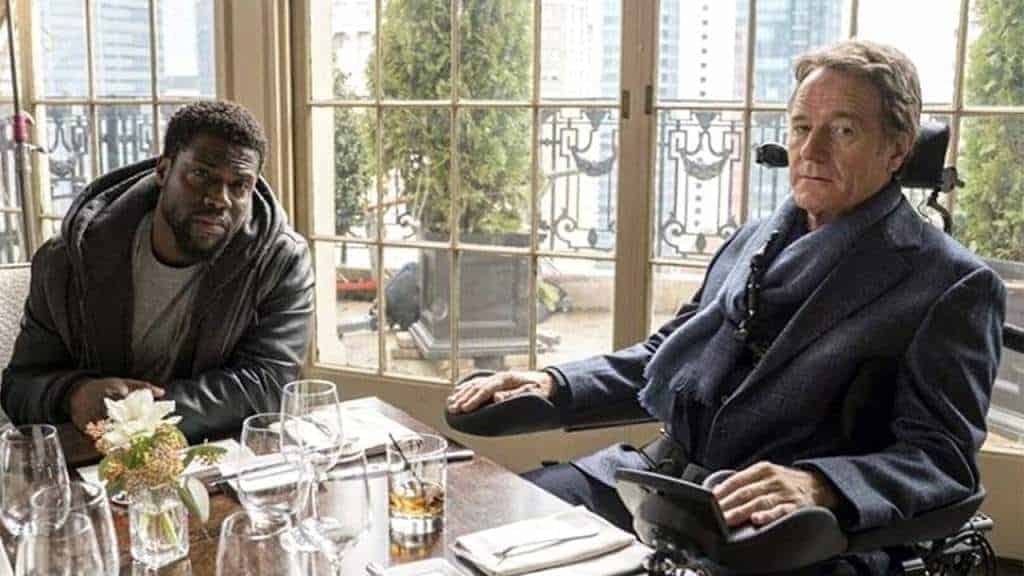 The upside of ‘The Upside’ is that it promises a buddy comedy and delivers that and more. It’s entertaining and humorous but goes deeper as a friendship between the two main characters grows. It’s based off the French film “The Intouchables” which is a story about a rich, white paraplegic who hires a black assistant. Everything about that in today’s society seems untouchable but if you don’t look at race, the film’s quite charming. See it as two people helping each other and both learning from one another and you’ll see the original vision or intent of Olivier Nakache and Philippe Pozzo di Borgo, the writers of ‘The Intouchables,’ message. That message is that friendship sees no color.

‘The Upside’ is about Phillip Lacasse (Cranston) a disabled billionaire confined to a wheelchair, on the search for a new employee. He’s paralyzed from his neck down and, with the help of his secretary, Yvonne Pendleton (Kidman), he’s looking for a live-in caregiver. Easy enough premise. Phillip sees Dell Scott (Hart) move his way through to the front of the applicants and is intrigued. After introductions, he decides to make Dell an offer. Finding that the job isn’t for him, Dell originally turns it down but recent events in his life have left him homeless. Once he finds out the offer comes with housing, he takes the position. This tests him because he rarely takes care of himself, let alone be needed to care for another man’s entire well-being. Dell has a son he isn’t exactly father-of-the-year to so watching his character grow is possibly the biggest delight of the movie. There always seems to be some tension between the two men, be it testosterone or jealousy on both sides, but that’s another part of the magic. Dell has to face that he’s never done anything for anyone but himself. And then there’s Phillip. He’s hiding in his misery and contempt for what he no longer has and needs to see what he does have. Dell learns to appreciate the finer things as he is forced to take Phil to the Opera and is introduced to new things such as fine art. On the other hand, Phil must finally confront the fact that the wife he lost to cancer isn’t coming back. He’s broken but alive and should value what he does have. Dell’s tactics help him concede that he needs to work on being happy.

These characters are portrayed perfectly by pairing Cranston and Hart. It was a joy watching them get to know one another, learn from one another and also get irritated and annoyed with one another. These actors had impeccable chemistry. They never once tried to outperform the other or better each other, instead, worked in perfect tandem to bring their audience a story they could believe and possibly connect with. I’ve seen a lot of negative words being slung its way but ignore those. See this movie. ‘The Upside’ comes out this weekend. Go to the theatre. The story is restorative and satisfying, just what some might need today. I see it as a necessary reminder that we’re all in this together. It’s loving, and you’ll relish the fresh take on the buddy movie. It’s unique and it’s, quite simply, sweet.