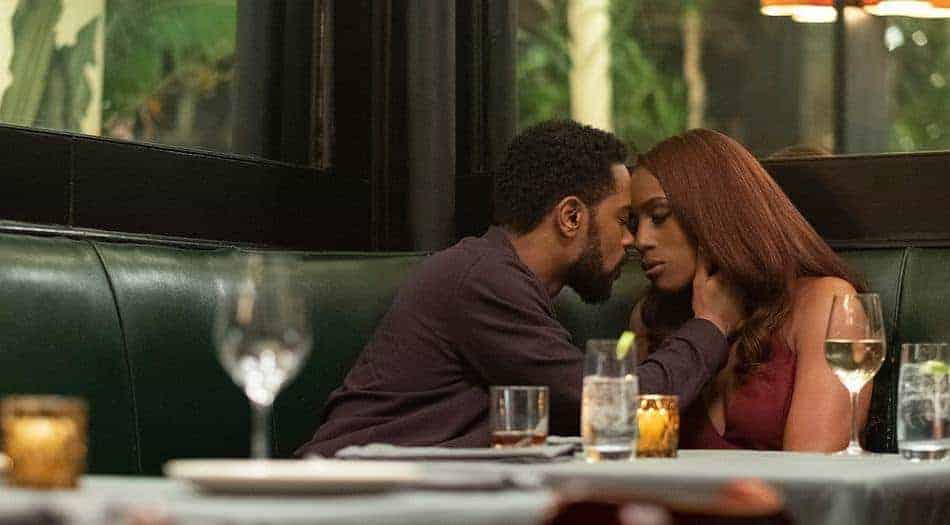 This is a different type of Valentine’s Day movie than what were used to. By that I mean, ‘The Photograph’ is an exceptional story told in an unconventional way.

With the use of flashbacks, it gives you insight into four heads, four hearts and four loves. Two of the plot-lines are of mother and daughter. Two others are of couples struggling with love. But all involve one woman who is inextricably caught up in the chaos of it all. At times, it moves slowly but understand love between people who generally run from it, it’s acceptable to let the tale gradually evolve. This is a beautiful account of the fact that it can take what’s best for us, a long time to develop. It’s also a sad reminder that sometimes, when we don’t speak up and say what’s in our hearts, the picture may never quite come into focus.

Written and directed by Stella Meghie (Everything, Everything), it’s important to note that she so loves her characters she takes great care in picking music that sets the tone for every mood she wants them to convey to the audience. Beware. She has a rather sophisticated palate. The way she has her characters swaddled in jazz; she gives you the feeling that you’ve learned a little something by the time you leave the theatre. If you’ve never quite liked Al Green, Whitney Houston and Anita Baker before, you will now, especially by hearing them lined up among the euphonious Robert Glasper score.

Issa Rae (Little, The Hate U Give) who plays Mae and Lakeith Stanfield (Uncut Gems, Knives Out, Sorry to Bother You), Michael Block, are assertive, intelligent individuals who have ambitions beyond finding love, however, when the love-bug bites, how can one stop the infection from spreading? He, a journalist and she, a museum curator, their story starts after the death of her mother, Christina. When he falls in love with Christina’s photography work, he has to know more and does a piece on his subject. He then meets Mae and is as equally drawn in by her presence as he was by what was displayed in Christina’s photos. Her photographs reveal a warmth and passion that burned inside of her that Michael can see is scorching hot inside of Mae.

It’s a somewhat subtle message but if paying close attention, you’ll see the artistry Meghie put in to show you this couple’s love story evolve. The on-screen chemistry between the actors can’t be denied. One could easily imagine them taking it to another level. Also, the script is real. There are sweet, tense and humorous moments in their lives similar to our own. We watch these two go through it all. It’s very personal and it’s easy for you to root for them both. That is until, as everyone else in the movie has at some point, Michael drops a bomb that poor Mae wasn’t expecting. But that’s also the reason to see this movie. Love isn’t always easy but is it strong enough to make it worth the trip?
See ‘The Photograph’ today because outside of Meghie taking it a bit too leisurely at times, it most definitely is!