“The Man Who Invented Christmas” is a spritely look at the creation of a small book in 1843 that led to a revival and appreciation for the Christmas holiday. Charles Dickens came up with “A Christmas Carol” a couple of months before Christmas in that year. It was major effort on his part, but he felt inspired to create a book that would counter his critics. They had called him out after poor reviews on his recent books. This is a fanciful retelling of how Dickens came up with the ideas for “Carol”, and how he got inspirations to write the characters of the novella. In this version, the actual characters of the book become real to Dickens and lead him on to finish the book.

Charles Dickens (Dan Stevens) is a popular author in London who has had a major hit with ‘Oliver Twist’. But his recent work has been lackluster and the public is less than enthused. Dickens needs to create a new book and do it soon, and it must be a smash hit. His agent, John Forster (Justin Edwards) tries to get the publishers to advance Dickens money to create a new book. Dickens wants to do a book about Christmas, and he decides to handle it all himself. He will write and book in two months’ time, get it illustrated, published and into the stores by Christmas time. Too bad he is suffering from major writer’s block… 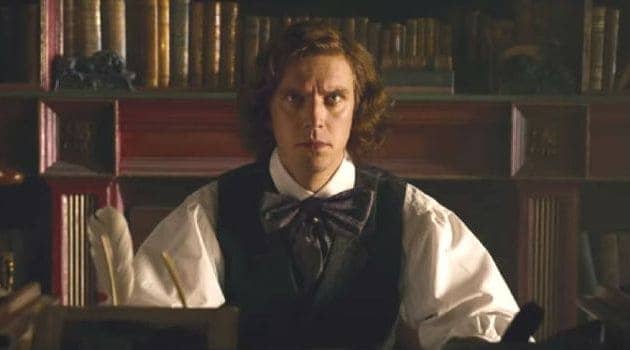 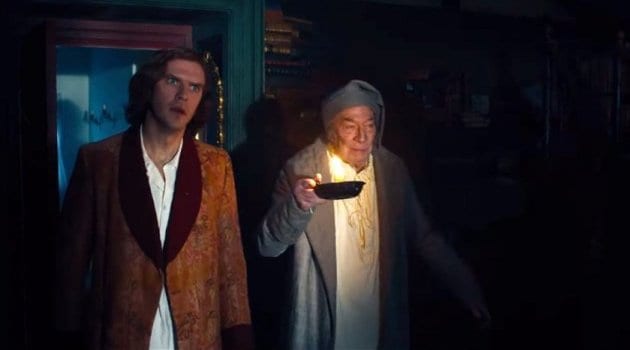 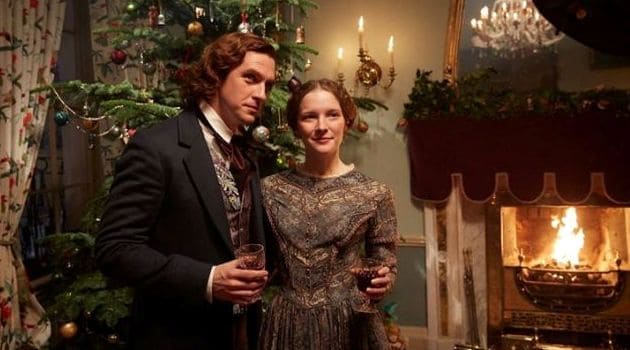 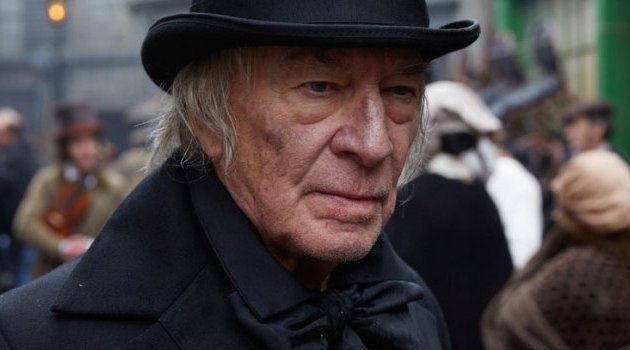 Dickens starts to come up with a way to tell the story of a miserly old man and how three Christmas spirits visit him one Christmas Eve and change his life. The old penny-pinching scoundrel is named Scrooge (Christopher Plummer) and that character comes alive in Dickens’ real world. Scrooge, and many other fanciful characters from “A Christmas Carol”, join with Dickens on his quest to write the book. His wife (Morfydd Clark) thinks that Charles is acting a little funny, but that is par for the course. His father, John Dickens (Jonathan Pryce), also comes to stay for a few months and that adds to the commotion. John had been an uneven influence on Charles growing up. John had spent time in the Debtors Prison, which caused Charles to be put into a terrible workhouse environment.

As Dickens becomes more obsessed with getting the book out in time, the figure of Scrooge and others from the book haunt him all the time. In his first draft, he decides to let Tiny Tim perish from illness. But his agent and his wife overrule the cruel outcome that would have pleased Scrooge. Scrooge’s delight at the little Tim’s passing makes Dickens change the story and makes Scrooge change his mind. The story gets completed and the illustrator gets the pictures done. The final book gets into bookstores before Christmas and soon everyone loves “A Christmas Carol”. The book is resounding success, and it has never been out-of-print, beginning in 1843

The idea to delve into the back-story of how the influential book was created is a fresh approach to the Christmas classic. Luckily, the story behind the story is enthralling and it is filled with as many interesting people as the book. Charles Dickens life and times growing up in London and becoming a famous author is a fun and uplifting story. Dan Stevens does wonderful job with such an expressive face and knowing eyes. His portrayal is also balanced with Christopher Plummer as Scrooge. It is a role that is comfortable for the experienced actor and he nails it.

The movie moves quickly into a world filled with Dickens’ imagination and his literary friends. The soundtrack, by Mychael Danna, is bright and gives an appropriate bounce to the proceedings. The story gets into a somewhat dark area right near the end, but it rebounds again into a light and breezy ending. The treatment of the events that surround the creation of “A Christmas Carol” can make even a Scrooge be thankful for the holiday spirit.