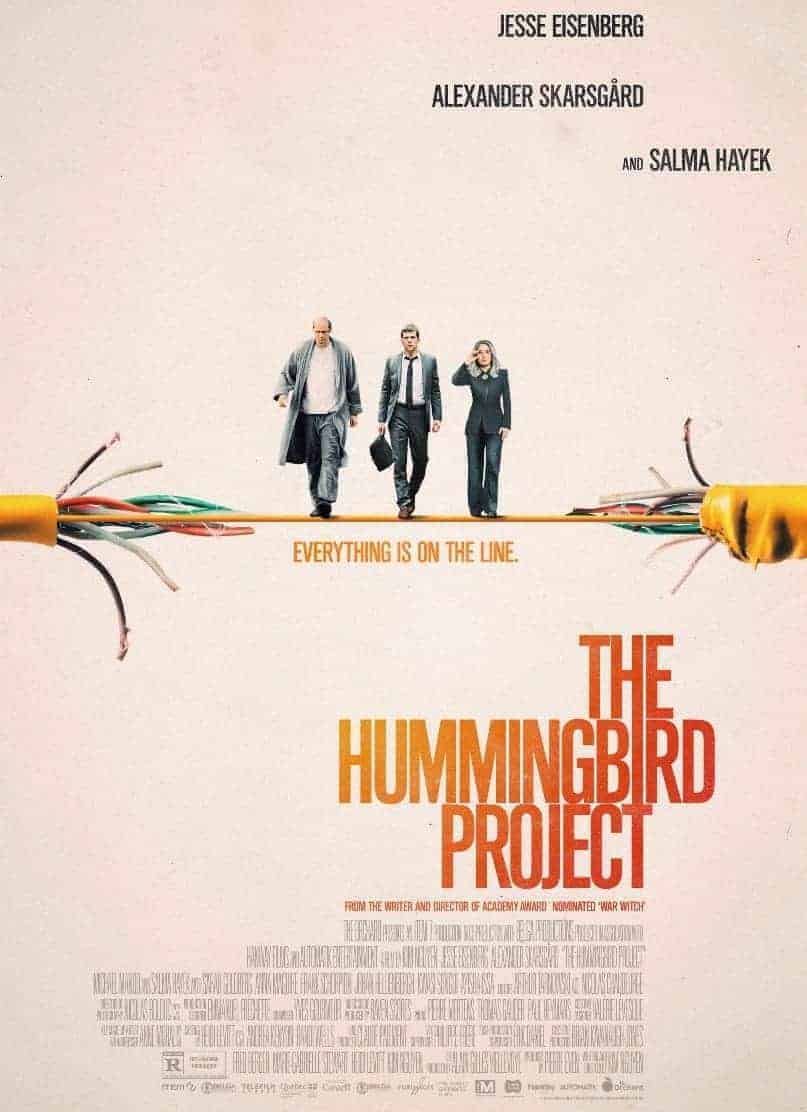 ‘The Hummingbird Project’ just has to based on a true story. It must have really happened. The setup, the punch, the end result. It has a name attached and everything! It’s real! That’s my story and I’m sticking– what?! It isn’t real?! Impossible. This felt so much like true events that I searched for information on its characters, hoping I’d find out more about them. But I was fooled. From what’s going on in the world today, plus such vivid details in the film, it felt like every bit of this happened in a story already forgotten amongst all the rest of how to get more money for ourselves and how to get it faster than anyone else. Oh, and of course, without regard to anyone or anything. Sure, the telling of two men managing to make digital information move faster, between the Kansas Electronic Exchange and New York Stock Exchange, than anyone else can seem exciting, but I assure you, it’s quite banal. The characters are not, however, which is why I can’t say this is one to skip.

Director Kim Nguyen uncovers for his audience how cutthroat a business the digital world has become. Vincent (Eisenberg) and Anton (Skarsgård) are cousins working in New York. They have a shared dream of building a line of fiber-optic cable from Kansas to New Jersey that would beat out the competition and give everyone using it a leg up on everyone else as far as digital information is concerned. Every millisecond counts, after all. If this procedure goes well, they will make millions. They’re the perfect team to get this done… on paper. They can talk a good game and do have the smarts but are impractical, even farcical when it comes to executing their own proposal. Vincent is a fast talker who’s, well, very much like Jesse Eisenberg but Anton is quite different. That difference is the story and, comparatively, quite appealing.

Vincent talks people out of their money to help the pair advance in their business. That’s what he does best. With the other side of his mouth, he can communicate to another person he’s taking advantage of, that if they help him, it’ll benefit them. It’s for the best if they give Vincent a piece of their property to dig under. Sure he may have to part with a few bucks, but in the end, Vincent comes out on top.

He too good at getting them everything they want that you know it’s too good to be true. Yep. He suddenly falls ill… leaving Anton. Anton is a special nerd who isn’t good on his own. He’s not the hustler Vincent is and when pressured tends to break down. They’re an unreliable team but if it wasn’t for their old boss, Eva Torres (Hayek), trying to stop them at every turn, they’d have gotten a lot further. 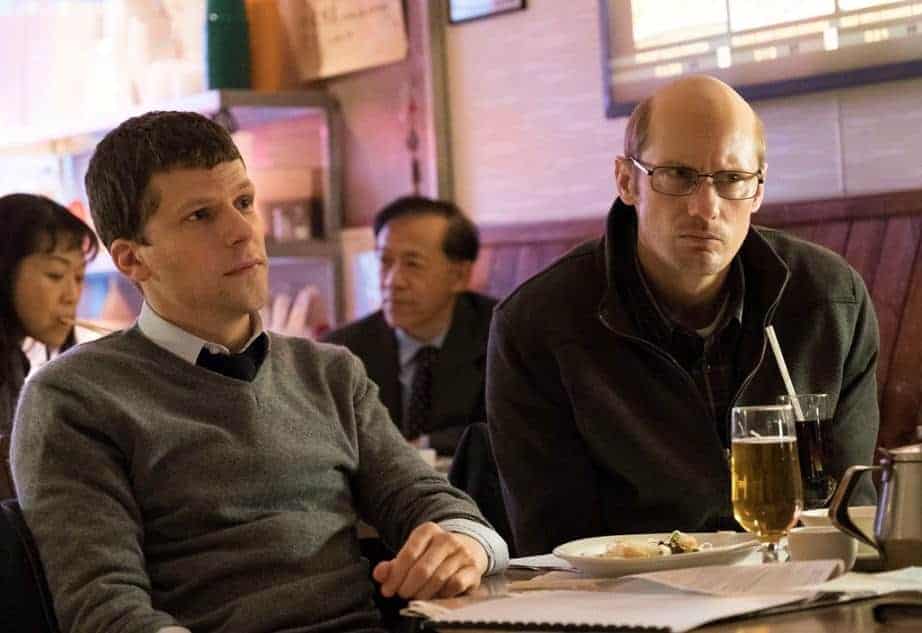 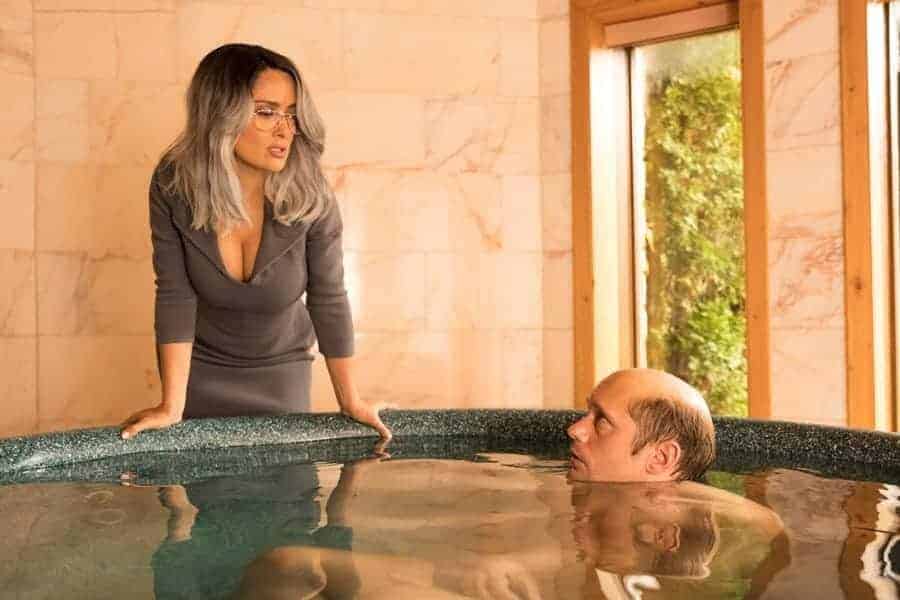 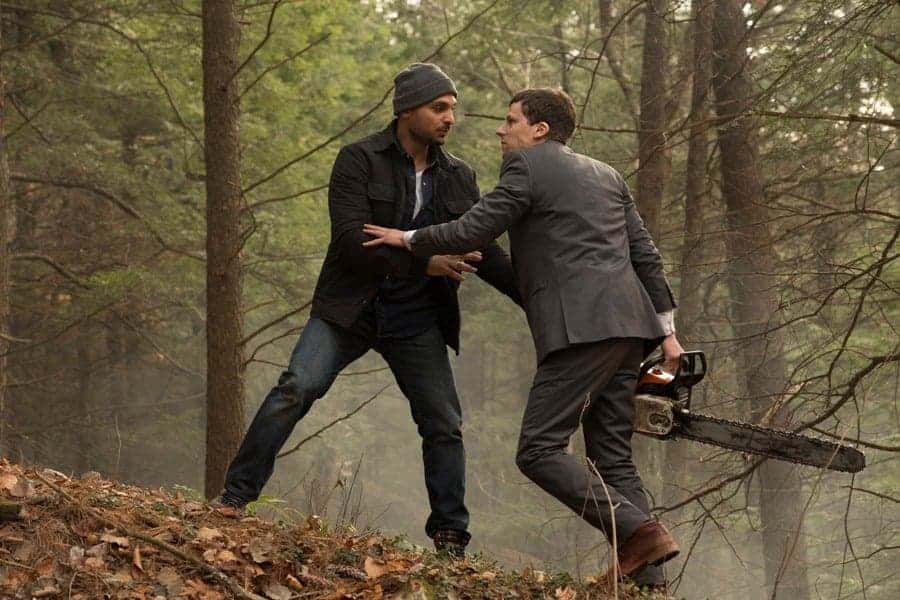 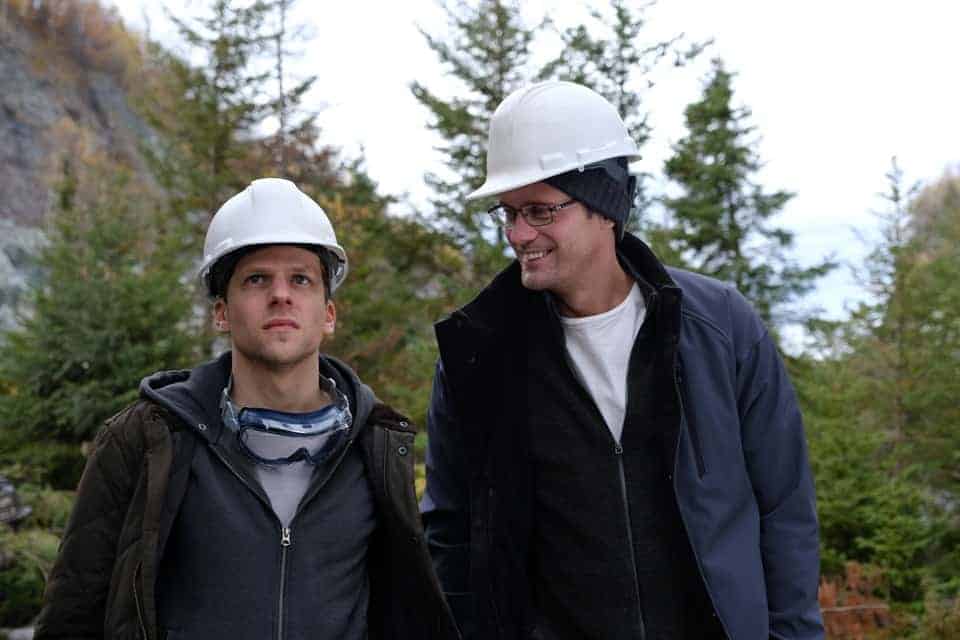 Eva is the powerful and manipulative trader at the top who lost Vincent and Anton as employees but will not lose her speed to them. What it comes down to is, they’re in way over their heads. Once they found out Eva was tipped off to what they were doing, maybe they should have gotten out of the pool.

Skarsgård was fantastic in this. He was comedic yet, simply… strange. This character is unlike anything he’s done before which is always a plus for any actor and certainly his audience. Eisenberg was incredible. I’ve yet to see him in anything I didn’t love him in. Here his performance is stirring and powerful. He nails the role every single time. And Hayek was strong in the devious, scheming administrative role that usually goes to a man. The film these actors were in together wasn’t quite as good as they were in their roles, but it was thought-provoking at times and an insanely deep ride to be on. Though it isn’t all that exciting, it does move at a pace that will keep you involved in the story to see it all play out. As I’ve stated though, it’s the list of well-chosen actors that will make you have to stay and see what would keep a man with stomach cancer from giving up his optic dreams. His idea is absurd. The logic behind it makes no sense. What’s a millisecond right? Thing is, apparently, to the stock market, it’s everything.

This film will be opening at Harkins Shea 14 this Friday, March 22nd.