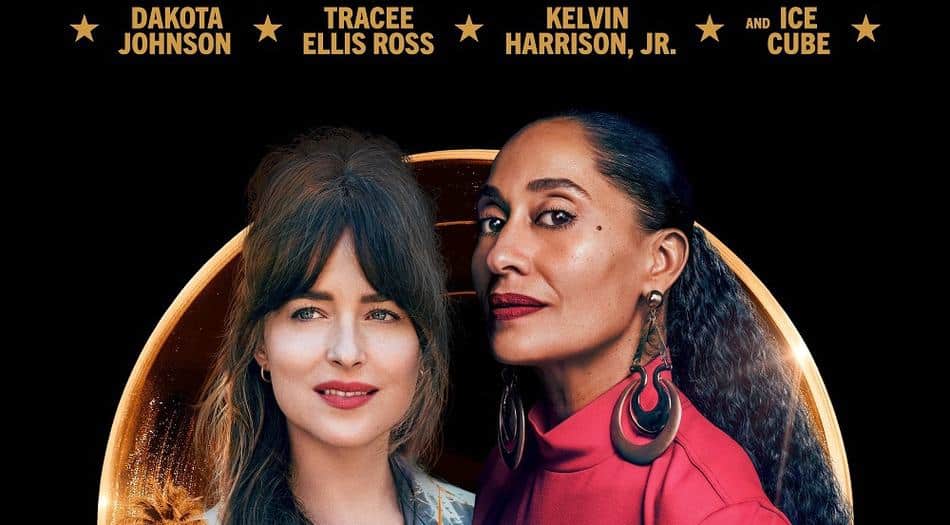 If a story is conventional and rather cut-and-dried, but you can enjoy it because of its entertainment value and talent, see ‘The High Note.’ As mentioned, it is formulaic, but the stars are decent, I prized the character development and thoroughly enjoyed the soundtrack. I think you will, too.

Covid-19 doesn’t let you revel in the music blasting out at you from giant speakers at the theatre, in the style we’ve become accustomed to, because you’ll be watching at home, but cable has been around a long time. When has sitting at home in our sweats ever gotten in the way of the sheer delight we get from watching a movie? Never has. Never will.

Maggie, played by Dakota Johnson (Fifty Shades of Grey), whose parents are Don Johnson and Melanie Griffith, is the personal assistant to the legendary singer Grace Davis. Davis, a fulltime diva, is played by Tracee Ellis Ross (Black-ish) who also happens to be the daughter of someone famous, Diana Ross. The fact that they were raised by famous parents may have something to do with why the movies felt so authentic.

Davis is described as ‘Whitney, Aretha, and Donna (Summer) all rolled into one.’ The film opens by introducing us to Davis via putting on display the various magazine covers she’s been on the cover of and the awards she’s won throughout her career. She is older but still adored by her fans who have been wondering when she’s going to put out a new album. Maggie treasures the music that her boss makes and respects her, even though she works a lot of hours and performs some arduous tasks. That said, Maggie also has connections to people her boss has access to, something that comes in handy when she decides to have fun in a studio by producing a cut of a greatest hits album for Davis. Her manager Jack is performed by Ice Cube (Friday). He’s a hothead and doesn’t appreciate Maggie’s input on anything. He believes that Davis would better serve her fans and, therefore, ultimately Davis and her staff, if she instead followed the playbook of other famous singers and took a residency on the Vegas strip. The very thought of this angers Maggie because she knows Grace has more in her to give. Her topmost dream would be to produce an album for her. That said, she reminds her employer of something she once said on Oprah, ‘When there are no more surprises, who am I doing the music for?’ To Maggie, if Grace takes a job in Vegas, it could be the quintessential end of the road for her career.

Where the storyline goes from there is an opportunity. Not only opportunity but it’s also where the romance part of the script comes in. Producer wannabe Maggie, meets a singer named David Cliff, played by Kelvin Harrison Jr., star of the 2019 movies ‘Luce’ and ‘Waves.’ She knows a good thing when she hears it and Cliff has the goods. He has the whole package, in fact. So, she talks to him and mentions that she can help him get in the business. I don’t want to tell you more except that what happens beyond this is heartwarming, cheerful, and will leave you ready not only to see it again but to shop for the soundtrack.

@peepso_user_49445(vickiecouturier) I think that it should be good,,she looks and sounds just like her mother,so they have a ton of tallent in that movie
1 person likes this