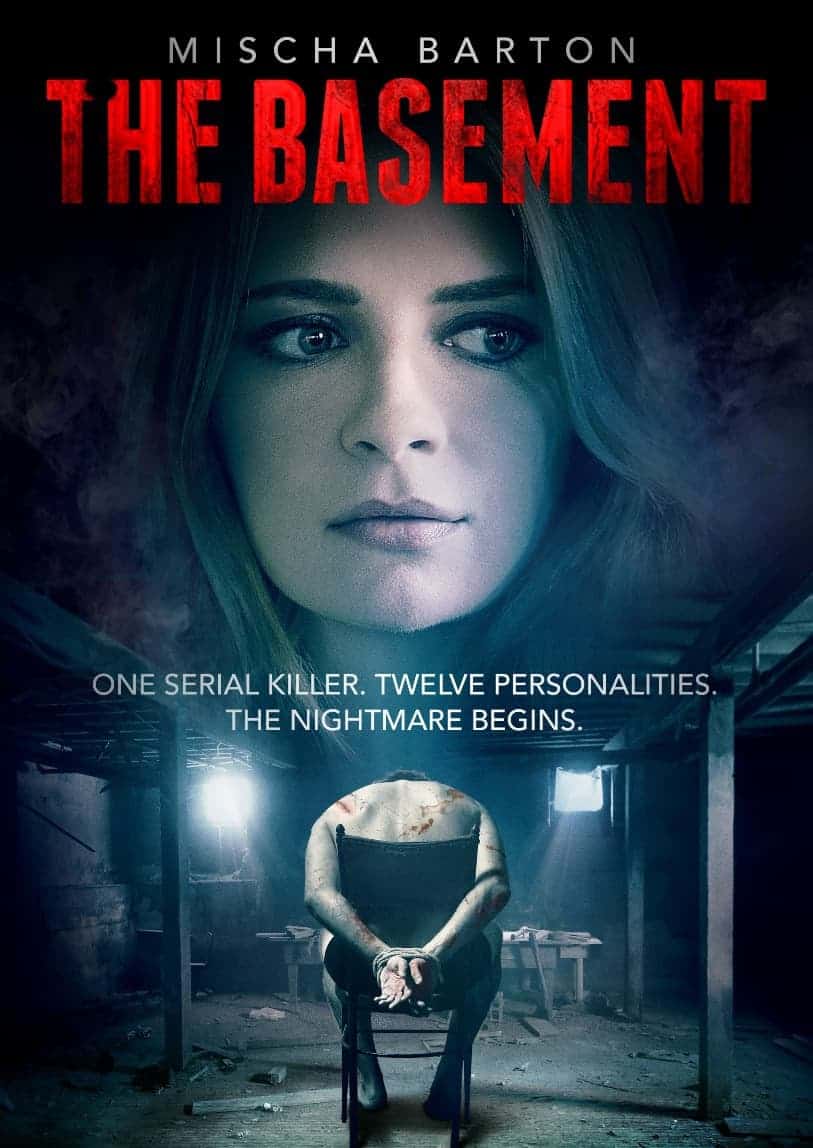 Before the film starts, there’s an introduction that tells us the third sign of the Zodiac is known as the Gemini… which is also referred to as ‘the twins.’ This is because Gemini’s are known to have a dual nature.

We open on a man we learn is Craig (Long), a popular and wealthy guitarist. He stops at a gas station and is texting who appears to be his wife or girlfriend and who hopes to see him soon. He finishes a message to her and puts his phone away. At that moment, he’s grabbed from behind and stuffed into a van.

Craig awakens, in a dark basement, tied to an old school desk, unable to move. He’s frightened and confused when a clown (Davis) comes out of the darkness and approaches him. The clown refers to Craig as Bill. Craig is abused by the sadistic clown who also oddly admits that he, himself, may be smiling on the outside but is very lost on the inside. He leaves. Soon after, another man comes down. Craig is accused by the man of killing seven people. The drama intensifies and so does the terror as this man makes demands of Craig to reveal something about the murders that he couldn’t possibly know as he, Craig, is not the killer. One after the other, men come and go, and Craig realizes that with each accusation of the murders and slight revelation of themselves, the men are only one man and that this man is Bill, screaming at himself and at those who hurt him at some point in his life. A cop, a prison guard, even a priest all with stories of their own torture and humiliation are Bill. This is who he became from enduring a life of pain. 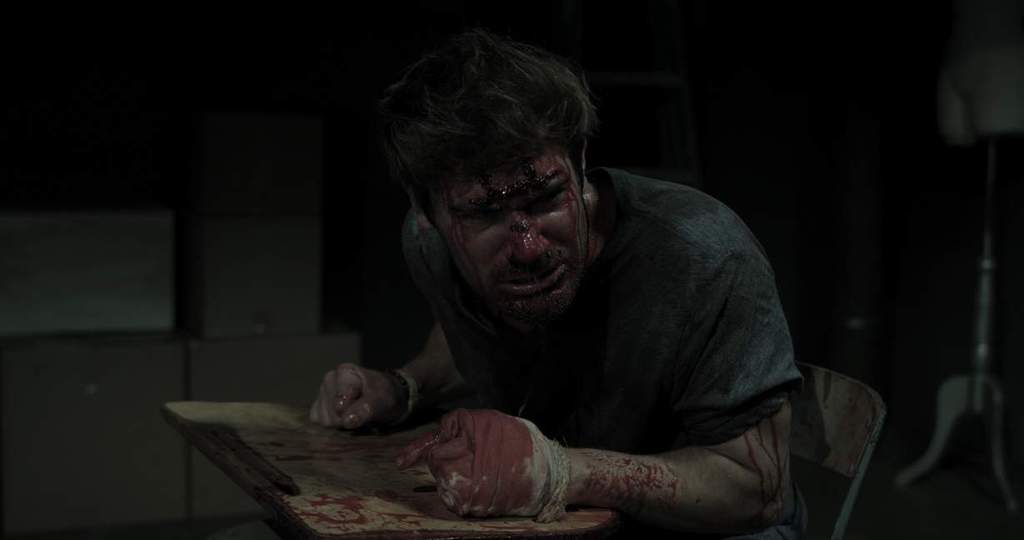 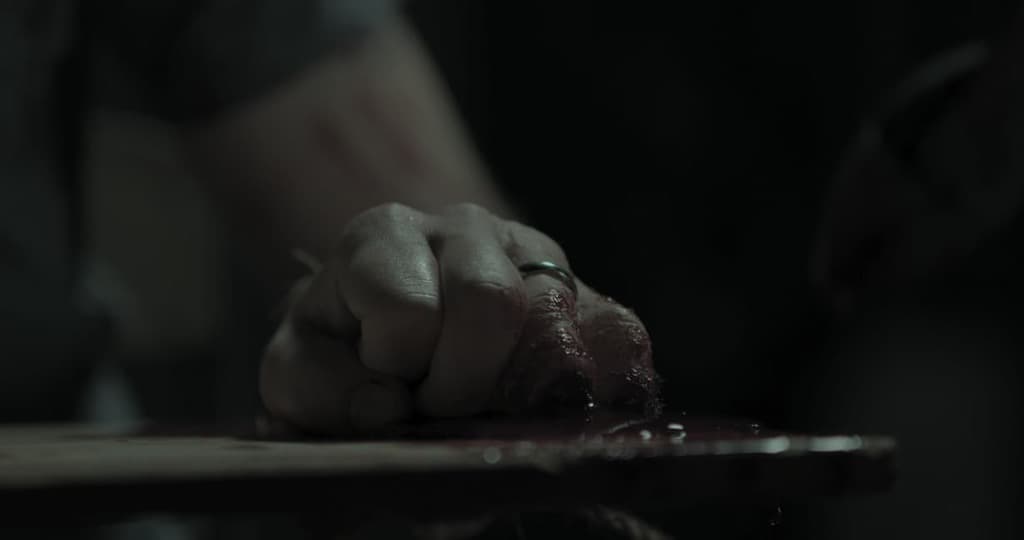 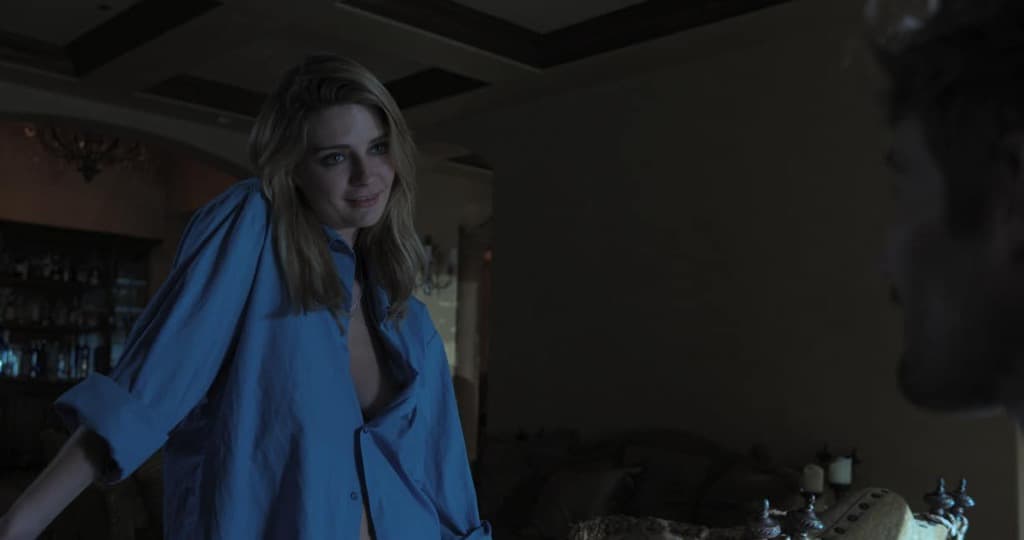 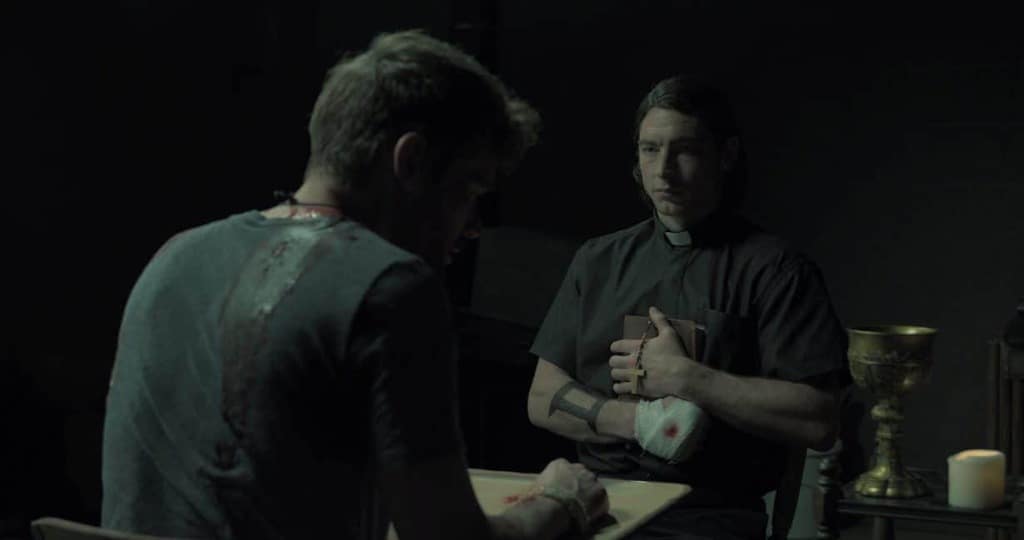 Craig attempts to break through… to get to one of the personalities but finds that he not only isn’t being successful but they’re getting more and more hostile. They ignore his pleas for help. One cuts off his fingers… his livelihood. Craig, horrified and in pain, begs the ‘doctor’ who performed the removal to get him to the hospital but is only met with calm instruction on how to care for his injury. Bill eventually comes down as a woman; his own mother. Craig plays the role of her son and attempts to save his life. She hands him a nail file and leaves. The Prison Guard explains that Craig is about to be executed and he’s treated to his final meal and a priest who lets him confess his sins. The executioner soon arrives. He has three minutes left to live… I’ll let you discover what happens on your own.

While all of this is going on, we see that Craig’s wife, Kelly (Barton) is frantic, calling everyone looking for her husband. She’s beside herself with worry but luckily for her, her best friend Bianca (Borders) is there to hold her hand through this tough time.

This movie is demented, bloody, gory and twisted! I had a nightmare after watching! It’s hard to get over. The effects could have been a lot better but the twist at the end and the acting, especially by Jackson Davis, is absolutely outstanding. He was completely believable as each personality he came down the stairs as, magnificently keeping his cool, showing slight empathy one moment and then becoming a cold monster a mere second after. Though you could tell it was him, the slight changes Jackson Davis displayed made all the difference in the film and without him, it’s reasonable to consider the movie wouldn’t have been as good. If you’re not a true horror fan but love an incredible performance, you’d do worse than to witness what Davis does here.

*In Phoenix, ‘The Basement’ is playing exclusively at AMC Arizona Center