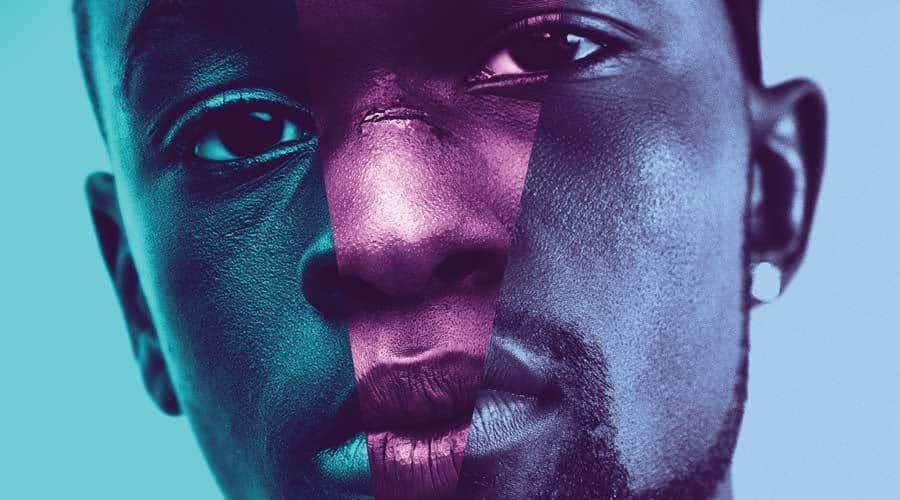 In “Moonlight”, a film presented in three acts, we meet Chiron, a young, poor black boy who knows he’s gay but doesn’t know why or what it means.  Chiron is growing up without a father and barely has a mother.  His mother works all hours and if she isn’t working, she’s doing drugs or turning tricks for drug money and horribly neglecting her son.  He struggles each day to raise himself for he’s alone most of the time and age nine, it’s not easy in his neighborhood to find answers to questions life presents. 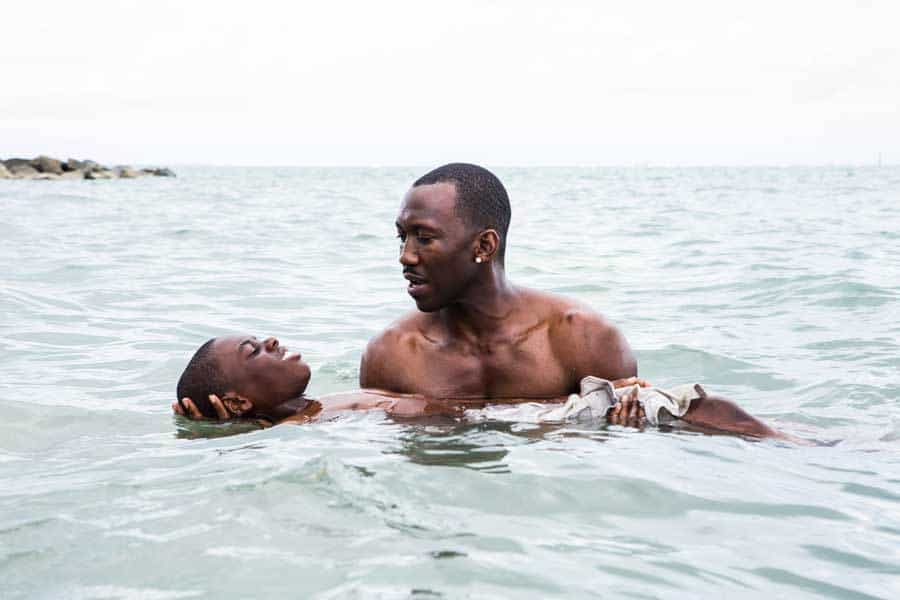 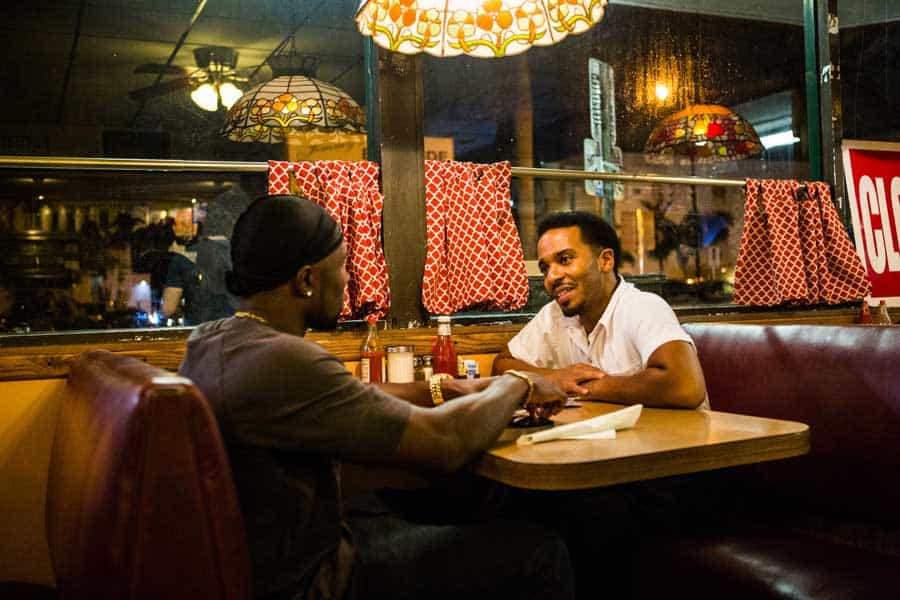 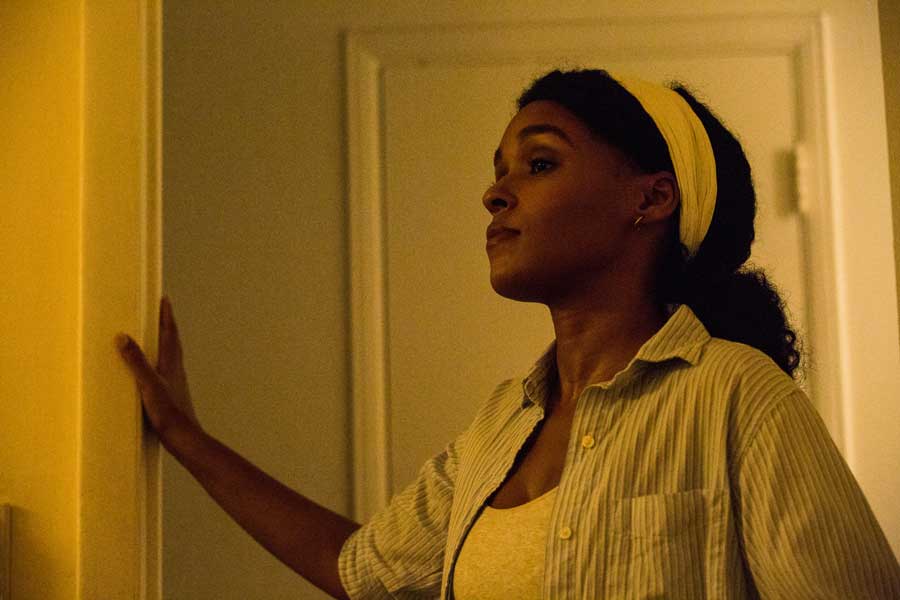 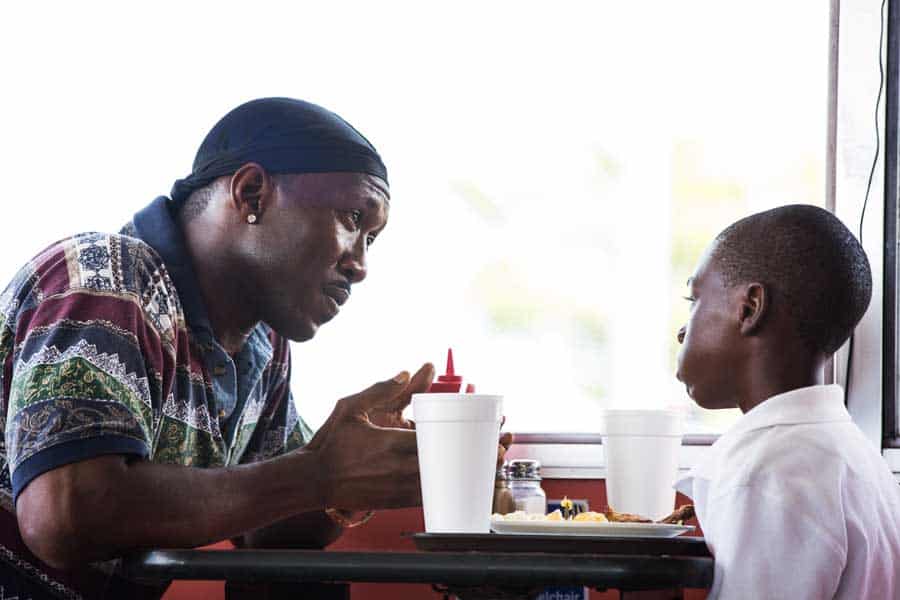 He finds a friend, role model and father figure in Juan (Ali), who is not physically in the film very long but whose presence never leaves.  His character is what carries Chiron and the film forward.  Juan welcomes Chiron into his home, feeds him and shows the child warmth and affection for, possibly, the first time in his life.  Outside of Juan and a friend named Kevin, Chiron’s life is empty and it has left him an emotional cripple.

The film deals with a very sensitive subject quite delicately as we see Chiron has grown from boy to teenager; we begin the second act.  Juan has passed away and he has little to no ambition and nowhere to turn.  Chiron still has Kevin in his life, who has tried for years to toughen Chiron but has never left his side.  The cinematography is used to give you the feeling of being Chiron; alone, confused, chaotic and intoxicatingly muddled.  Some cuts are abrupt and there are deliberate projections of the young man disappearing or being swallowed by his surroundings not to mention an obvious use of hand-held camerawork that sets the tone of fear within him.  You’re absorbed into his life of being odd man out.

The movie will move you with unforgettable performances and an exquisite musical score.
Shari K. Green

Little now understands who he is and a very tender sexual moment on the beach with Kevin is nicely and admirably handled.  Chiron is finally touched gently and lovingly and he learns there is more to life than anger and hate and that what people call him and that which he is inside are very different.

“Moonlight” offers a beautifully shot, sweet, yet at times, terrible look into Chiron’s sexual awakening and becoming a man.  In act three we see that he has toughened up but never has not let go of that moment on the beach; has never gotten over Kevin.  It’s slow at times but the movie will move you with unforgettable performances and an exquisite musical score.  The story is very well written and you’ll be affected by the subject and how it’s taken care of.